Lawmakers in Argentina’s lower house on Friday passed a bill that would legalize abortion in most cases, responding to long-sought demands from women's rights activists.

The bill, which needs approval from the country’s Senate in a debate expected before the end of the year, allows for abortions to be carried out up to the 14th week of pregnancy.

Backed by President Alberto Fernández, the bill was approved in a 131-117 vote with six abstentions after a debate that extended from Thursday into the early hours of Friday morning. 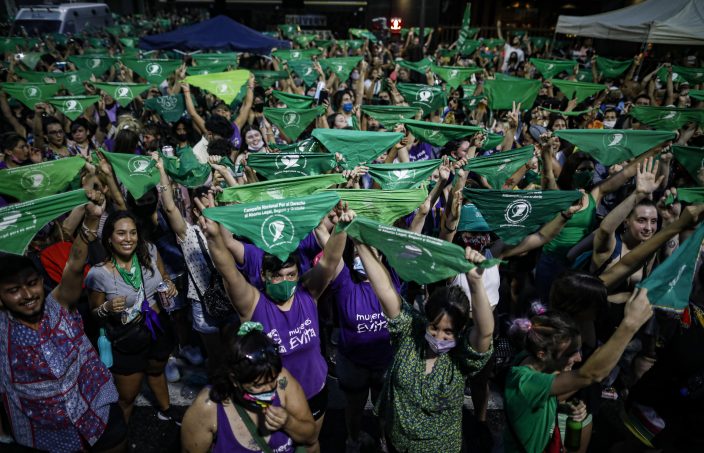 Abortion-rights activists rally outside Congress as lawmakers debate a bill on its legalization, in Buenos Aires, Argentina, Thursday, Dec. 10, 2020. The lower house is expected to vote on a legal abortion bill presented by President Alberto Fernández. (AP PhotoNatacha Pisarenko)