Barcelona will face Paris Saint-Germain in the Champions League round of 16 in a rematch of their classic encounter at the same stage four seasons ago.

In 2017, PSG wasted a 4-0 first-leg lead by losing 6-1 at Camp Nou in the second leg when Barcelona scored three goals from the 88th minute on.

However, Neymar has since left Lionel Messi’s side in Spain and switched to PSG, which also did not have Kylian Mbappé back then. 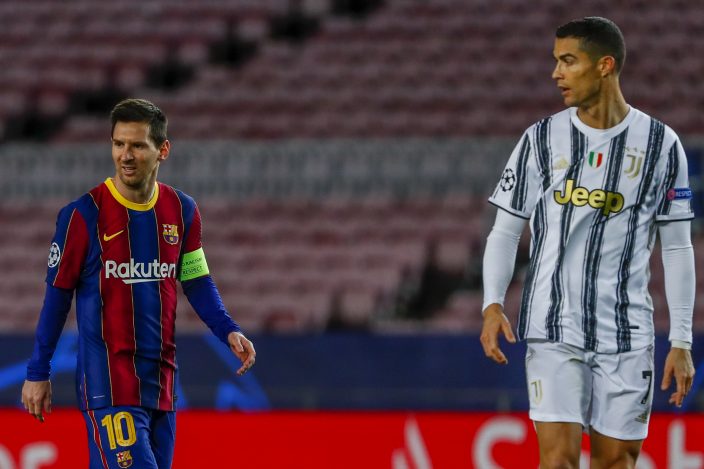 Barcelona will host the first leg this time because it was unseeded in Monday’s draw after failing to win its group.

Defending champion Bayern Munich was paired with a Lazio team returning to the knockout stage after a two-decade gap.

Atalanta will host 13-time champion Real Madrid, and Liverpool is away first against Leipzig. 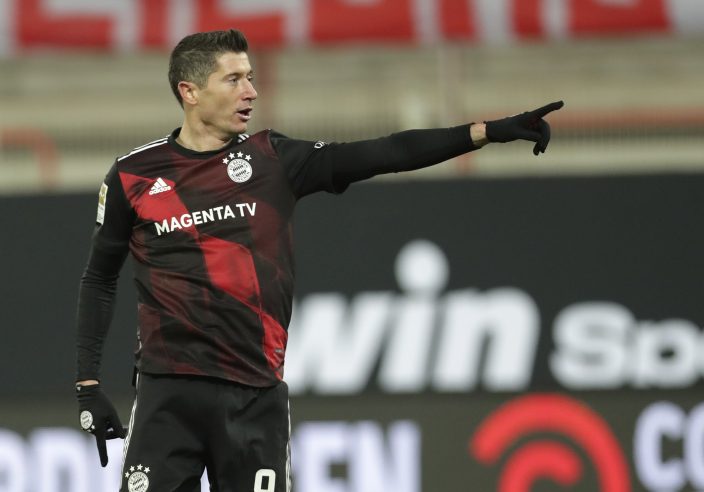 Cristiano Ronaldo will return to his native Portugal with Juventus for the first leg against Porto.

Here are the other pairings: Borussia Mönchengladbach vs. Manchester City; Atlético Madrid vs. Chelsea; and Sevilla vs Borussia Dortmund.

Teams could not be drawn against an opponent from their own country or one they already played in this season’s competition. 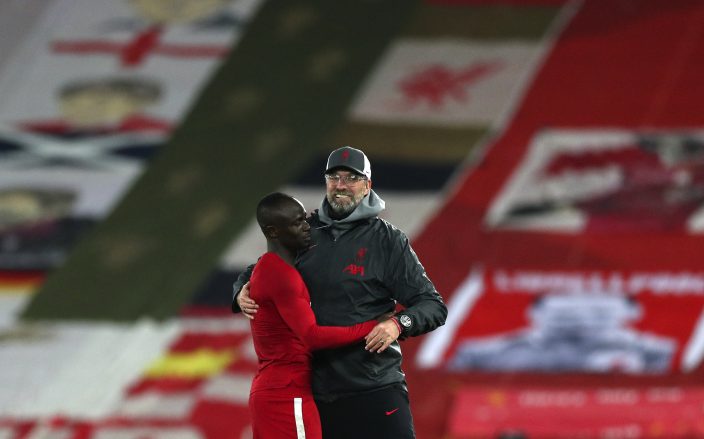 Group winners were seeded in the draw and play the second leg at home.

The final is scheduled May 29 at the Olympic Stadium in Istanbul. 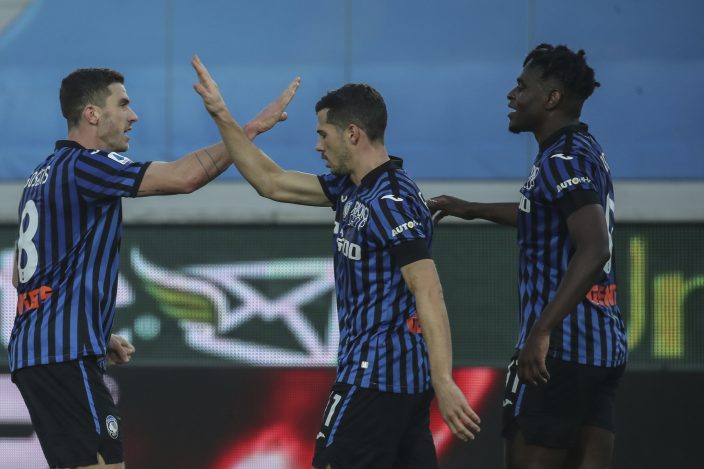 Atalanta's Robin Gosens, left, celebrates with teammates Remo Freuler and Duvan Zapata after scoring his side's first goal during the Serie A soccer match between Atalanta and Fiorentina at the Gewiss Stadium in Bergamo, Italy, Sunday, Dec. 13, 2020. (Stefano NicoliLaPresse via AP)