MOVING ON: Joe Biden’s aides have a message for President Donald Trump and his supporters: It’s long past time to move on. With the Electoral College set to formally elect Biden as president on Monday, his aides say they hope Republicans will consider their own long-term interests and the country’s, accept Trump’s defeat and focus their attention on fighting the coronavirus pandemic and staving off economic tumult. Republicans, by and large, have stood by Trump as he’s made unsubstantiated claims of a rigged election and show no signs they’ll give Biden the semblance of a honeymoon period. 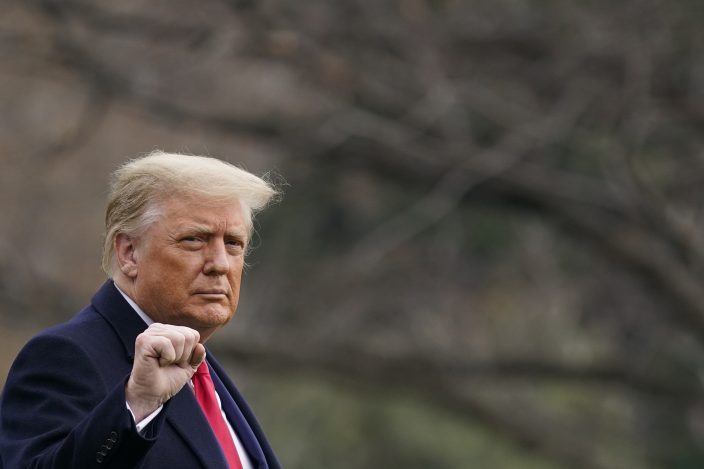 President Donald Trump gestures as he walks on the South Lawn of the White House in Washington, Saturday, Dec. 12, 2020, before boarding Marine One. Trump is en route to the Army-Navy Game at the U.S. Military Academy in West Point, N.Y. (AP PhotoPatrick Semansky)

ELECTORAL COLLEGE: Presidential electors are meeting across the United States to formally choose Biden as the nation’s next president. Monday is the day set by law for the meeting of the Electoral College. In reality, electors meet in all 50 states and the District of Columbia to cast their ballots. The results will be sent to Washington and tallied in a Jan. 6 joint session of Congress over which Vice President Mike Pence will preside.

VACCINE REVERSAL: Trump says he’s reversing an administration directive to vaccinate top government officials against COVID-19 while public distribution of the shot is limited to front-line health workers and people in nursing homes and long-term care facilities. Trump made the announcement in a tweet Sunday night, hours after his administration confirmed that senior U.S. officials, including some White House aides who work in close proximity to Trump and Vice President Mike Pence, would be offered coronavirus vaccines as soon as this week under federal continuity of government plans.

VANDALS HIT CHURCHES: Vandals tore down a Black Lives Matter banner and a sign from two historic Black churches in downtown Washington and set the banner ablaze as nighttime clashes on Saturday between pro-Trump supporters and counterdemonstrators erupted into violence and arrests. Police on Sunday said they were investigating the incidents at the Asbury United Methodist Church and the Metropolitan A.M.E. Church as potential hate crimes. 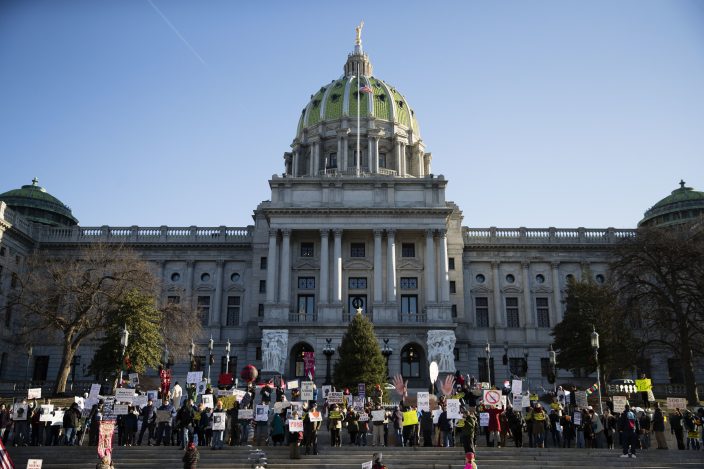 QUOTABLE: “We have won so many times, at this point, in so many different ways. We’re just excited to keep on winning,” said Jen O’Malley Dillon, Biden’s deputy chief of staff, shrugging off Trump’s legal challenges.