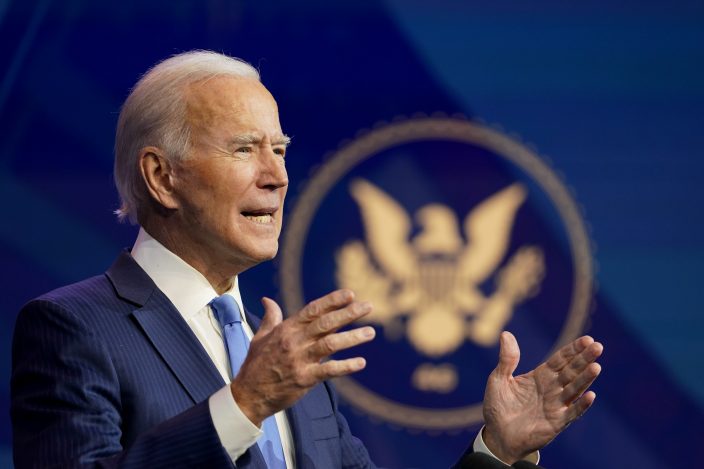 President-elect Joe Biden announces his choice for several positions in his administration during an event at The Queen theater in Wilmington, Del., Friday, Dec. 11, 2020. (AP PhotoSusan Walsh)

Speaking to ABC's “Good Morning America” on Tuesday, Fauci said, “For security reasons, I really feel strongly that we should get them vaccinated as soon as we possibly can." He adds he'd like to see Biden "fully protected as he enters into the presidency in January.”

Fauci says that while President Donald Trump probably still has antibodies to the virus that will protect him for at least several months, he should get the vaccine as well to be “doubly sure.” Trump was hospitalized with COVID-19 in early October.

Fauci says Vice President Mike Pence should get vaccinated, too. He says, “You still want to protect people who are very important to our country right now.” 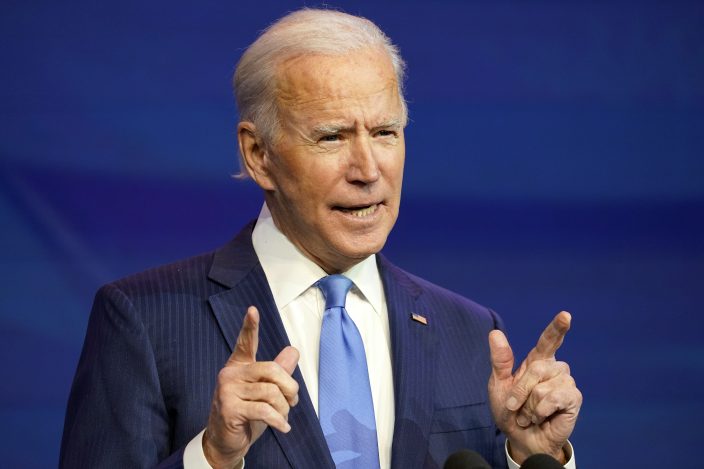 The Electoral College has decisively confirmed Joe Biden as the nation’s next president. Biden pointedly criticized President Donald Trump for threatening core principles of democracy even as he told Americans that their form of self-government ultimately “prevailed.”

— Biden returns to Georgia as validator for Ossoff, Warnock

— Under attack from Trump, institutions bend but don’t break