Ralph Hasenhuttl was only a few weeks into his tenure at Southampton when a giant poster appeared outside the club’s St. Mary’s Stadium.

“Welcome to Ralphampton,” read the poster — a play on words by a sponsor, sure, but also a portent to the stunning effect that Hasenhuttl would soon have on a south coast team which, somewhat improbably, is threatening to break into English soccer’s established elite.

After more than a third of the Premier League, Southampton sits in third place in the standings — behind only Liverpool and Tottenham — and is under the radar no more. 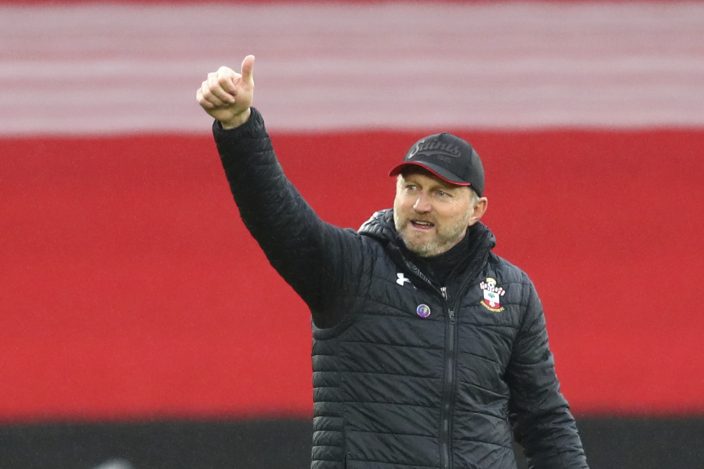 Not when the team is producing the kind of eyebrow-raising stats that prove this start to the season is no fluke. Hasenhuttl vowed to push his players “to their limits” upon being presented as Southampton manager almost exactly two years ago, and he has been true to his word.

Nicknamed by some “The Klopp of the Alps” because of his similarities to Liverpool manager Juergen Klopp in the high-energy approach he likes his teams to adopt, the Austria-born Hasenhuttl has a central midfielder in Oriol Romeu who has won more tackles and made more ball recoveries than any player in the Premier League.

Oriol’s fellow central midfielder, James Ward-Prowse, is not just perhaps the best set-piece taker in the division. His work rate is such that he has had the second most touches of any player in the league. 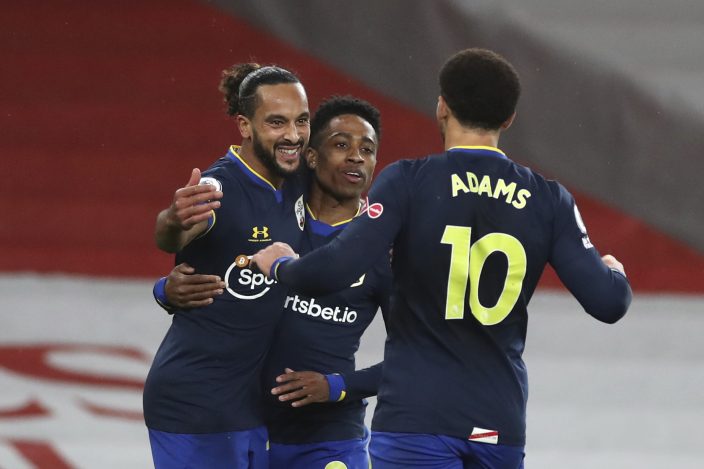 Indeed, Hasenhuttl has turned Southampton into a well-organized, pressing machine — as Arsenal’s players found out on Wednesday when they were given the runaround at home in a match from which they escaped with a 1-1 draw.

“You can feel that a lot of teams have respect for what we are doing and how we are playing," Hasenhuttl said, “and this is a good message for the players.”

Under Hasenhuttl, Southampton might have turned into the best pressing team in the league, able to pin opponents back and force turnovers in dangerous areas with its aggressive 4-2-2-2 formation.

Given Manchester City’s regression as a pressing unit in recent years, the contrast in this area could be stark when the teams meet at St. Mary’s on Saturday in what will be another barometer of Southampton’s progress.

Another signal, too, as to whether the team really can challenge for a top-four finish and upset the big boys of the division.

“We like to be the pirate — it’s more fun than to join the Navy,” Hasenhuttl said last month. “It’s definitely something we can use every day and makes it fun to go and grab some points from the big teams.”

Hasenhuttl arrived from Germany, where he led Ingolstadt to promotion to the Bundesliga and Leipzig to a second-place finish, with a reputation for improving players. The development of Ward-Prowse — now a regular in England’s squad — and hard-working striker Che Adams is testament to that. Star striker Danny Ings is regarded as one of the best strikers in the country, finishing second to Jamie Vardy in the scoring charts last season with 22 goals, and even former England winger Theo Walcott is flourishing in his second spell at the club.

Tellingly, Hasenhuttl also has instilled a belief in his players that has ensured they can quickly get over setbacks. And there have been two major ones over the past 14 months.

The most notorious was the 9-0 home loss to Leicester in October 2019 that will go down as one of the darkest days in the club’s history. Southampton regrouped and finished the season in ninth place and as one of the form teams during lockdown.

This season, a humiliating 5-2 thrashing at home by Tottenham in the second round, when Southampton’s high defensive line was broken time and again, has been followed by a run of 11 matches with just one loss. And that was to Manchester United 3-2 from 2-0 up.

After a 2-0 home win over Newcastle last month, Southampton ended a day in first place in England’s top division for the first time since 1988.

“We have definitely learned to manage the game well,” Hasenhuttl said.

Such has been Southampton’s dramatic improvement that even if Man City wins on Saturday, Pep Guardiola’s team will still be a point behind the Saints in the standings.

In this strangest of seasons being played largely without fans, and when any team can seemingly beat anyone else, why can’t Ralphampton last the pace?

Under Hasenhuttl, anything appears possible.