A judge said Monday that she'll wait until January before deciding whether to give preliminary approval to a $641 million settlement in a lawsuit by Flint residents who were exposed to water contaminated with lead and bacteria.

Residents in the city of 100,000 still will get a chance to give their opinion if preliminary approval is granted, U.S. District Judge Judith Levy told lawyers over Zoom.

“If that hearing needs to go two or three or more days, that is how long it will take,” Levy said. 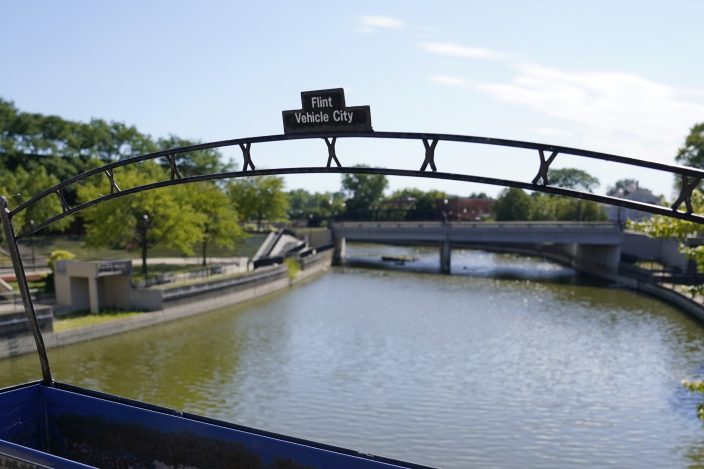 A view of the Flint River in downtown Flint, Mich, Thursday, Aug. 20, 2020. Michigan Gov. Gretchen Whitmer says a proposed $600 million deal between the state of Michigan and Flint residents harmed by lead-tainted water is a step toward making amends. Officials announced the settlement Thursday, which must be approved by a federal judge. (AP PhotoCarlos Osorio)

“I will be keeping the pedal to the metal to move the litigation forward," she said. "But on the other hand, nothing is more important to me than hearing all sides of an issue and having the time to consider them carefully.”

Most of the money — $600 million — is coming from the state of Michigan. Regulators in then-Gov. Rick Snyder's administration allowed Flint to use the Flint River in 2014-15 without treating the water to reduce corrosion. As a result, lead in old pipes broke off and flowed through taps.

Separately, experts have blamed the water for an outbreak of Legionnaires' disease, which led to at least 12 deaths in the Flint area.

Flint would pay $20 million from an insurance policy, but the city council so far hasn't signed on. The deadline is Dec. 31.

An attorney, Corey Stern, said roughly 80% of the money would go to children who were exposed to lead. The exact distribution hasn't been determined. The number of claims will be crucial.

“The amount of money that will flow to children in this settlement will forever change the trajectory of their lives... There are safeguards within the settlement to determine what is actually best for each child,” Stern told the judge.

Attorney Todd Weglarz, however, said adults were being shortchanged.

“Your clients don’t have to accept the settlement,” Levy said. “They will have an opportunity to file an objection.”

There are separate lawsuits pending against the U.S. Environmental Protection Agency and other parties.