By now, making the playoffs might seem as if it’s just supposed to happen for Pete Carroll's crew.

Nine playoff trips in 11 seasons can create that level of expectation.

But the Seattle Seahawks haven’t won an NFC West title since 2016. They haven’t hosted a playoff game since beating Detroit on a Saturday night in January 2017. 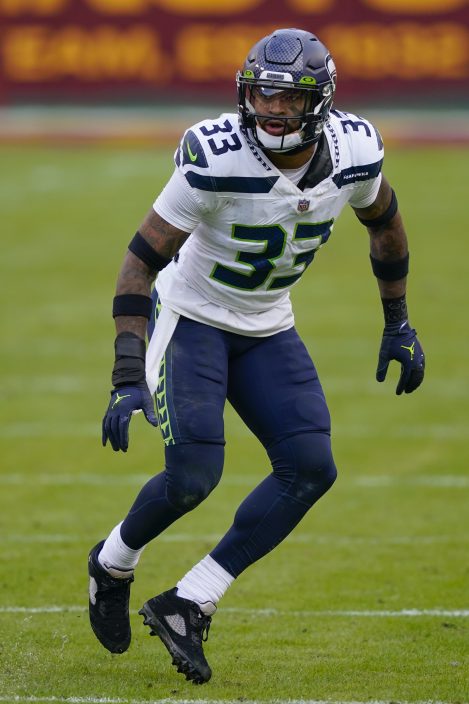 So while Seattle’s 20-15 win over Washington on Sunday was important for wrapping up the Seahawks spot in the postseason yet again, what happened thousands of miles away in Los Angeles was even more important.

When the New York Jets stunned the Rams on Sunday, it set the stage for Seattle to claim the NFC West title with a victory over Los Angeles this week.

“This was a really big weekend for us,” Seattle coach Pete Carroll said on Monday. “Real happy with the game that we put together, the way that the whole approach of it worked out well. We got the win that we were looking for and we got a little bit of help too, the Jets, getting their game. All of that adds together and sets up a really big opportunity this weekend coming up.” 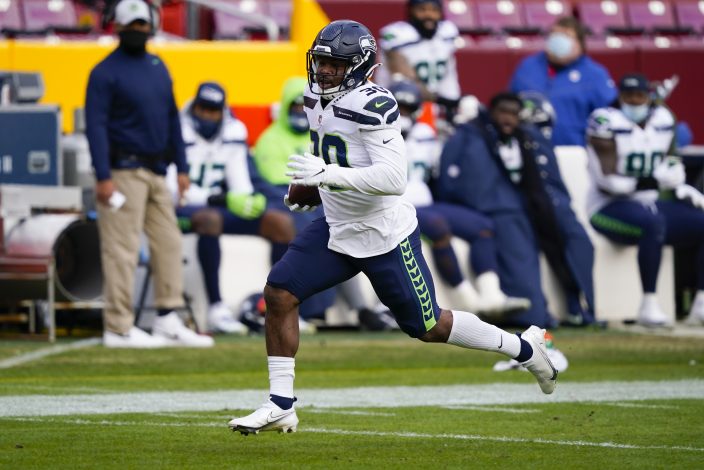 Another playoff appearance for the Seahawks only continues an unprecedented run of success in franchise history. Before Carroll arrived in 2010, Seattle had 10 total playoff appearances with six of those coming during Mike Holmgren’s tenure.

But Seattle wants the division title to go with it this time around.

“It’s pretty cool to clinch it, but we’ve got a big game coming up next week man and I’ll tell you what, I’m looking forward to that,” Seattle safety Jamal Adams said. 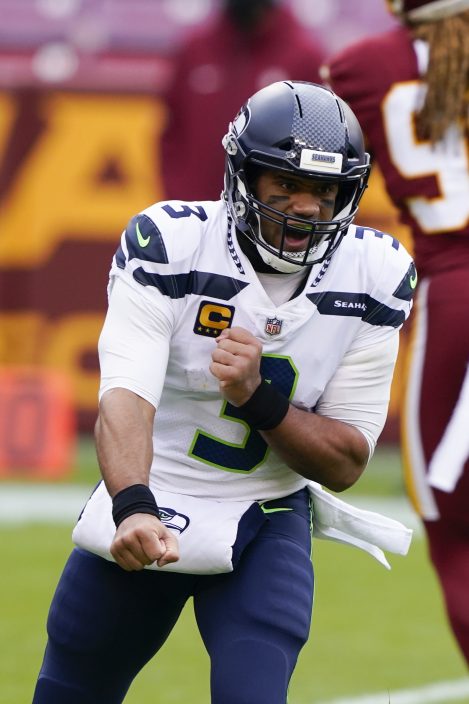 Seattle suddenly has a stable of highly talented running backs. Chris Carson is back healthy. So is Carlos Hyde, amplified by his 50-yard touchdown run on Sunday. And the Seahawks added 2018 first-round pick Rashaad Penny back to the mix with his two carries against Washington.

Considering the Seahawks were so thinned by injuries a year ago they needed to bring Marshawn Lynch out of retirement, it’s a far better situation for Seattle heading toward the postseason.

Earlier in the season, Seattle had a major problem closing out games after building a big lead.

It’s still an issue after nearly letting a 20-3 lead evaporate on Sunday. Seattle needed a couple of late sacks from L.J. Collier and Carlos Dunlap to finally put away Washington.

While the defense was regularly at fault earlier in the season, this time it was on Seattle’s offense. Following Hyde’s TD run on the opening possession of the second half, the Seahawks went three-and-out on three of their final four possessions and threw an interception on the one drive where they gained a first down.

D.J. Reed was cast aside by San Francisco during the preseason because the 49ers believed he wouldn’t be able to contribute this season because of an injury. He’s turned out to be one of the best offseason acquisitions by Seattle GM John Schneider. Seattle provided Reed time to recover and since he was added to the active roster in Week 8 has become a massive contributor to the Seahawks improved defense.

Reed had his second interception of the season on Sunday against Washington in his third straight start. Considering injuries that have slowed Shaquill Griffin, Tre Flowers and Quinton Dunbar at times, Reed has been invaluable.

Dunbar and Flowers may have a really difficult time earning back significant roles because of how well Reed has played. Dunbar has been slowed by a knee injury that Carroll said will need to be addressed in the offseason, but that he should be healthier when he returns. Flowers has been slowed by a hamstring injury. Both Dunbar and Flowers had flashes of playing well, but also moments of major struggles earlier in the season.

Again, the Seahawks appear to be getting healthier as the postseason approaches. Tight end Greg Olsen likely will come off injured reserve this week. Right tackle Brandon Shell (ankle) could return as well. Carroll also said there is a chance WR Josh Gordon could play this week now that he’s eligible to play.

The only injury of significance to come out of Sunday’s win was rookie RB DeeJay Dallas, who has a badly sprained ankle.

2 — Since the beginning of the 2010 season, the Seahawks and Green Bay are the only two NFC teams to have qualified for the playoffs in nine of the past 11 seasons.

Seattle will have a chance to wrap up the NFC West and win a division title for the first time since 2016 with a win over the Rams. Surprisingly, Week 16 has been a problem for Seattle in the past, going just 4-6 in the previous 10 seasons under Carroll.