France insisted Wednesday that European Union negotiators should not yield to any time pressure imposed by the Jan. 1 economic cutoff date in the talks with Britain on a post-Brexit trade agreement, arguing that no deal would be better than a bad one.

Negotiators are dealing with EU fisheries rights in U.K. waters and a few remaining fair competition issues as the last outstanding problems in the nine-month talks that are seeking to avert a chaotic transition on New Year's Day when Britain fully leaves the EU's single market. 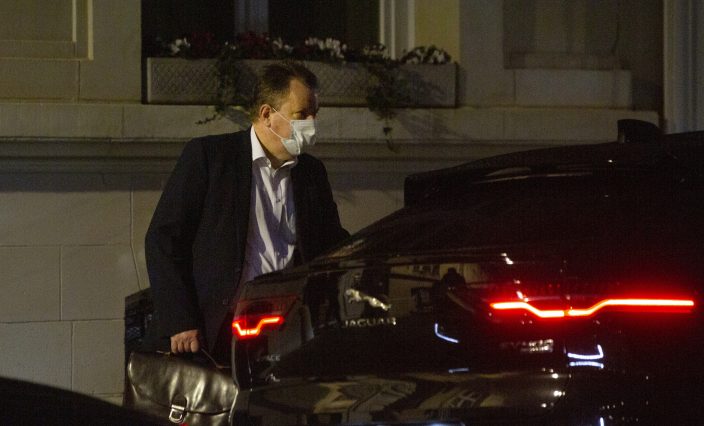 Britain's chief negotiator David Frost leaves the UK ambassadors residence in Brussels, Wednesday, Dec. 23, 2020. Talks continued Wednesday in the bid to put a trade deal between the European Union and the United Kingdom, before a Brexit transition period ends on New Year's Day, with the EU legislature insisting it will not have time to approve a deal. (AP PhotoVirginia Mayo)

But the diplomatic brinkmanship continued despite the urgency for a deal.

“We should not put ourselves, Europeans, under time pressure to finished by this hour or that day. Otherwise we would be put ourselves in a situation to make bad concessions," France's Europe Minister Clement Beaune told the BFM network.

EU officials have already said they would negotiate past Jan. 1 if necessary. 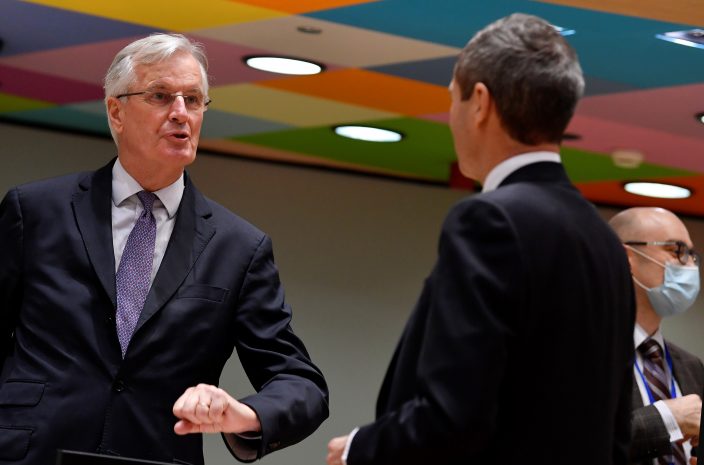 European Union's chief Brexit negotiator Michel Barnier, left, speaks with Ambassador Michael Clauss, Permanent Representative of Germany to the European Union, during a meeting of EU ambassadors in Brussels, Tuesday, Dec. 22, 2020. Problems increased Monday in the bid to put a trade deal between the European Union and the United Kingdom before a Brexit transition period ends on New Year's Day, with the EU legislature insisting it will not have time to approve a deal. (John Thys, Pool via AP)

Rumors of a pre-Christmas Brexit trade deal had risen over the past days based on progress on all the outstanding issues, beyond fishing. Some EU nations insisted, however, that upon close scrutiny, Britain's latest proposals on quotas for EU vessels in U.K. waters were far less conciliatory than first met the eye.

And Beaune also raised fair competition rules as a sticking point, even if some other EU officials said they were close to being dealt with.

The EU has long feared that Britain would undercut the bloc's social, environmental and state aid rules to be able to gain an unfair edge with its exports to the EU. Britain has said that having to meet EU rules would undercut its sovereignty. 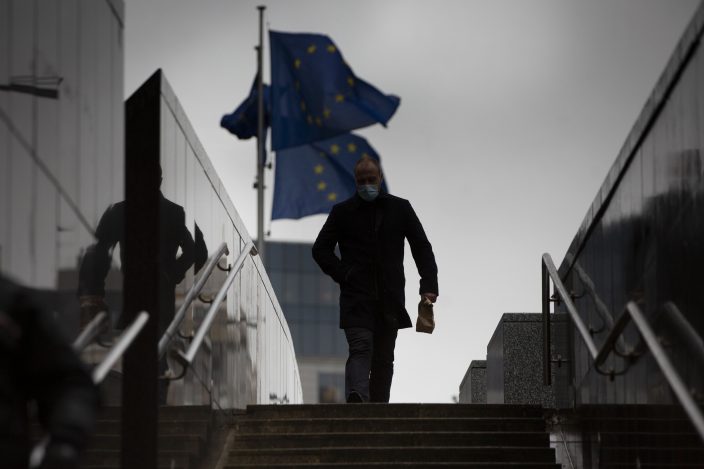 A man walks past EU flags flapping in the wind in front of the European Union headquarters in Brussels, Monday, Dec. 21, 2020. The United Kingdom and the European Union were continuing on Monday a "last attempt" to clinch a post-Brexit trade deal, with EU fishing rights in British waters the most notable remaining obstacle to avoid a chaotic and costly changeover on New Year. (AP PhotoVirginia Mayo)

“Well, if the British come onto our market, well, they can respect our rules. It is elementary economic justice," Beaune said. “We will not cede because of time pressure."

In London, U.K. Cabinet Minister Robert Jenrick said “we will need to get those final issues resolved, and there’s some way further to go on that.” Yet, he still felt ”optimistic, I hope that we can reach an agreement."

If both sides fail to meet the Jan. 1 deadline, it’s unclear under what conditions trade would take place before a deal would eventually be approved.

Over the past few days, British Prime Minister Boris Johnson and EU Commission President Ursula von der Leyen have been drawn more and more into the talks and have been in contact by phone seeking to unblock negotiations.

On Monday, Johnson insisted it didn’t really matter whether an agreement is reached or not, saying Britain would “prosper mightily” even if the talks collapsed overnight.

Yet Beaune said Wednesday morning that a no-deal exit “would be catastrophic for the United Kingdom."

Businesses on both sides are clamoring for a deal that would save tens of billions in costs. A failure to reach a post-Brexit deal would lead to more chaos on Britain’s borders with the EU at the start of 2021, when new tariffs by both sides would add to other impediments to trade.

The border is already reeling from new restrictions placed on travelers from Britain into France and other EU countries due to a new coronavirus variant sweeping through London and southern England. One U.K. minister said Wednesday that some 4,000 trucks were stuck in traffic jams near Dover, waiting for their drivers to get virus tests so they can enter the Eurotunnel to France.

While both sides would suffer economically from a failure to secure a trade deal, most economists think Britain would take a greater hit, at least in the near-term, as it’s relatively more reliant on trade with the EU than the other way around.