Wolfsburg reached the last 16 of the German Cup with a skeleton squad in a 4-0 win over second-tier Sandhausen on Wednesday after the coronavirus and injuries ruled out 11 players.

Four Wolfsburg players missed out after positive coronavirus tests. Three more were in isolation because of close contact with their infected teammates. Coach Oliver Glasner named three reserve goalkeepers among his seven substitutes, with two of the keepers dressed as outfield players.

Those emergency replacements weren't needed as Wolfsburg cruised to a straightforward win with two goals from Wout Weghorst. Stuttgart's Gonzales Castro, from right, goal scorer Sasa Kalajdzic and Nicolas Gonzalez celebrate after the goal for 1:0, next to them Freiburg's Jonathan Schmid, during the German Cup 2nd round soccer match between VfB Stuttgart and SC Freiburg at Mercedes-Benz Arena, in Stuttgart, Germany, Wednesday, Dec. 23, 2020. (Marijan Muratdpa via AP)

Stuttgart beat Freiburg 1-0 in the only all top-division game of the day after holding on to the lead following Sasa Kalajdzic's 15th-minute goal for the hosts. The result ends a successful 2020 for Stuttgart, which won promotion back to the Bundesliga and sits seventh in the table.

Mainz is battling against relegation from the Bundesliga and got no respite in a 3-0 loss on penalties against second-tier Bochum after extra time ended 2-2. Mainz conceded a 90th-minute equalizer and couldn't score in extra time even after Bochum had goalkeeper Manuel Riemann sent off. Facing substitute keeper Patrick Drewes in the shootout, Mainz hit its first penalty against the post, the second against the crossbar and saw the third saved. 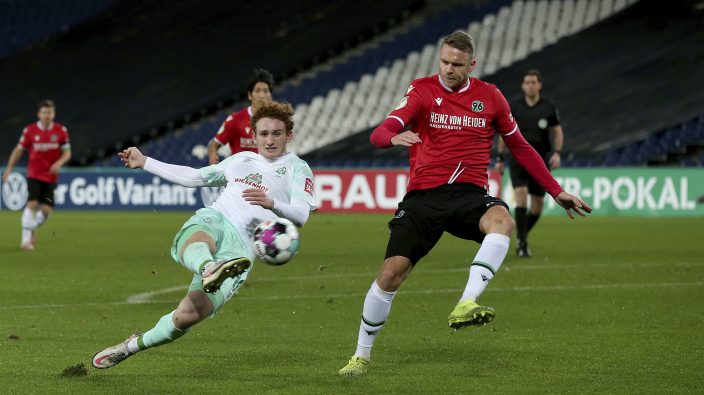 It was the last day of games in Germany before a shortened winter break. The Bundesliga returns Jan. 2.

This story has been corrected to show that Rot-Weiss Essen beat Fortuna Düsseldorf 3-2, not 3-1. 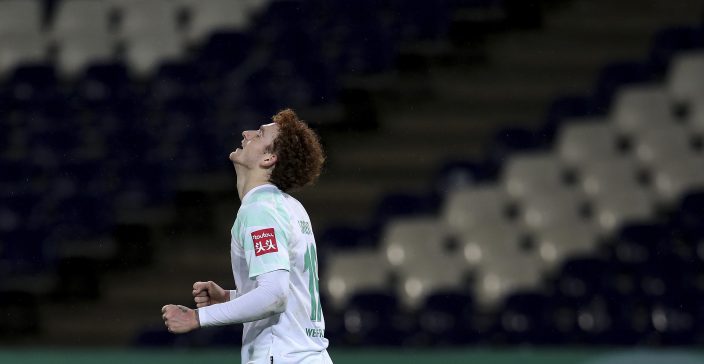 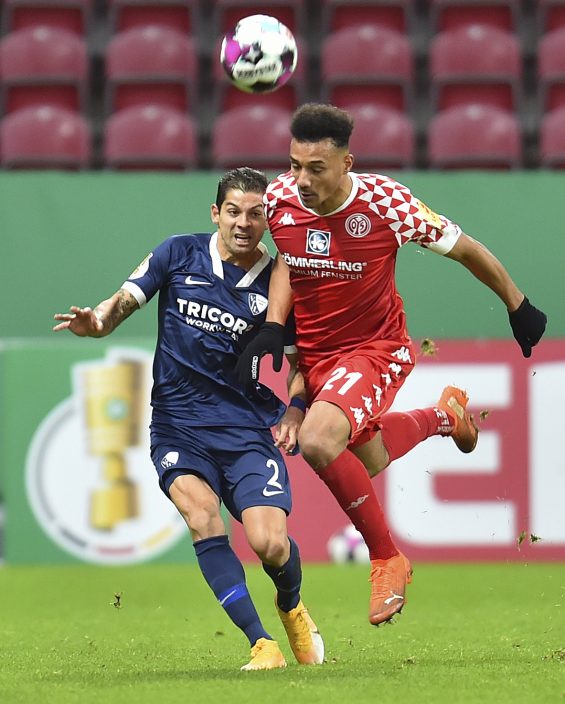 Mainz's Karim Onisiwo, right, competes for the ball with Bochum's Cristian Gamboa, during the German Cup 2nd round soccer match between FSV Mainz 05 and VfL Bochum at the Opel Arena, in Mainz, Germany, Wednesday, Dec. 23, 2020. (Torsten Silzdpa via AP) 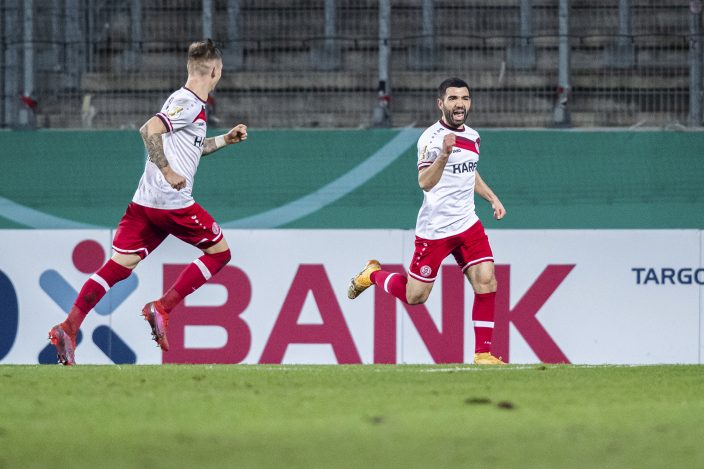 Leipzig warms up for Liverpool by beating Augsburg 2-1

Leverkusen stunned in extra time by 4th-tier Essen in cup