A 10-win team will miss the playoffs this season, and a team with a losing record will make the postseason.

When the NFL expanded the playoffs from six to seven teams per conference this season, the fear is it would allow an inferior team into the postseason.

That’s far from the case in the top-heavy AFC, which already has eight teams with double-digit wins, leaving one quality team out of the playoff musical chairs. 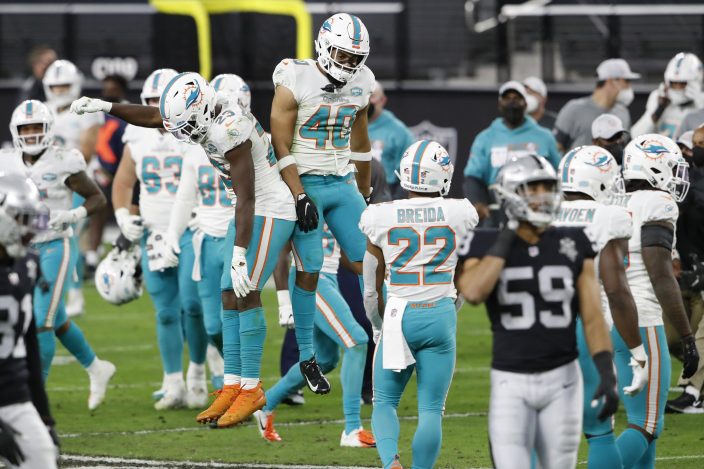 Miami, Baltimore, Cleveland, Tennessee and Indianapolis all enter Week 17 with 10-5 records and are fighting for the three wild-card spots, and the AFC South title between the Titans and Colts.

Indianapolis is the only one of those teams that needs help, with the other four in with wins. The Colts need to beat the Jaguars and hope one of those other teams loses.

If they all win, Indianapolis will be only the fourth team in the Super Bowl era to miss the postseason after winning at least 11 games. New England (2008), Denver (1985) and the Baltimore Colts (11-1-2) fell short after winning 11 games. 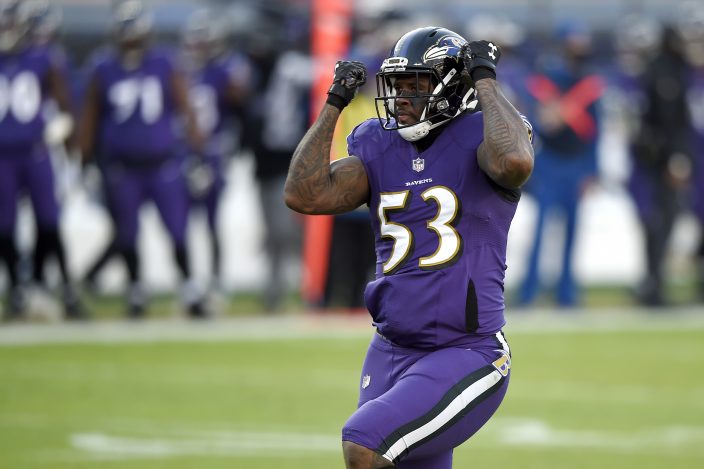 The Colts had a particularly painful miss after starting the season 11-0-2. They then lost the finale in Week 14 to the Rams 34-10 and lost the division race on the tiebreaker. With no wild cards back then, the Colts missed the postseason despite being tied for the best record in the NFL.

If any of those teams lose and miss the playoffs they would be the 13th team since the postseason expanded to 12 teams in 1990 to miss out despite winning 10 games, with the 2015 Jets the last to do it.

It’s a different story in the NFC where the East winner is assured of having a losing record and the seventh seed could make it at 8-8 if Arizona and Chicago both lose, giving the Bears the third wild-card spot. 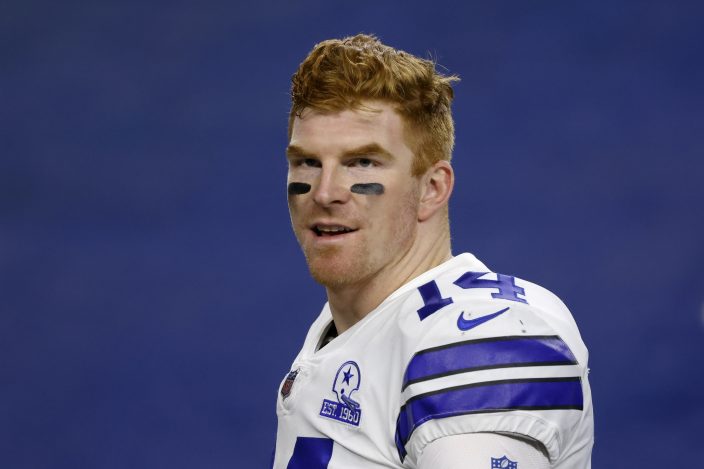 The only times there have been two playoff teams without winning records in the playoffs in the same season came in strike-shortened 1982 (Detroit and Cleveland at 4-5), 1999 (Detroit and Dallas at 8-8) and 2004 (Minnesota and the Rams at 8-8).

The winner in the East will be the third team with a losing record to make the postseason in a non-strike season with either Washington or Dallas getting in at 7-9 or the Giants at 6-10. Seattle won the NFC West in 2010 with a 7-9 record and Carolina won the NFC South at 7-8-1 in 2014. Both won their first playoff games.

The winner of the East will also be the first of 150 teams in the Super Bowl era to start a season 2-7 to make the playoffs.

EARLY EXIT: Washington cut ties with 2019 first-round quarterback Dwayne Haskins before the end of his second season. Haskins is the sixth quarterback picked in the first round since 2010 to fail to make it to year three with the team that drafted him.

Josh Rosen was traded by Arizona one year after he was picked 10th overall in 2018, while Denver cut ties with Tim Tebow and Paxton Lynch after two seasons, and Cleveland did the same with Johnny Manziel and Brandon Weeden.

CLOSE CALLS: The defending Super Bowl champion Chiefs have won 10 straight games, but they haven’t come easily of late. Kansas City’s 17-14 win over Atlanta was its seventh straight by six points of fewer. That’s the longest streak of wins by six points or fewer in NFL history. The previous high was five games set by the eventual Super Bowl champion Giants in 1986 and the Colts in 1992 and 2008.

Tom Brady set a yards passing mark of his own last week when he threw for 348 yards in one half against Detroit. Brady had thrown for 320 yards in the second half the previous week against Atlanta and became the first player in the past 40 years with at least 600 yards passing in a four-quarter span, according to the Elias Sports Bureau.

Brady vs. Brees: A matchup for the ages and aged