A British judge will decide Monday whether WikiLeaks founder Julian Assange can be extradited to the United States to face espionage charges over the site’s publication of classified American military documents a decade ago.

District Judge Vanessa Baraitser is due to give her ruling at London’s Central Criminal Court, following a three-week extradition hearing in the fall.

U.S. prosecutors have indicted Assange on 17 espionage charges and one charge of computer misuse. The charges carry a maximum sentence of 175 years in prison. 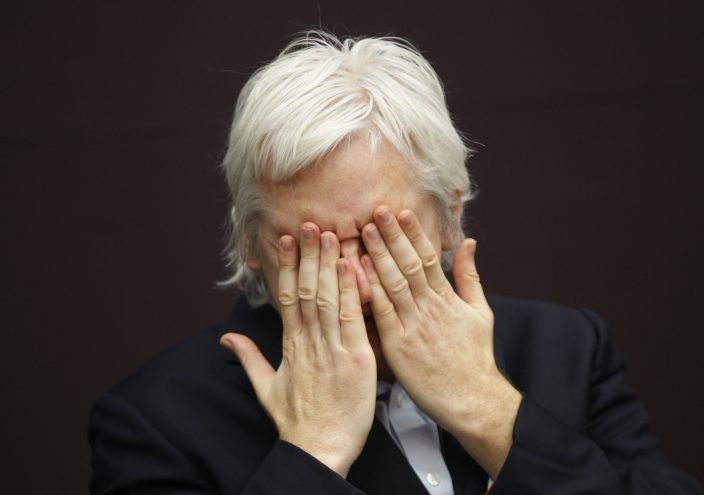 FILE - In this Thursday, Dec. 1, 2011 file photo WikiLeaks founder Julian Assange gestures as he talks during a news conference in central London. WikiLeaks founder Julian Assange will find out Monday Jan. 4, 2021 whether he can be extradited from the U.K. to the U.S. to face espionage charges over the publication of secret American military documents. (AP PhotoLefteris Pitarakis, File)

Lawyers for the 49-year-old Australian argue that he was acting as a journalist and is entitled to First Amendment protections of freedom of speech for publishing leaked documents that exposed U.S. military wrongdoing in Iraq and Afghanistan.

In closing submissions, Assange’s legal team accused the United States of an “extraordinary, unprecedented and politicized” prosecution that sought to “criminalize obtaining and publishing information relating to ‘national security.’”

The defence argued that extradition threatens Assange’s human rights because he risks “a grossly disproportionate sentence” and detention in “draconian and inhumane conditions” that would exacerbate his severe depression and other mental health problems. 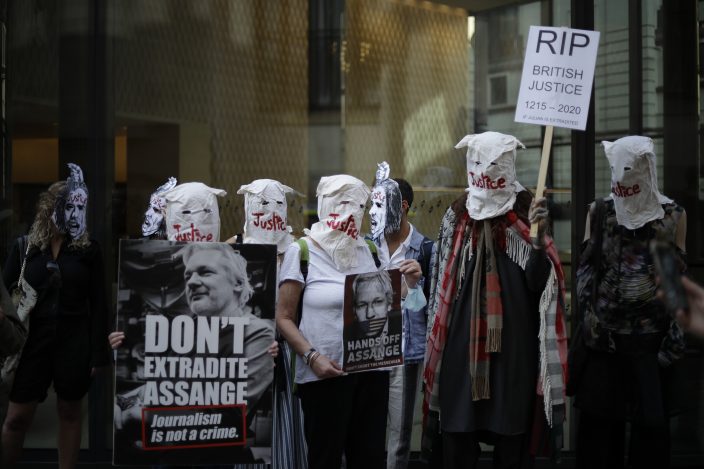 FILE - In this Monday, Sept. 14, 2020 file photo supporters of WikiLeaks founder Julian Assange take part in a protest outside the Central Criminal Court, the Old Bailey, in London. WikiLeaks founder Julian Assange will find out Monday Jan. 4, 2021 whether he can be extradited from the U.K. to the U.S. to face espionage charges over the publication of secret American military documents. (AP PhotoMatt Dunham, File)

Lawyers for the U.S. government deny that Assange is being prosecuted merely for publishing the leaked documents, saying the case “is in large part based upon his unlawful involvement” in the theft of the diplomatic cables and military files by U.S. Army intelligence analyst Chelsea Manning.

The judge’s decision will be a major moment in Assange’s decade-long legal limbo in Britain -- but not the final chapter. If Baraitser approves extradition, the order must be made by British Home Secretary Priti Patel. And whichever side loses the case is likely to appeal.

Assange’s partner, Stella Moris, who had two sons with him while he lived in the embassy, has appealed to President Donald Trump to pardon Assange before Trump leaves office on Jan. 20. 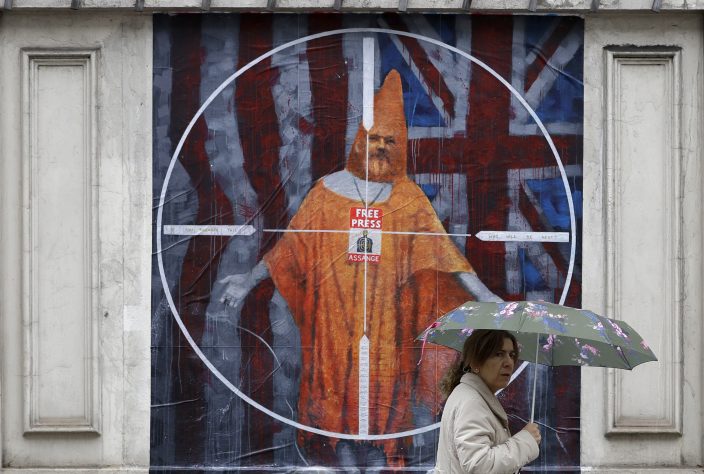 FILE - In this Monday Oct. 21, 2019 file photo a pedestrian passes street art depicting Julian Assange near Westminster Magistrates' Court in London where Assange is expected to appear as he fights extradition to the United States on charges of conspiring to hack into a Pentagon computer, in London. (AP PhotoKirsty Wigglesworth, File)

The prosecution of Assange has been condemned by journalists and human rights groups, who say it undermines free speech around the world.

“The mere fact that this case has made it to court, let alone gone on this long, is an historic, large-scale attack on freedom of speech,” said WikiLeaks spokesman Kristinn Hrafnsson. “This is a fight that affects each and every person’s right to know and is being fought collectively."

Assange’s legal troubles began in 2010, when he was arrested in London at the request of Sweden, which wanted to question him about allegations of rape and sexual assault made by two women. In 2012, to avoid being sent to Sweden, Assange sought refuge inside the Ecuadorian Embassy, where he was beyond the reach of U.K. and Swedish authorities — but also effectively a prisoner, unable to leave the tiny diplomatic mission in London’s tony Knightsbridge area. 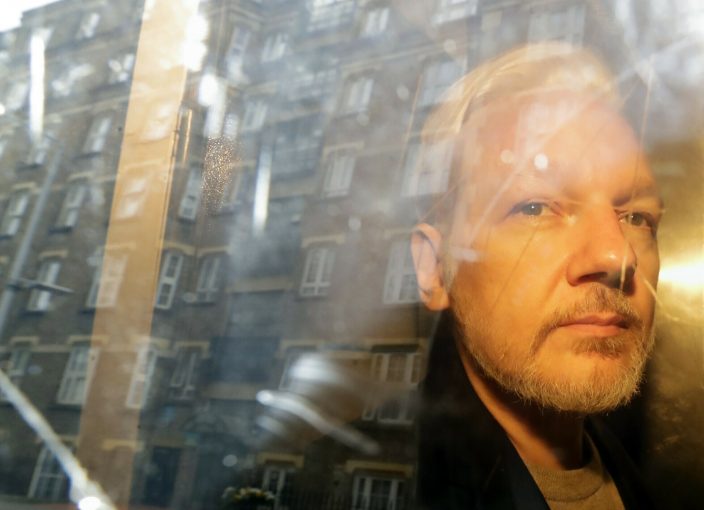 FILE - In this Wednesday May 1, 2019 file photo buildings are reflected in the window as WikiLeaks founder Julian Assange is taken from court, where he appeared on charges of jumping British bail seven years ago, in London. WikiLeaks founder Julian Assange will find out Monday Jan. 4, 2021 whether he can be extradited from the U.K. to the U.S. to face espionage charges over the publication of secret American military documents. (AP PhotoMatt Dunham, File)

The relationship between Assange and his hosts eventually soured, and he was evicted from the embassy in April 2019. British police immediately arrested him for jumping bail in 2012.

Sweden dropped the sex crimes investigations in November 2019 because so much time had elapsed, but Assange remains in London’s high-security Belmarsh Prison, brought to court in a prison van throughout his extradition hearing.

UK judge to rule on US extradition for WikiLeaks' Assange

WikiLeaks' Assange won't get US extradition ruling this year

Lawyer says Trump victory in Nov will be worse for Assange

Expert says Assange a suicide risk if extradited to the US