Stuck at home on a pandemic New Year's Eve, TV viewers turned to Ryan Seacrest, Anderson Cooper and Andy Cohen in big numbers for a virtual celebration, with Times Square largely empty as the ball dropped.

CNN ushered in 2021 with its highest-rated New Year's Eve special on record, with 3.4 million people tuning in to share the evening hosted by Cooper and Cohen. 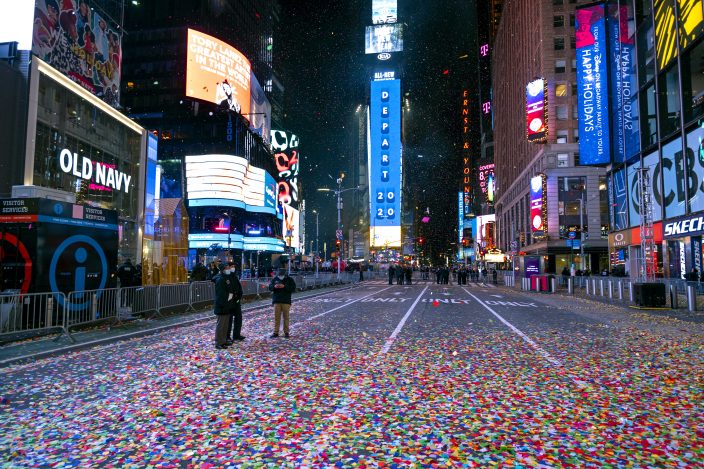 Confetti lies on the street after the Times Square New Year's Eve ball dropped in a nearly empty Times Square early Friday, Jan. 1, 2021, as the area normally packed with revelers was closed because of the ongoing coronavirus pandemic. (AP PhotoCraig Ruttle)

The ABC special's first hour and an episode of CBS' “60 Minutes” were the only non-football programs to make last week's top 20 list of most-watched shows, according to Nielsen figures released Wednesday.

ESPN was the week's most popular cable network, watched by an average of 6.2 million people in prime time. Fox News Channel had 1.7 million viewers, CNN had 1.6 million, Hallmark had 1.42 million, MSNBC had 1.4 million, HGTV had 1.3 million and TNT had 1.2 million.

For the week of Dec. 28 to Jan. 3, the 20 most popular prime-time programs, their networks and viewerships:

Bereft of scripted shows, opening week ratings down for TV