Pakistan’s Supreme Court adjourned on Thursday without deciding whether to free the man convicted and later acquitted of the 2002 murder of a American journalist Daniel Pearl.

The key suspect in Pearl’s slaying, Ahmed Omar Saeed Sheikh, remains in custody while his lawyer has petitioned the top court to free him in keeping with another court’s ruling last month that ordered his release.

Pearl’s family and the Pakistani government have appealed the acquittal to the Supreme Court, which resumed its hearing this week. A decision is expected before the end of the month. 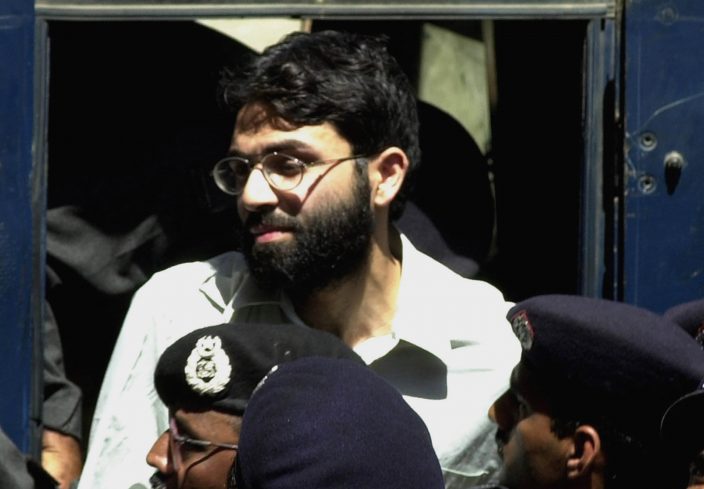 Sheikh’s lawyer, Mehmood A. Sheikh, has been trying to get his client, who has been on death row for 18 years, freed since his acquittal. The lawyer and Sheikh are not related.

Washington has opposed Sheikh’s release and Pakistan’s federal and provincial governments have throw up successive legal challenges to avoid freeing him. Meanwhile, the southern Sindh Provincial government is facing contempt charges for refusing to free Sheikh. The regional court hearing those charges will resume on Jan. 13.

Sheikh was acquitted in early 2020 by the Sindh High Court in the brutal beheading of Pearl, who was lured to his death while investigating links between Pakistani-based militants and Richard C. Reid, dubbed the “Shoe Bomber” after trying to blow up a flight from Paris to Miami with explosives hidden in his shoes.

Pearl, 38, was working for the Wall Street Journal when he was kidnapped on Jan. 23, 2002. The U.S. Embassy later received a gruesome video of Pearl's death and his body was found in a shallow grave in a southern Karachi neighborhood.

Sheikh was sentenced to death and three other suspects to life in prison for their role in the plot. Their acquittal has stunned the U.S. government, Pearl’s family and journalism advocacy groups.

Washington has said it will not let Sheikh escape justice, saying if the acquittal is upheld by the Supreme Court, the U.S. will demand he be sent to America to be prosecuted for Pearl's killing.