Some businesses said Friday that costs and paperwork are hampering trade between Britain and the European Union as the reality of the U.K.’s post-Brexit trading relationship with the bloc takes hold.

Britain left the economic embrace of the 27-nation bloc, the final stage of Brexit, at the end of 2020. A trade deal that took effect Jan. 1 allows Britain and the EU to trade in goods without quotas or tariffs.

But that is a far cry from the seamless, hassle-free trade the U.K. enjoyed while it was part of the EU's single market. Companies face new expense and red tape, including customs declarations and border checks. 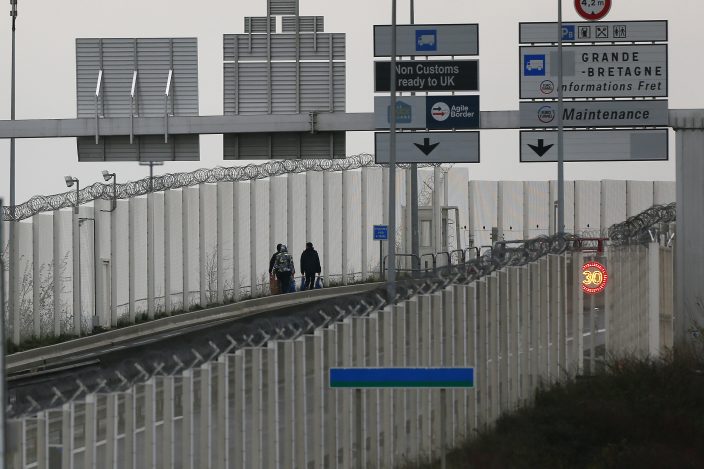 While fears of huge queues of trucks forming at English Channel ports were unrealized during the quiet Christmas and New Year's period, other hurdles to smooth trade have emerged.

Courier company DPD said it was suspending deliveries by road from Britain to the EU until at least Wednesday because of the burden of new paperwork. DPD said up to 20% of parcels had incorrect or incomplete data, meaning they had to be returned to customers.

“The EU-U.K. Trade and Cooperation Agreement resulted in more complex processes and additional customs data requirements for parcels destined for Europe,” the company said in a statement. “This, along with delays and congestion at U.K. ports for channel crossings, has placed extra pressure on our turnaround and transit times. 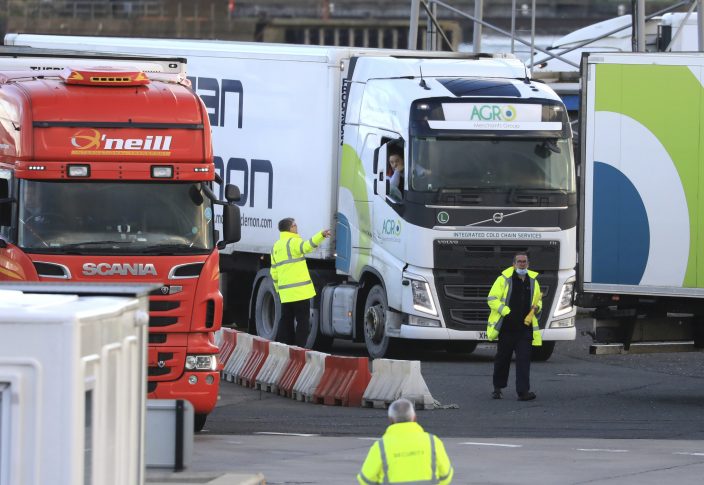 Customs officials check vehicles at the P&O ferry terminal in the port at Larne on the north coast of Northern Ireland, Friday, Jan. 1, 2021. This New Year's Day is the first day after Britain's Brexit split with the European bloc's vast single market for people, goods and services, and the split is predicted to impact the Northern Ireland border. (AP PhotoPeter Morrison)

“In view of this unprecedented set of circumstances, we believe that it is only right to pause and review our road service into Europe, including the Republic of Ireland,” the company said.

British food and clothing chain Marks & Spencer said it faced problems supplying stores in Ireland, France and the Czech Republic because of complex “rules of origin” regulations in the trade deal.

M&S boss Steve Rowe said the new trade deal had brought “potential tariffs on part of our range exported to the EU, together with very complex administrative processes.” He said one product affected was the popular Percy Pig line of candy and other sweets, which are made in Germany and packaged in the U.K.

Firms shipping goods to Northern Ireland from the rest of the U.K. also said they were staggering under the burden of new paperwork.

Northern Ireland, which shares a border with EU member Ireland, remains closely tied to the bloc’s economy under the Brexit divorce terms, which means there are new checks between Northern Ireland and the rest of the U.K.

The British government warned traders that disruptions could grow next week.

“The real challenge and potential for significant disruption starts next week, when we expect that the number of lorries heading to the border may return to normal levels,” said Michael Gove, the Cabinet minister in charge of Brexit logistics.

“We have always been clear there would be changes now that we are out of the customs union and single market, so full compliance with the new rules is vital to avoid disruption,” he said.