A sixth-division team will be in the fourth round of the FA Cup after Chorley knocked out a Derby side filled with youngsters due to a coronavirus outbreak.

The part-timers of Chorley beat Derby 2-0 on Saturday to extend the northwest English club's deepest progress in the competition as one of 32 remaining teams.

Like all sport in England due to the coronavirus pandemic, no fans were allowed into the tiny ground at Victory Park to witness the biggest result in the team's 138-year history. 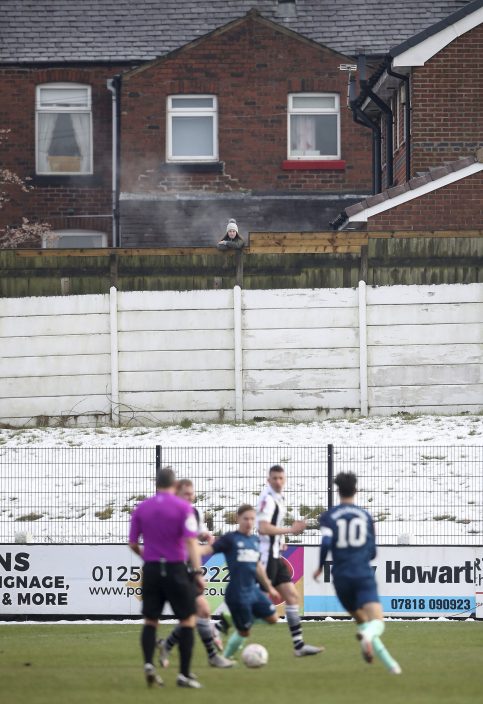 A spectator watches the game from behind a fence, during the English FA Cup third round match between Chorley and Derby County, at Victory Park in Chorley, England, Saturday Jan. 9, 2021. (Martin RickettPA via AP)

Derby was without its first-team players and interim manager Wayne Rooney due to COVID-19 cases, forcing the second-division club to play mostly teenagers.

The soundtrack of Chorley's progress in the cup has been Adele's “Someone Like You," which the players have been filmed singing in the dressing room after matches for videos watched by millions on social media. 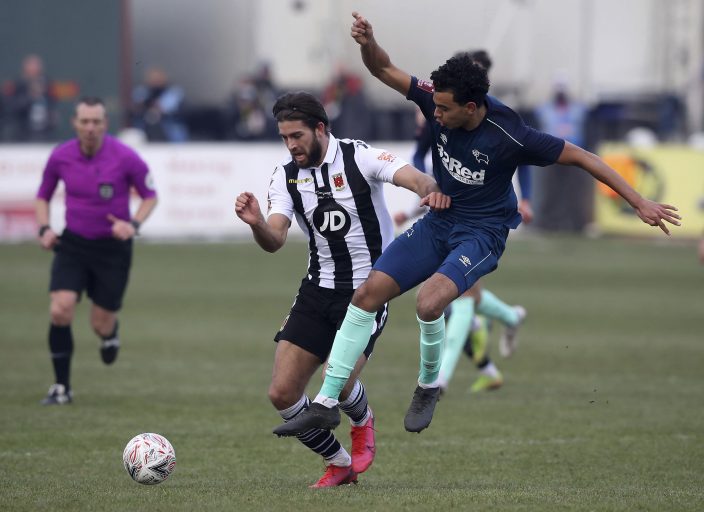