New Zealand will soon require that travelers from most countries show negative coronavirus tests before they leave for New Zealand.

COVID-19 Response Minister Chris Hipkins says New Zealand is in a fortunate position to have stamped out community spread of the virus but takes nothing for granted.

The new rules will require travelers to have a negative test within 72 hours of departure. The rules will be imposed on travelers from the U.S. and the U.K. from Friday and most other countries soon after. 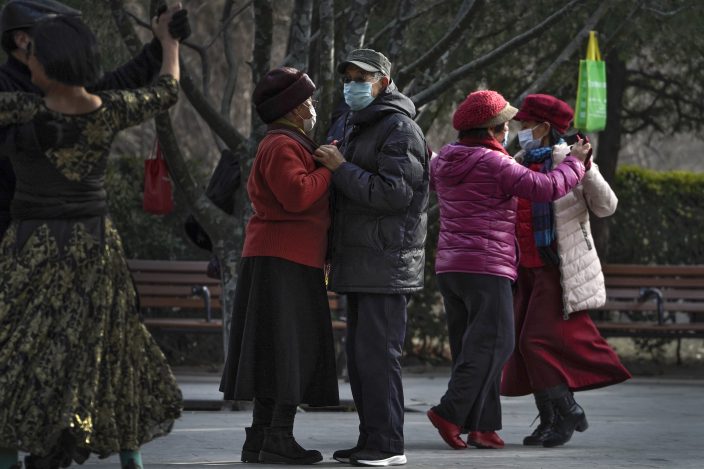 People wearing face masks to help curb the spread of the coronavirus enjoy a social dance at a public park in Beijing, Tuesday, Jan. 12, 2021. Lockdowns have been expanded and a major political conference postponed in a province next to Beijing that is the scene of China's most serious recent COVID-19 outbreak. (AP PhotoAndy Wong)

Travelers from Australia and some Pacific nations will be exempted.

In addition to the test requirement, New Zealand will continue to place new arrivals in mandatory two-week quarantine at the border. 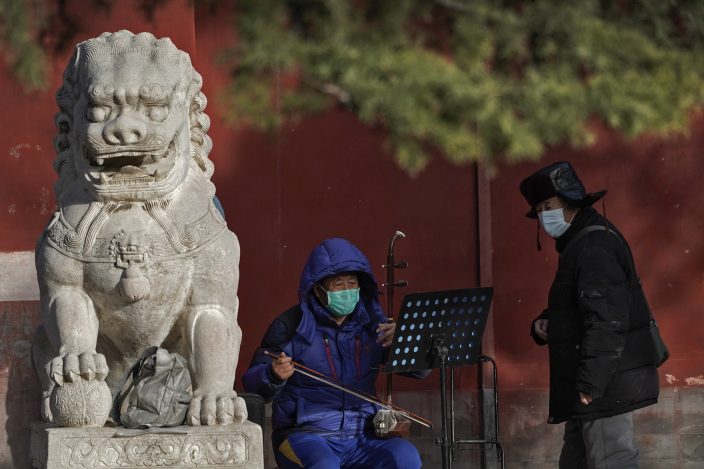 A man wearing a face mask to help curb the spread of the coronavirus watches a masked man play a traditional musical instrument at a public park in Beijing, Tuesday, Jan. 12, 2021. Lockdowns have been expanded and a major political conference postponed in a province next to Beijing that is the scene of China's most serious recent COVID-19 outbreak. (AP PhotoAndy Wong)

— Malaysia’s king approved a coronavirus emergency that will suspend parliament and halt any bids to call early general election in a political reprieve for embattled Prime Minister Muhyiddin Yassin. Muhyiddin assured citizens in a televised speech that the emergency was “not a military coup and curfew will not be enforced.” He said his civilian government will remain in charge during the emergency, that will last until Aug. 1 or earlier depending on the situation. The emergency declaration came as a surprise just a day after Muhyiddin announced Kuala Lumpur, the administrative capital and five states will return to a near-lockdown to stem the virus spread. Malaysia’s virus cases have spiraled from just over 15,000 three months ago to 138,224, including 555 deaths.

— Lockdowns have been expanded and a major political conference postponed in a province next to Beijing that is the scene of China’s most serious recent COVID-19 outbreak. Residents of the city of Gu’an just south of Beijing have been ordered to stay home for seven days starting from Tuesday. Hebei has also delayed the meetings of the provincial People’s Congress and its advisory body that are usually held in February. Hebei’s provincial health commission on Tuesday reported 40 new confirmed cases, all but one in the provincial capital of Shijiazhuang where transport links have been cut and residents told to stay home.

— A three-day lockdown in Australia’s third-most populous city ended on Tuesday despite authorities discovering a second case of a highly contagious variant of the coronavirus first identified in Britain. The Brisbane lockdown began on Friday evening in a bid to prevent community spread of the variant. It was imposed after a cleaner at a Brisbane hotel for quarantined travelers became infected. Queensland state Chief Health Officer Jeannette Young said on Tuesday that the cleaner’s partner had also tested positive. Despite restrictions easing, masks will remain mandatory in indoor settings and on public transport until Jan. 22.