SEOUL, South Korea — A South Korean court has acquitted a religious sect leader of charges that he deliberately disrupted the government’s anti-virus response early last year after thousands of his worshippers were infected with the coronavirus.

However, the Suwon District Court on Wednesday found the 89-year-old Lee Man-hee guilty of separate charges that he embezzled more than $5 million in church funds and organized unauthorized worship services in public spaces. His three-year prison term will be suspended for four years.

Lee’s church, the Shincheonji Church of Jesus, issued a statement denying his wrongdoings and confirming plans to appeal. Kang Susana, a prosecutor in Suwon, said her office would decide whether to appeal after analyzing the ruling. 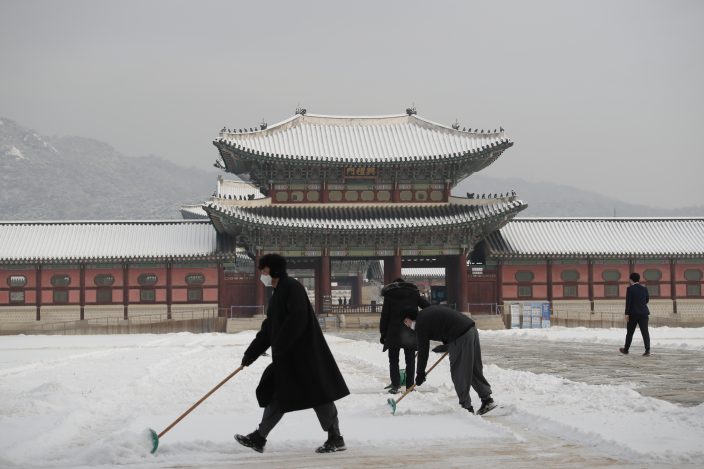 Prosecutors had sought a five-year prison term for Lee, who was arrested in August before his release on bail in November. They accused Lee and his church of violating the country’s infectious disease law by deliberately hiding some of the church’s membership and under-reporting its gatherings to avoid broader quarantines following the outbreak around the southeastern city of Daegu in February and March last year.

But the court said it was unclear whether the church’s failure to provide a full list of its membership was a crime. The collection of such basic information isn’t part of the specific boundaries of contact tracing spelled out by the law, the court said.

PENSACOLA, Fla. — Florida attorney Fred Levin, who won a major legal battle against the tobacco industry in the 1990s, has died several days after contracting the coronavirus. He was 83.

An attorney at the Levin Papantonio Rafferty legal firm says Levin died Tuesday from complications of COVID-19, the disease that can be caused by the virus.

The Pensacola News Journal says Levin’s career began in 1961 when he joined the law firm founded by his brother.

In the 1990s, Levin was able to get the Florida Legislature to change the state Medicaid law, allowing it to recoup money for the cost of treating lung cancer. That change helped Levin lead an effort to reach a $13 billion settlement with the tobacco industry.

BEIJING — Millions of Chinese are lining up in subzero temperatures to receive a second round of coronavirus tests in a city south of Beijing that is at the heart of China’s most serious latest outbreak of COVID-19.

Officials on Wednesday announced 90 newly confirmed cases in Hebei province, whose capital Shijiazhuang has accounted for the vast majority of recent cases. The Hebei outbreak is of particular concern because of the province’s close proximity to Beijing.

Travel to and from three cities — Shijiazhuang, Xingtai and Langfang — has been suspended and residents of some communities have been told to stay home for the next week.

All Shijiazhuang’s roughly 10 million people have been ordered to undergo a second round of testing as authorities seek to isolate the sources of infection.

MEXICO CITY — Mexico has posted another high for its daily increase in coronavirus cases, with 14,395 newly confirmed infections and a near-record of 1,314 more deaths.

The country has now topped 1.55 million total infections and has seen 135,682 deaths so far in the pandemic. Because of Mexico's extremely low testing rate, official estimates suggest the real death toll is closer to 195,000.

Mexico received a shipment of almost 440,000 doses of the Pfizer vaccine Tuesday, its biggest shipment to date but still inadequate for the 750,000 front-line health care workers.

Mexico has pinned much of its hopes on cheaper, easier-to-handle vaccines made by China’s CanSino. But that vaccine has not yet been approved for use.

PHOENIX — Arizona high school sports officials have voted to allow winter sports, reversing a decision made four days earlier to cancel the season because of the coronavirus pandemic.

The Arizona Interscholastic Association voted 5-4 to reinstate basketball, soccer and wrestling. The season is expected to start next week.

All students, coaches and officials will be required to wear a face covering during games and events. Each school also must complete a coronavirus monitoring form the day of every game and provide a copy to the opposing school.

Only two parents or legal guardians will be able to attend a child’s home games. The Arizona Republic reports that Association executive director David Hines says no general fans will be allowed, but that policy may be reconsidered at some point.

The Latest: Austria, Denmark to work with Israel on vaccines