The potential pitfalls of a movie that brings together Muhammad Ali, Malcolm X, Sam Cooke and Jim Brown for a night on February 25, 1964, seem so numerous, so prone to falling into caricature, that “One Night in Miami ...” feels like a miracle.

The concept comes from Kemp Powers (co-director of the recent Pixar film “Soul”), a playwright who used a real occurrence — the four Black icons did gather that night, after 22-year-old Cassius Clay dethroned world heavyweight boxing champ Sonny Liston — for an acclaimed one-act play that imagined what they might have talked about behind closed doors. “One Night in Miami ...,” the directorial debut of Regina King, turns Kemp's play into a scintillating dialogue of African American activism and artistry, with a quartet of impassioned performances.

The importance of “opening up” a play in a film adaptation is often overrated. Usually, this means the insertion of some outdoor filler. “One Night in Miami ...” falls victim to this, too, at first. The film, for which Powers wrote the script, takes a while to get going, as we're introduced to each of the four: Clay (Eli Goree), Malcolm X (Kingsley Ben-Adir), Brown (Aldis Hodge) and Cooke (Leslie Odom Jr.) But once they've assembled in a room at the Hampton House Motel, King's film — relaxed and confident in its pacing — comes alive in conversation coursing with the civil rights currents of the day and the each man's way of navigating them. 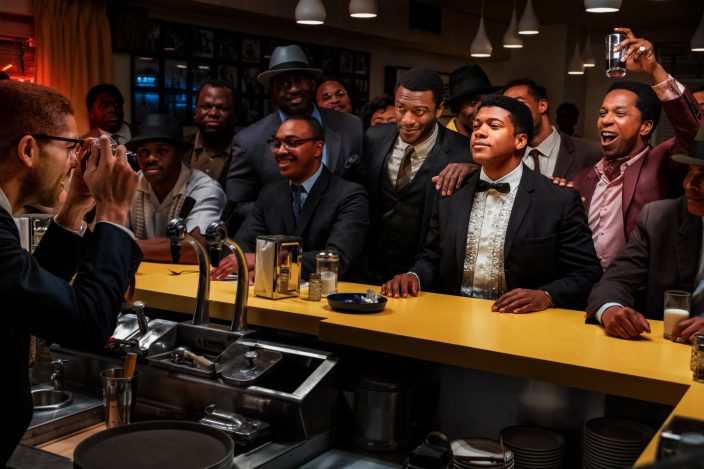 This image released by Amazon Studios shows, from right, Leslie Odom Jr., Eli Goree and Aldis Hodge in a scene from "One Night in Miami." (Patti PerretAmazon Studios via AP)

Clay is poised to change his name to Muhammad Ali and join the Nation of Islam, just as Malcolm is preparing to depart it. Brown is exploring a career in film. Cooke, fresh from a performance before a disinterested white audience at the Copacabana, seems uncertain of his place in music.

Being such a charismatic force, Ali usually takes up all the oxygen in movies. There isn't a camera that isn't drawn to him, nor should there be. But Clay and Brown aren't quite front and center in “One Night in Miami ..." Instead, the film gravitates toward the sparring between Malcolm and Cooke.

A sense of victory and celebration quickly fades, and not only because, in observing Malcolm's religious dictates, they aren't drinking. (Malcolm instead offers vanilla ice cream.) Each character is contemplating how they fit, or don't, in a white-controlled world, and how their fame brings burden as much as it does opportunity. Are they risking enough? Or too much? 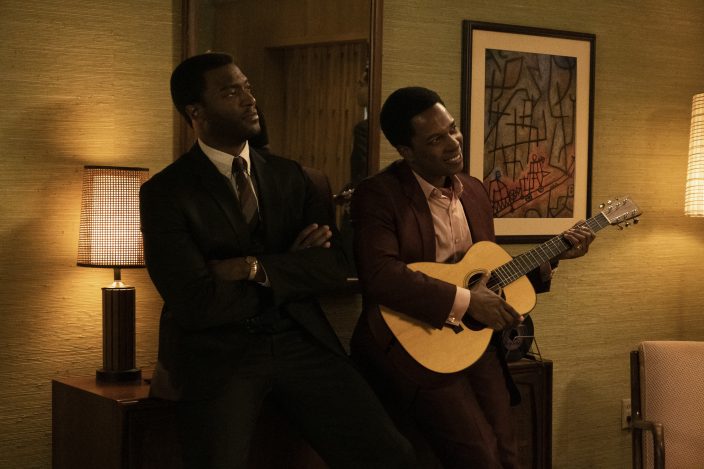 This image released by Amazon Studios shows Aldis Hodge, left, and Leslie Odom Jr. in a scene from "One Night in Miami." (Patti PerretAmazon Studios via AP)

“We are fighting for our lives,” says Malcolm.

Some of the same dialogue, of course, resonates directly with today. And it goes without saying that films this intimate with the existential anxieties of Black identity aren't common. “One Night in Miami ...,” the first film by a Black female director selected to play at the Venice Film Festival in its 77 years, comes through stirringly unfiltered.

And, as the dialogue surges, the movie crackles. Malcolm confronts Cooke, suggesting he left Gospel music behind to sing sweet ballads for white audiences like “a wind-up toy in a music box.” This may be the film's most questionable departure from history — Cooke, you could argue, deserves better — but it sets up a charged back-and-forth on making change from within or without, declaring all-out war or subverting with a smile. Malcolm charges Cooke with not writing songs about the movement, claiming Bob Dylan's “Blowin' in the Wind” beat him to it. Cooke responds the only real freedom is economic freedom. 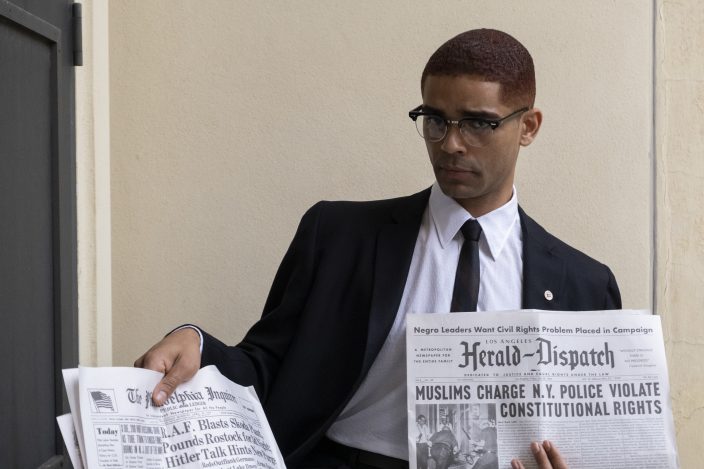 This image released by Amazon Studios shows Kingsley Ben-Adir in a scene from "One Night in Miami." (Patti PerretAmazon Studios via AP)

“Everybody talks about getting a piece of the pie,” says Cooke. “I want the goddamn recipe.”

I won't go further into the details of the exchange, but King builds it, beautifully, toward the creation and performance of one of the era's greatest songs, Cooke's “A Change Is Gonna Come.” If the opening prelude of “One Night in Miami ...” is less purposeful, the payoff of the film's final crescendo is exhilarating.

The movie's gathering momentum, even as it grows more claustrophobic, is owed to a few things. It comes from Ben-Adir's artfully calibrated performance as Malcolm — here more consumed with doubt, worry and self-awareness than the usual firebrand portrayal. It comes from Odom's deft sense of Cooke. And it comes from King's remarkable elegance as a director in this, her first feature (though she's been directing television series for nearly a decade). Like the foot-stomping “ohh-ahh” Cooke coaxes from an audience in a poignant flashback of an a cappella performance of “Chain Gang,” “One Night in Miami ...” ultimately throbs with the soulfulness of shared brotherhood. For these four Black men, yes, and for many others. 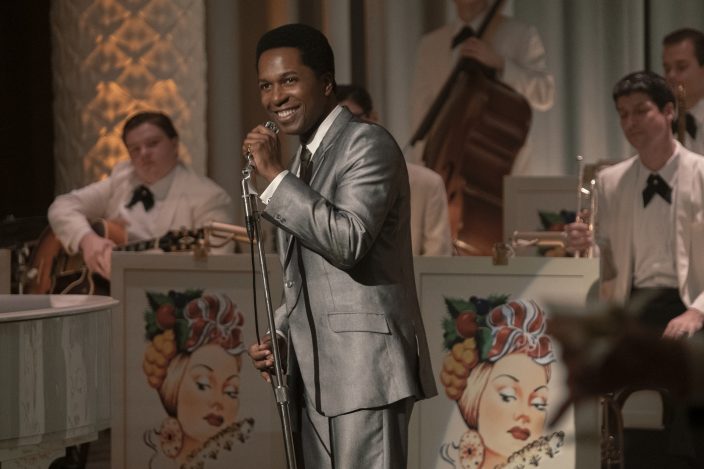 This image released by Amazon Studios shows Leslie Odom Jr. in a scene from "One Night in Miami." (Patti PerretAmazon Studios via AP)

“One Night in Miami,” an Amazon Studios release, is rated R by the Motion Picture Association of America for language throughout. Running time: 110 minutes. Three and a half stars out of four.