Jim Herman made it to Hawaii a week later than he had hoped and was happier than ever. He recovered from the coronavirus and had his lowest score in his 10th appearance at the Sony Open to get his year off to a good start.

Peter Malnati had the early lead on a windy Thursday morning at Waialae with nine birdies for an 8-under 62, two shots better than anyone in his half of the field.

Herman and Vaughn were each at 64. 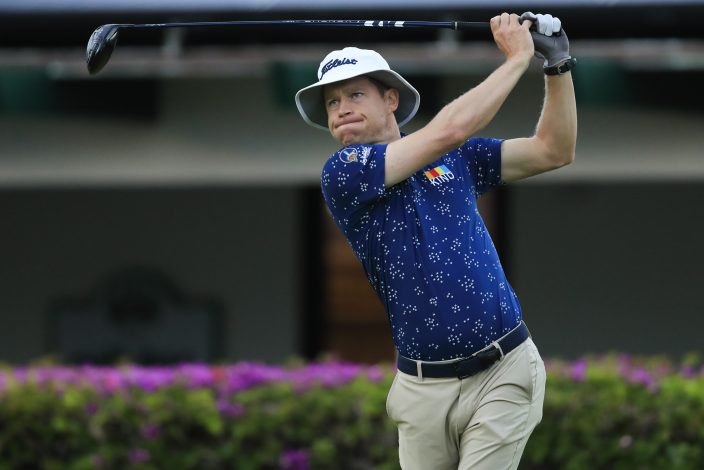 Peter Malnati follows his shot from the 10th tee box during the first round of the Sony Open golf tournament Thursday, Jan. 14, 2021, at Waialae Country Club in Honolulu. (AP PhotoJamm Aquino)

Herman was looking forward to starting his year on another island. He qualified for the Sentry Tournament of Champions by winning the Wyndham Championship, his third career victory. But his COVID-19 test came back positive as he prepared to go to Maui, and self-isolation for 10 days left him no time to get to Kapalua.

Herman said he had a miserable four days dealing with the virus and still doesn't have his full taste and smell back. The biggest concern was slight inflammation of the lungs, which pressed against his back and made it difficult to sit. He finally was able hit some golf balls last weekend and only played one round of golf. 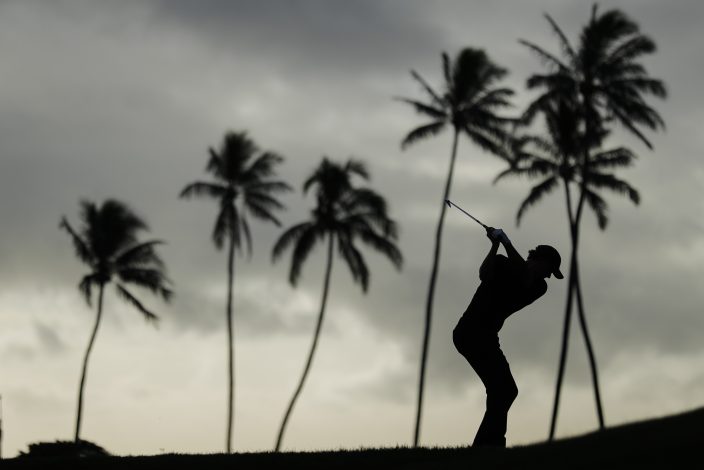 Adam Scott, of Australia, hits from the 11th tee box during the first round of the Sony Open golf tournament Thursday, Jan. 14, 2021, at Waialae Country Club in Honolulu. (AP PhotoJamm Aquino)

“It's just great to get back out,” Herman said.

Malnati couldn't wait to get started for other reasons. While he has one PGA Tour victory — in 2015 at an opposite-field event in Mississippi — he has only reached the postseason twice and has never been beyond the first round of the FedEx Cup playoffs. But after a solid fall, he's allowed himself to think about the Tour Championship and all the perks it offers.

He already is at No. 21 thanks to a pair of top-5s last fall. And he likes the way he is playing. He birdied both the par 5s and three of the par 3s at Waialae. 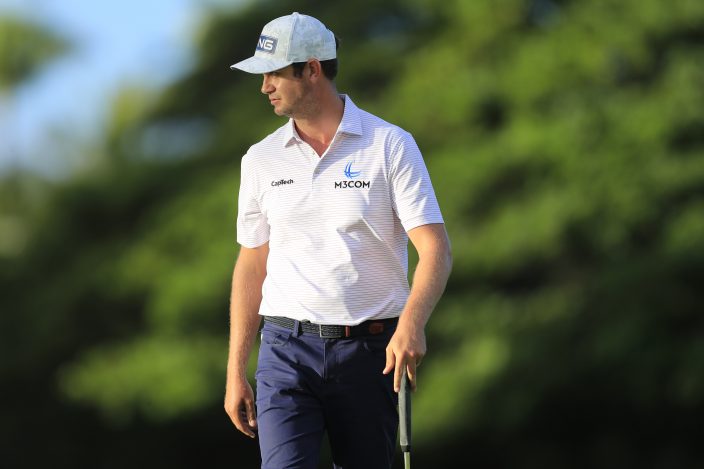 “I was playing great last fall and kind of just tried to keep the momentum going over the little break and do just enough work to stay sharp and to come out and play well here today,” he said.

Scoring was ideal for different reasons than Kapalua on a very different course. The wind off the Pacific shores on the edge of the course is normal. But it's been dry enough for the ball to roll, helpful on tee shots in the fairway, not so much when it's off line and head into the rough.

Defending champion Cameron Smith opened with a 67. Harris English, coming off a victory at Kapalua and hopeful of being only the third player to sweep the Hawaii swing, had three bogeys in a four-hole stretch on his second nine and had to birdie two of the last three holes for an even-par 70. 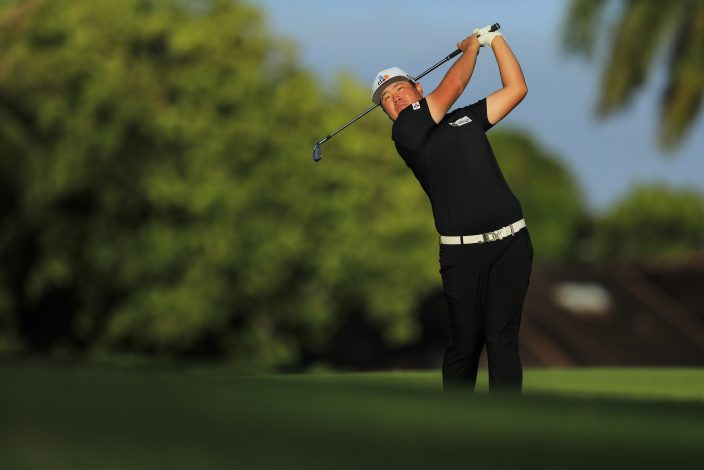 Sungjae Im, of South Korea, follows his shot from the 11th tee box during the first round of the Sony Open golf tournament Thursday, Jan. 14, 2021, at Waialae Country Club in Honolulu. (AP PhotoJamm Aquino)

Herman didn't watch much TV last week, not wanting to be reminded of what he was missing. It's a tough tournament to miss because his only way back is to win again.

“A lot of people have gone through a lot more than I have with COVID,” he said. “To miss a golf tournament, it's not the end of the world, but definitely motivated me to get back there.”

Herman also lost somewhat of a homefield advantage next year. He was an assistant pro at Trump National in Bedminster and President Donald Trump's regular partner in matches. It was Trump who told him he was too good not to be on tour and offered support as he made his way to the big leagues. 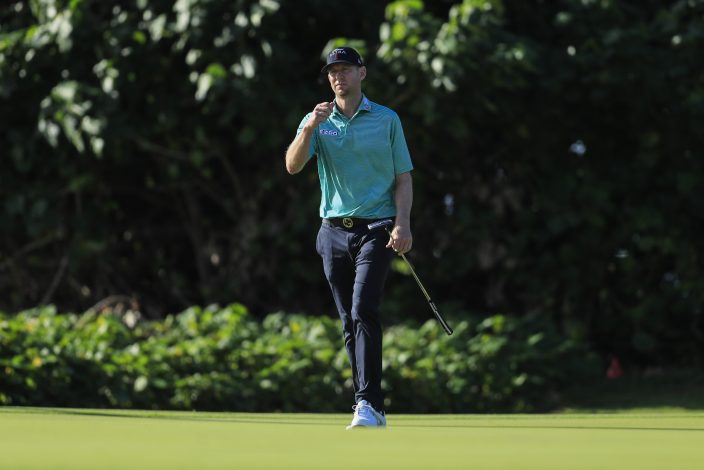 Vaughn Taylor reacts after a putt on the 11th green during the first round of the Sony Open golf tournament Thursday, Jan. 14, 2021, at Waialae Country Club in Honolulu. (AP PhotoJamm Aquino)

Herman still has the Bedminster crest on his shirt. Without commenting on Trump-fueled invasion on the U.S. Capitol last week, Herman was disappointed with the fallout — specifically the PGA of America voting to take the PGA Championships from Bedminster in 2022.

“They have got a lot of great people there and a great staff, and I have a history there,” Herman said. “Not many times do you get to play a course and a major that you have a built-in advantage, so yeah, very disappointed. It is what it is.”

PGA champion Collin Morikawa and Joaquin Niemann, who lost to English in a playoff last week at Kapalua, were among those who played in the afternoon.

Biden nominates 3 to postal board as delays persist

Another tournament in Hawaii, a fresh start for most players