A look at what’s happening around European soccer on Friday:

Roma will be looking to put pressure on the top two in Serie A when it visits Lazio in the capital derby. Roma is third in the standings, three points behind Inter Milan and six below league leader AC Milan. Roma drew against Inter in its last match, which came on the back of three successive victories. However, Lazio is finding its feet after injuries and Champions League commitments took their toll. Lazio has won its past two matches and risen to eighth in the league, five points below the top four. 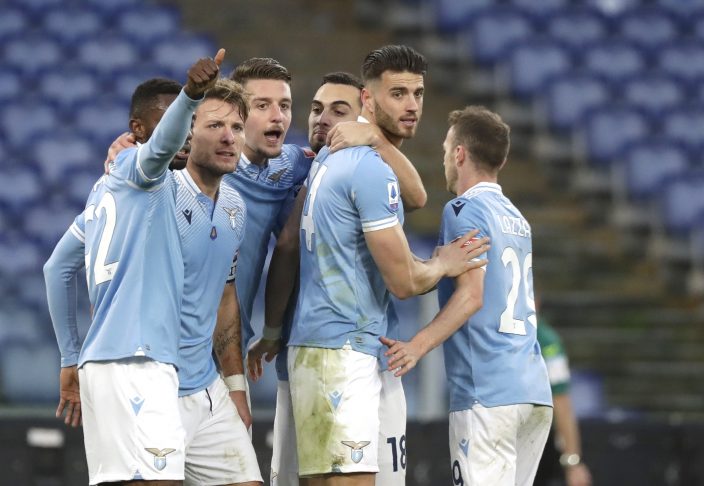 Third-place Bayer Leverkusen faces a tough task away at Union Berlin, which is exceeding all expectations in fifth after a strong start to the season. Leverkusen was briefly the Bundesliga leader last month but hasn't won any of its three league games since, though there was a morale-boosting 4-1 win over Eintracht Frankfurt in the cup on Tuesday. It will be Leverkusen's first game since completing the signing of Dutch defender Timothy Fosu-Mensah from Manchester United on Wednesday. Injuries to other players mean he could make his debut against Union.

Monaco travels to play Montpellier with its attack clicking after 10 goals in three games. Coach Niko Kovac took a while to find the right balance in his first season in charge. But he seems to have figured out how to use France striker Wissam Ben Yedder and German forward Kevin Volland as a front pairing. Volland has netted in his past four games, and the return of attacking midfielder Aleksandr Golovin from injury should also help Monaco's push to break into the top three. Monaco is in fourth place and can close the gap on third-place Lille to three points if it wins at Stade de la Mosson, where Montpellier's home form has been less strong than in recent seasons.

It's March, the month when the Tokyo Olympics were ...

MATCHDAY: Wolves-Leeds in EPL; Lyon aims for 1st in France

MATCHDAY: Ronaldo back in Portugal as Juventus faces Porto