The Saints quarterback says, for example, that his career-threatening throwing shoulder injury at the end of the 2005 season was meant to be. It precipitated his departure from the Chargers and move to New Orleans, where he shattered passing records and won a Super Bowl — all while helping rebuild a beloved American city that was reeling from Hurricane Katrina’s devastation.

So when six-time Super Bowl winner Tom Brady decided to leave New England and begin a new chapter with Tampa Bay, in the NFC South, Brees couldn’t escape the sense that he’d see Brady in a high-stakes game in January. 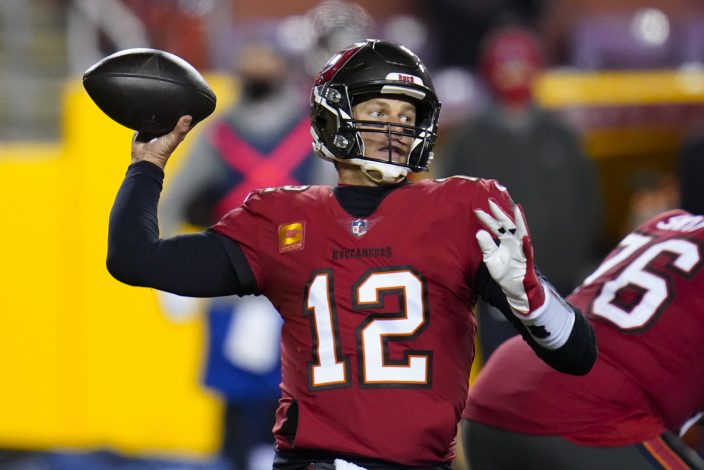 This rare postseason matchup of record-setting quarterbacks older than 41 is set for Sunday night, when the Saints (13-4) host the Buccaneers (12-5) in the divisional round of the NFC playoffs.

Similarly, Brady figured that success in Tampa Bay would hinge on how he and Buccaneers handled their encounters with the Saints. 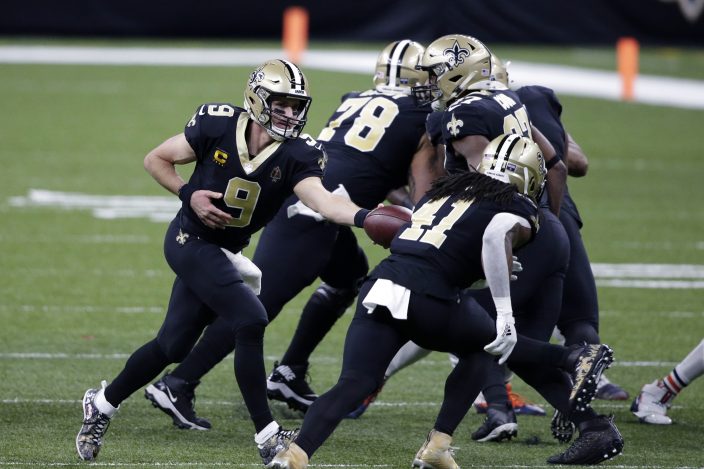 New Orleans Saints quarterback Drew Brees (9) hands off to running back Alvin Kamara (41) in the first half of an NFL wild-card playoff football game against the Chicago Bears in New Orleans, Sunday, Jan. 10, 2021. (AP PhotoButch Dill)

“They’ve been one of the top teams in the league for a long time and they’ve had some tough playoff losses (on) some really fluke plays,” Brady said, referring to a last-second loss to Minnesota on a long passing play two seasons ago, and an admitted officiating blunder that helped the Rams beat the Saints in the NFC title game two seasons ago.

“Other than that, there’s not a lot of bad about” the Saints, Brady said. “They’re pretty spectacular.”

Brees and Brady have been doing “spectacular” for two decades now. No wonder there's so much buildup for this game. 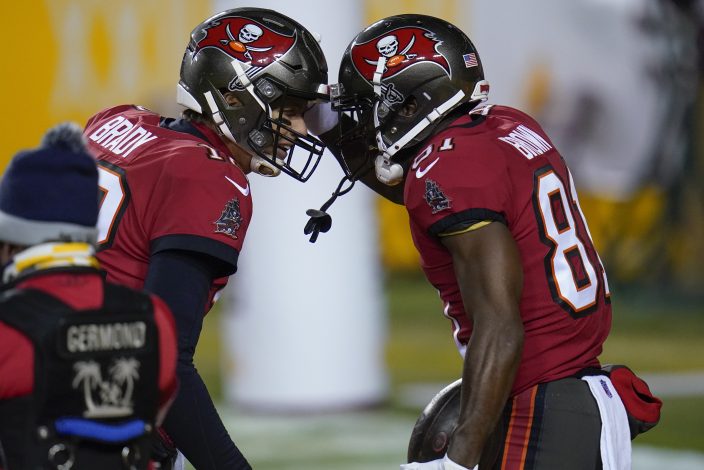 “We were texting back and forth on Monday just kind of chuckling at this whole scenario," Brees, who was turning 42 on Friday, said of an exchange he had with the 43-year-old Brady. "That’s 85 years and a lot of football experience that’s going to be on the field on Sunday.”

THREE OF A KIND

The Saints won both regular-season meetings by double digits en route to their franchise-record fourth straight division title. This week, there has been a lot of talk about how hard it can be to beat a team three times.

But the Saints have done it before, defeating Carolina twice in the 2017 regular season and again in the playoffs.

NFL history also favors the Saints. There have been 22 previous playoff games featuring a team that had been swept by its opponent during the regular season. In 14 of those games, the team that had won the first two games won the third as well.

“When you beat a team twice, of course you’re confident, but at the same time, you look over there and you see Tom Brady, the talent they have and you understand at a moment’s notice they could score from anywhere,” Saints defensive tackle Sheldon Rankins said. “They’re going to pull out all the stops; we’re going to pull out all the stops, because it’s win or go home.”

While the Saints have owned the Buccaneers in recent years, Brady and his All-Star cast of playmakers have been one of the hottest offenses in the league during what is now a five-game winning streak.

Brady has completed 116 of 176 passes for 1,714 yards, 14 touchdowns and one interception during the surge.

“We’ve certainly come a long way,” Brady said. “It’s a complex game; there’s a lot of moving parts (and) there’s a lot of coordination involved between a lot of different positions. I think the quarterback-receiver relationship is really important.”

Still, no defense has had more success against Brady this season than the Saints.

Brady has thrown five of his 12 interceptions against New Orleans. He also was sacked six times in the two earlier meetings.

But the Saints also have noticed the Bucs' rising level of play recently.

The Saints are accustomed to facing Bucs receivers Mike Evans and Chris Godwin twice a year. The addition of Antonio Brown has made Tampa Bay’s passing attack even more potent.

The former Steelers, Raiders and Patriots receiver made his Bucs debut in Week 9 against New Orleans after serving an eight-game suspension for violating the NFL’s personal conduct policy.

With five TD receptions in his last four games, Brown has had a significant impact on Tampa Bay’s season-ending surge. He had two catches for 49 yards and a TD in last week’s playoff win over Washington.

“I don’t think there’s any doubt. He’s back up to his normal playing speed and making plays,” Arians said. “He’s a different threat for us.”

Brown has 53 catches for 886 yards and five TDs in 11 career playoff games. He needs 57 yards receiving to pass Larry Fitzgerald (942) for the second-most among active players.

Since Sean Payton became Saints coach in 2006, New Orleans has not rushed for as many yards in one season as this one.

The Saints gained 2,265 yards rushing during the regular season and added another 123 yards in their playoff opener against Chicago's formidable front.

So while Tampa Bay's defense led the NFL in stopping the run, allowing 80.6 yards per game, it doesn't sound as though the Saints intend to shy away from handing the ball off to star running back Alvin Kamara, who had 99 yards and a touchdown rushing last week.

Blackouts bring up 'a four-letter word' in Te ...

All the groceries spoiled and the ...