Knierim teamed with husband Chris for the 2018 Olympics, and they won their third national title last year. Chris has since retired, so his wife joined with Frazier, the 2017 U.S. pairs champion with Haven Denney. Knierim and Frazier won Skate America in October, and she won nationals with her husband in 2015, 2018, and 2020.

They scored 77.46 points for a solid lead over Jessica Calalang and Brian Johnson, who were second at 71.3034. Audrey Lu and Misha Mitrofanov were third at 69.56. 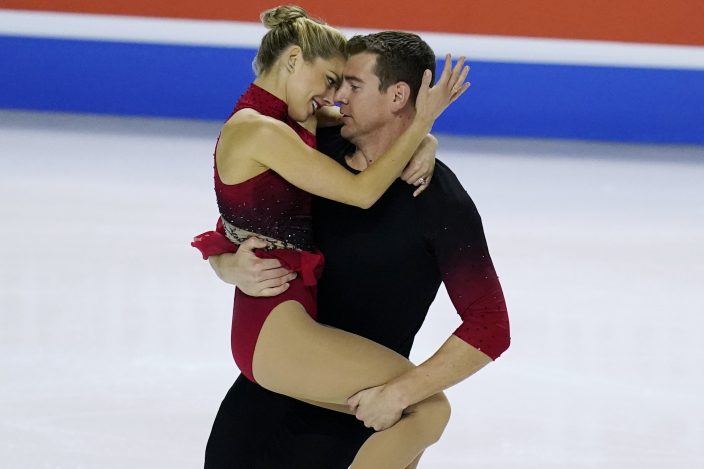 Late Thursday at the Orleans Arena was the women's short program.

Nationals were moved from San Jose, California, due to the coronavirus pandemic, and no fans were allowed. 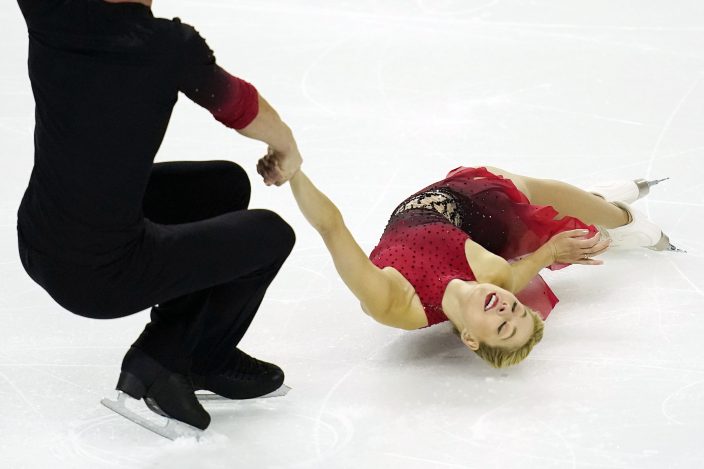 Biden nominates 3 to postal board as delays persist

Chen the headliner, Bell could be scene stealer at nationals

Chen the headliner, Bell could be scene stealer at nationals