Brad Marchand had a goal and an assist, then scored the only goal in the shootout as the Boston Bruins beat New Jersey 3-2 on Thursday night to spoil Lindy Ruff's debut as Devils coach.

Marchand scored a power-play goal and set up another by Nick Ritchie for the Bruins, who won the Presidents' Trophy for having the best record in the NHL during the 2019-20 regular season. Tuukka Rask made 20 saves, including two on breakaways in overtime, and added two stops in the tiebreaker. 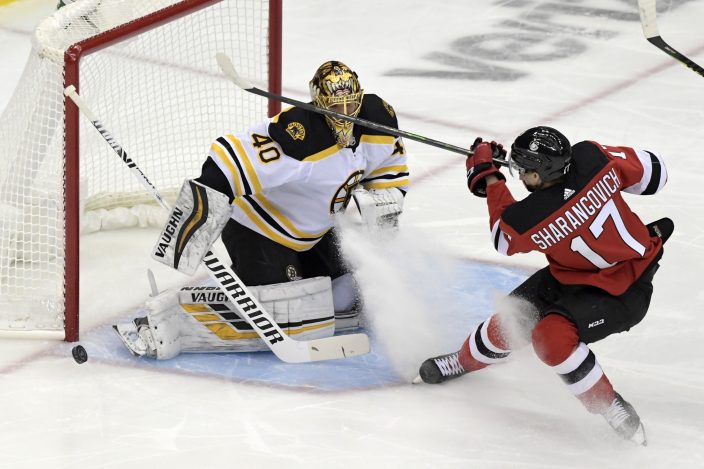 “It’s probably how the rest of the season is going to go; every team is competitive now and any team can win on any night,” Marchand said. “We got a really tough division and it’s going to be a battle every single game.”

The teams play again in New Jersey on Saturday afternoon.

Ruff was pleased with the way his young team played against a strong veteran group after a terrible first period. Boston outshot New Jersey 16-4 in the opening 20 minutes. 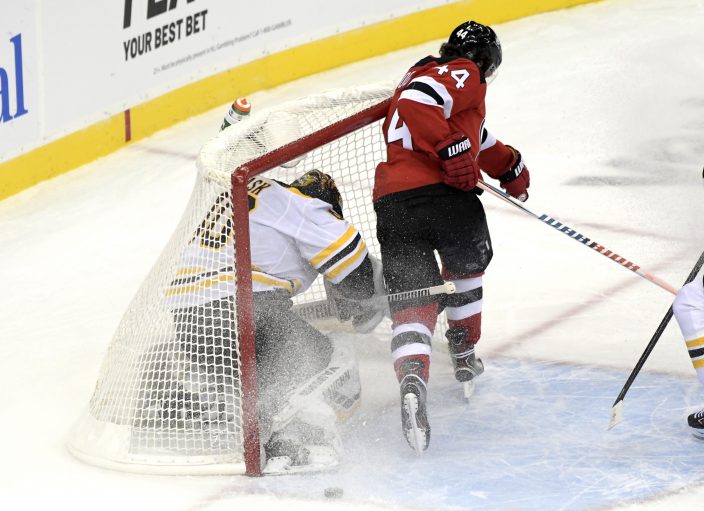 “We were determined to get back in the game,” said Ruff, who spent the past three years as a New York Rangers assistant after 19 seasons as an NHL head coach. "If you look at the overtime, we had the better chances to win it in overtime. And I think if we compete that hard and skate as well as we did in the second and third, we’re going to be OK.”

Rask denied shootout attempts by Nikita Gusev and Jesper Boqvist. Jack Hughes did not get a shot off.

“I was glad to see him get a win,” Cassidy said. “We don’t score a lot for him in the shootout, so good for (Marchand) to come through. But I thought he looked in midseason form so to speak, did not look like he was fighting it or not tracking it.”

Rask, who left the Bruins during the playoffs last season after his daughter became ill, stopped shootout-type breakaways by Kyle Palmieri and Hughes in OT.

The Devils rallied twice in the third period to tie the game on goals by Wood and Smith in his NHL debut. 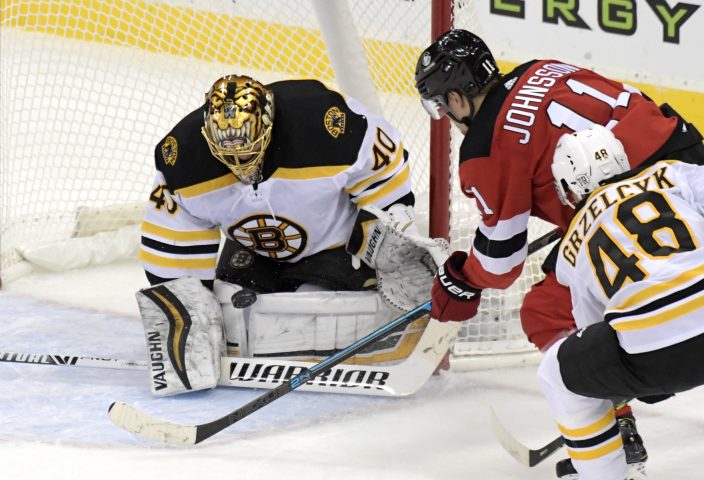 Smith's goal, which bounced off defenseman Charlie McAvoy, came with 6:14 left in regulation, 34 seconds after Ritchie put the Bruins ahead 2-1.

Wood tied it on a breakaway with 11:09 left in regulation. 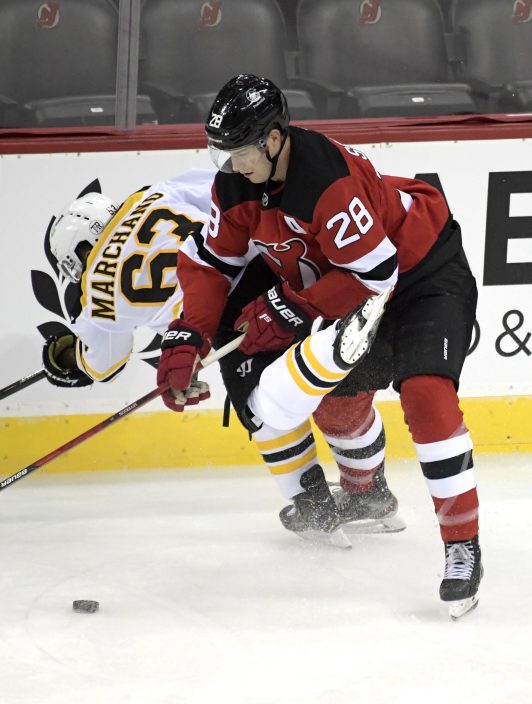 Both of Boston's goals were scored on power plays after Wood was penalized for goaltender interference.

“Those two calls on me were extremely selfish,” Wood said. “I’ll put the blame on me that that shouldn’t happen.”

THE NEW C: Patrice Bergeron donned the captain's C for the Bruins. Veteran defenseman Zdeno Chara, who signed with Washington, had been the captain for 14 seasons. 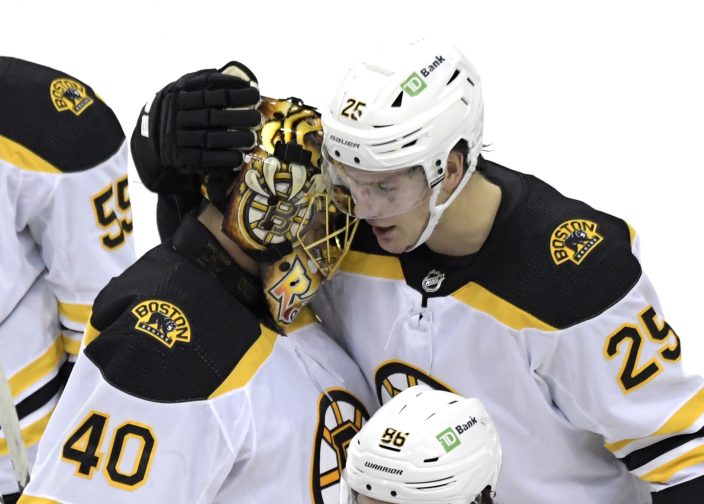 MILLER RETURNS: Bruins defenseman Kevan Miller played in an NHL game for the first time since breaking a kneecap against Minnesota on April 4, 2019. The 33-year-old partnered with rookie Jakub Zboril, who was playing in his third career game.

NEW PLAYERS: Smith and forward Egor Sharangovich made their NHL debuts. Besides Zboril, the Bruins also used taxi squad members C Trent Federic and F Jack Strudnicka with David Pastrnak (shoulder/hip) and free agent signee Craig Smith (back) unable to play. Nico Hischier was out with a lower-body injury for the Devils.

LAYOFF: The Devils were one of seven teams that missed the playoffs last season after the pause in March. They were playing their first game since March 10. 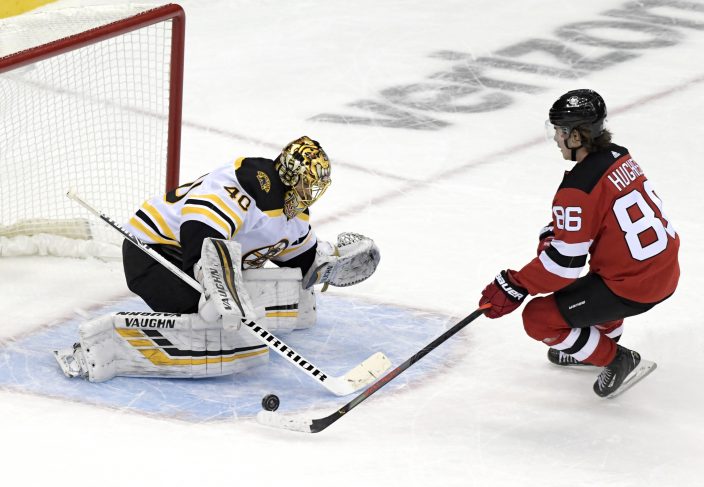