Domantas Sabonis had 23 points and 15 rebounds to lead the Indiana Pacers past the Portland Trail Blazers 111-87 on Thursday night.

Malcolm Brogdon added 25 points and seven assists for the Pacers, who improved to 4-1 on the road this season and snapped an 11-game losing streak in Portland. Indiana led by 25 in the second quarter and maintained a double-digit advantage the rest of the way.

CJ McCollum and Damian Lillard each scored 22 for Portland. The loss was costly: During the third quarter, center Jusuf Nurkic left the court holding his right wrist and the Blazers later announced he had sustained a fracture. 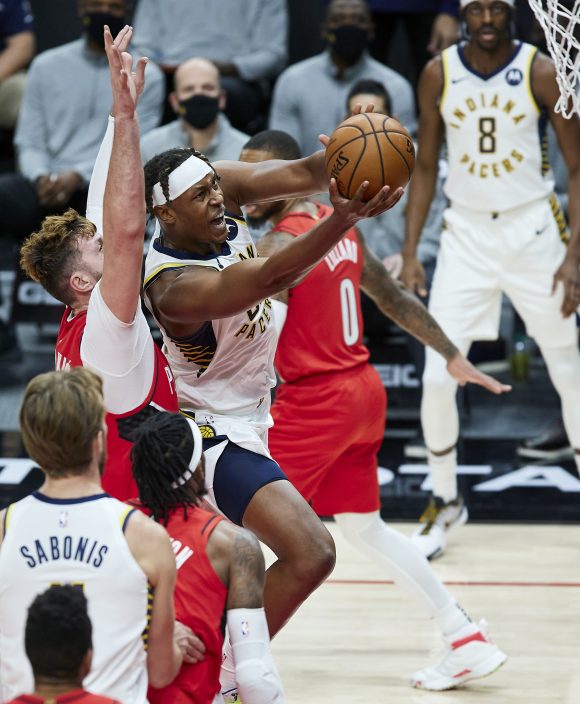 The Trail Blazers (7-5) were playing the second of a back-to-back after winning in Sacramento 132-126 on Wednesday night. Lillard had a season-high 40 points and Portland tied a franchise record with 23 3-pointers in that one.

The Pacers (8-4) were coming off a 104-95 road victory over the Warriors on Tuesday night, when Myles Turner had a season-best 22 points. He finished with 11 points and 10 rebounds against the Blazers, along with four blocks. 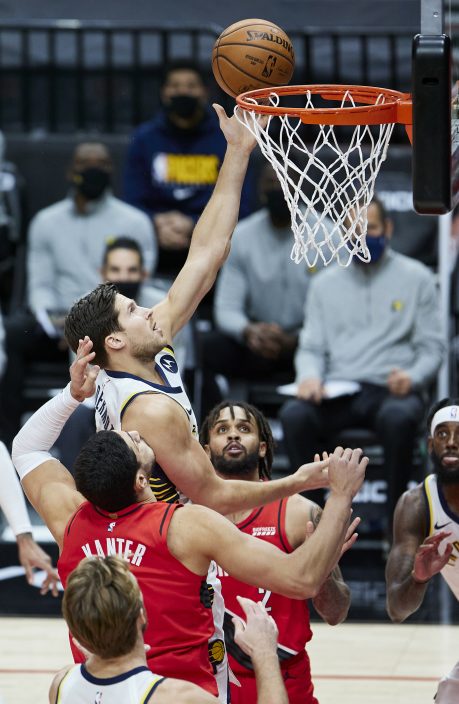 The Pacers traded Victor Oladipo to the Rockets as part of the four-team blockbuster Thursday that sent James Harden from Houston to Brooklyn. Indiana got guard Caris LeVert from the Nets and a draft pick in the deal.

Indiana led by six in the opening quarter, but the score was tied at 26 going into the second. A 12-0 run capped by Doug McDermott's layup put the Pacers up 40-28.

Indiana extended its lead to 25 before going into halftime up 59-36. The Pacers outscored the Blazers 33-10 in the second period. 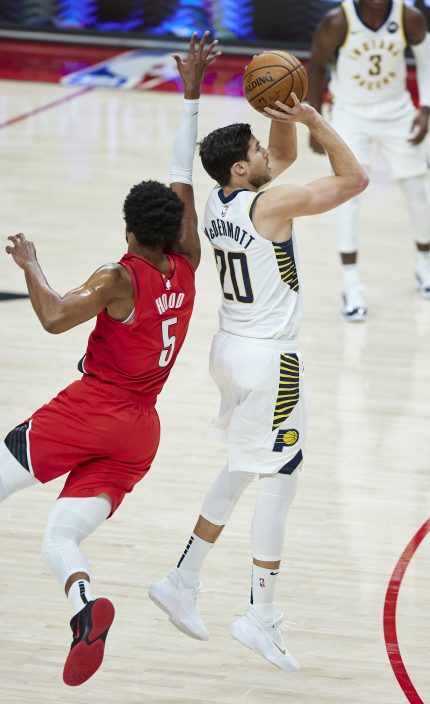 Portland was hurt in the third when Nurkic headed to the locker room after appearing to injure his right hand. The Blazers announced he fractured his wrist, but additional details were not available.

But the Blazers chipped away at Indiana's lead, pulling to 82-71 late in the quarter on Carmelo Anthony's 3-pointer. 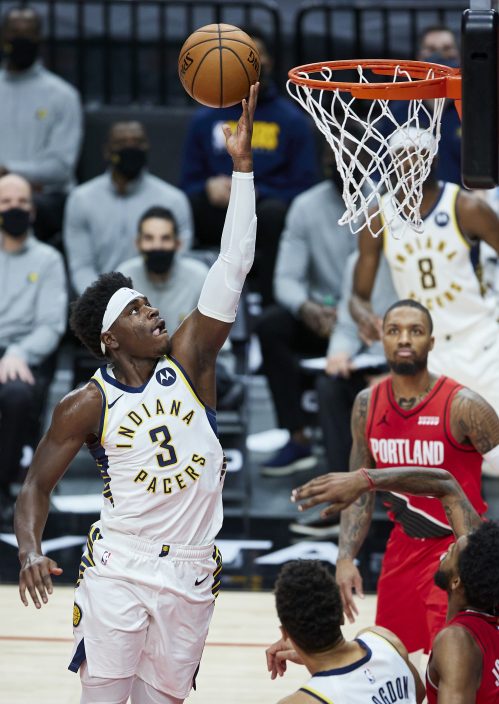 Pacers: Sabonis has 107 double-doubles with the Pacers, one shy of tying Roy Hibbert for seventh in team history.

Trail Blazers: Portland's 10 points in the second quarter were a season low.

The Pacers were scheduled to play the Suns in Phoenix on Saturday, but that game was postponed because of COVID-19 protocols. Indiana's next game is at the Los Angeles Clippers on Sunday.

The Trail Blazers host the Atlanta Hawks on Saturday.