Mark Stone scored the tiebreaking goal early in the third period, Robin Lehner made 20 saves and the Vegas Golden Knights beat the Anaheim Ducks 4-2 Thursday night in the season opener for both teams.

The Golden Knights improved to 9-2-2 against Anaheim since they entered the league in 2017. 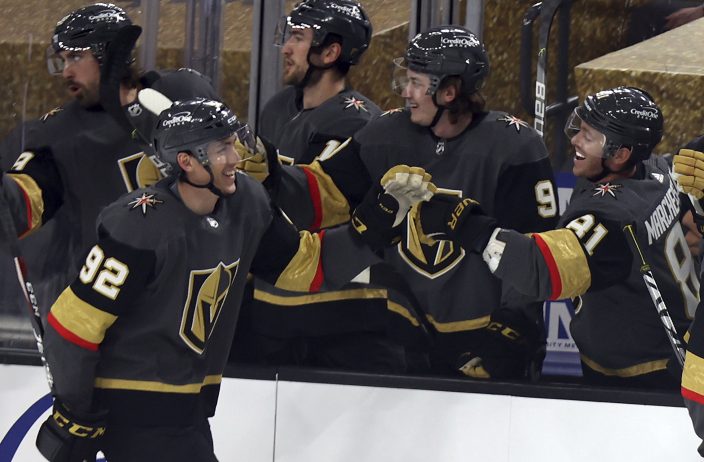 John Gibson made 24 saves for the Ducks.

With fans kept away due to the coronavirus pandemic, Vegas recreated as many in-game antics as it could to recreate the hyped-up atmosphere the Golden Knights are used to. 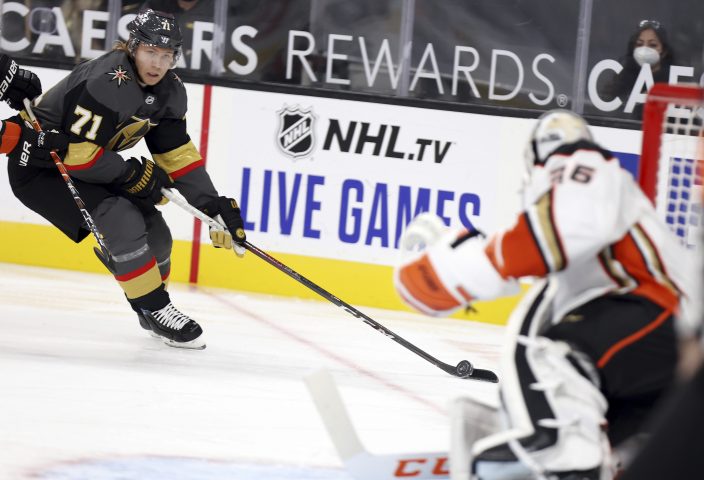 Maybe it worked. Vegas scored 1:07 into the game, when Alec Martinez found Marchessault, who took the puck at the center of the blue line, skated in, and beat Gibson over his glove to the top corner.

A little more than one minute later, Ryan Reaves intercepted Hampus Lindholm’s pass behind the net and backhanded a pass between his legs to Nosek, who one-timed it past Gibson to give Vegas an early 2-0 lead.

The Ducks countered when Comtois punched home a pass from Sam Steel with a one-timer as he sprawled into the crease. 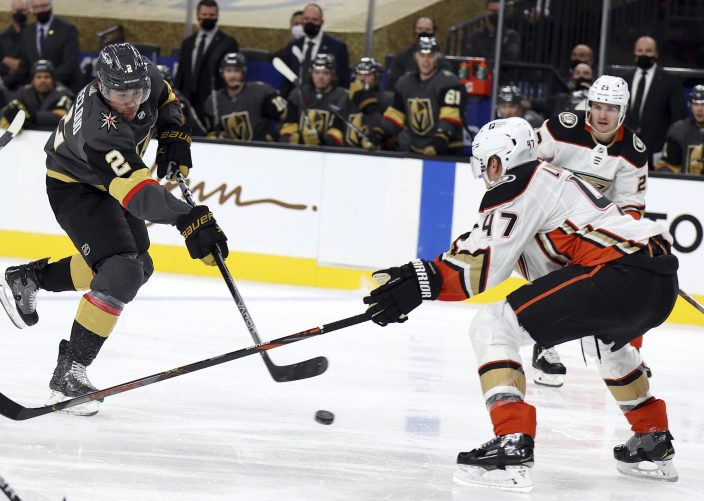 Near the midpoint of the first, Anaheim captain Ryan Getzlaf kept the puck alive with a strong forecheck behind the net and fed Comtois, who scored from the side of the net to tie it.

The teams were a bit quieter in the second period, outside of scoring chances for Pacioretty and Shea Theodore, who was robbed by a beautiful glove save by Gibson, and a post clang by Anaheim’s Danton Heinen.

After Alex Pietrangelo fired a shot wide, Chandler Stephenson gathered the rebound and dished to Stone, who finished with a one-timer to put Vegas on top 3-2 moments into the third period. 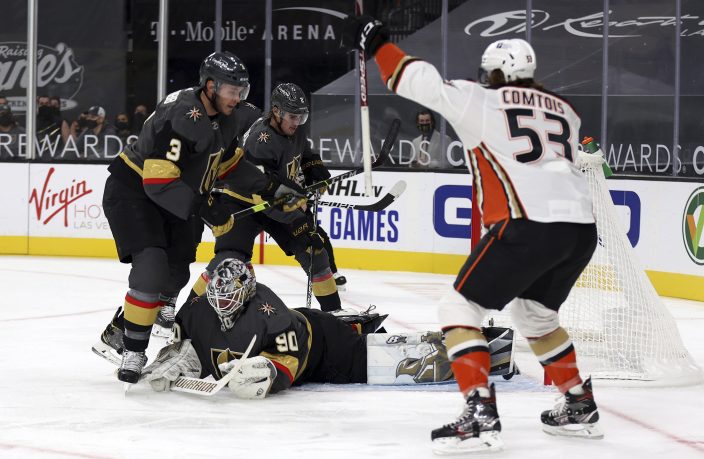 Stone followed his goal with a stunning assist, stealing the puck in the neutral zone, fighting off a defender, and diving to poke the puck to Pacioretty, who sniped Gibson through the five-hole for a 4-2 lead.

Tuch scored an empty netter with 14 seconds left to provide the final margin. 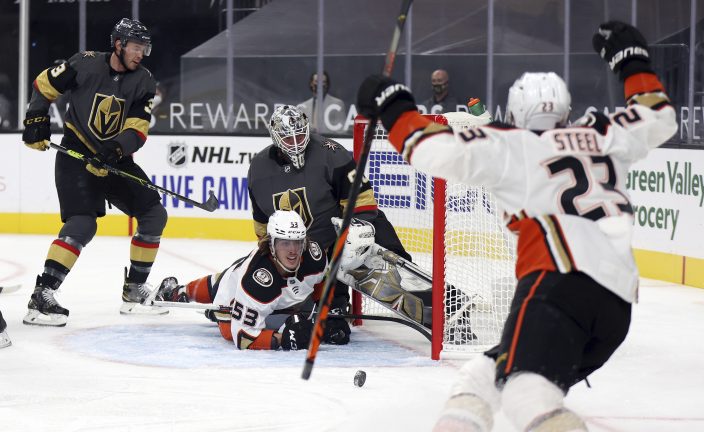