Nikola Jokic scored 18 of his 23 points in the second half to help Denver overcome Stephen Curry's sharp shooting as the Nuggets held off the Golden State Warriors 114-104 on Thursday night.

Jokic also had 14 rebounds and 10 assists for his 46th career triple-double. The big man entered averaging a triple-double and leading the NBA in assists.

“I think he’d definitely be in the MVP conversation, which is entirely too early to talk about,” Denver coach Michael Malone said. “That’s the kind of impact he’s had on the game every single night." 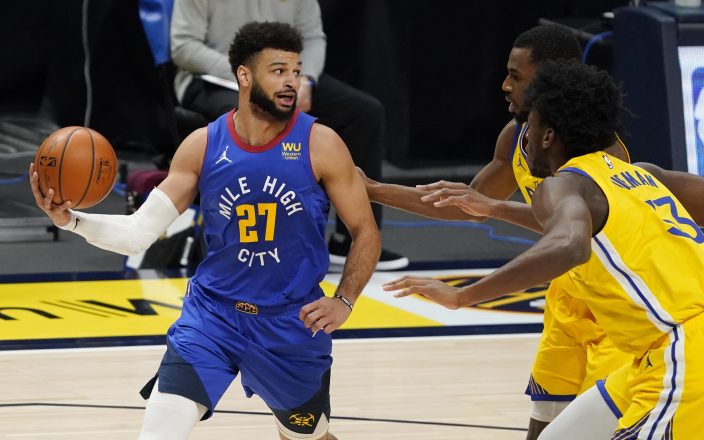 Will Barton and Jamal Murray each added 17 points on a night when seven Nuggets scored in double figures.

Curry finished with 35 points on 14-of-23 shooting. He hit five 3-pointers to give him 2,545 for his career. Curry is 15 from tying Reggie Miller for second place on the league's all-time list. Miller eagerly counted down Curry’s made 3s throughout the TNT broadcast. Ray Allen is first with 2,973.

“Even though he had 35, we made some things tough for him," Malone said. "We were able to get some stops.” 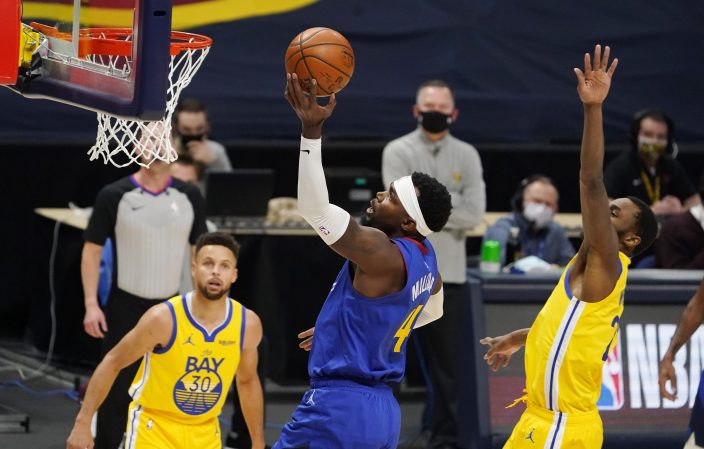 Limited to four shots in the first half, a more aggressive Jokic took over in the third quarter and helped the Nuggets amass a 14-point advantage. But no lead is safe with Curry & Co. around.

The Warriors kept things interesting down the stretch. One of Jokic's biggest plays was a steal and assist on Monte Morris' basket with 5:11 remaining that allowed Denver to extend the lead back to 14.

“It’s just a matter of our team connecting and figuring out who we are and what we are,” Warriors coach Steve Kerr said. “We’re not really in sync yet. That’s going to take time.” 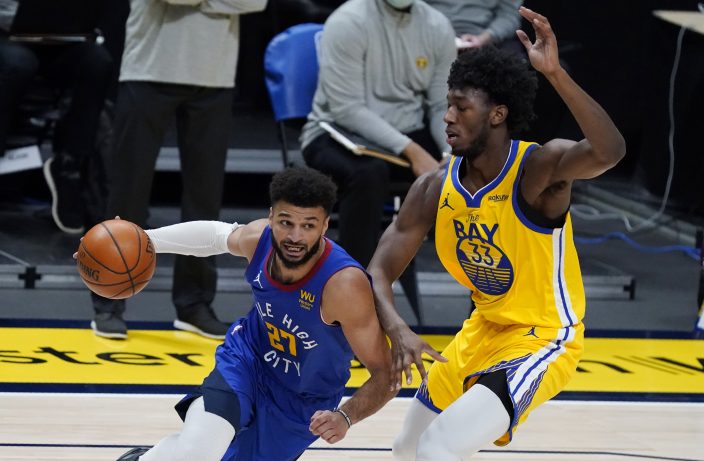 There was a little bit of everything in the first half, when Denver led by as many as 17. Leading the list were a flying dunk by Bol Bol, Jokic's reverse slam on Warriors rookie James Wiseman and a four-point play from Curry. 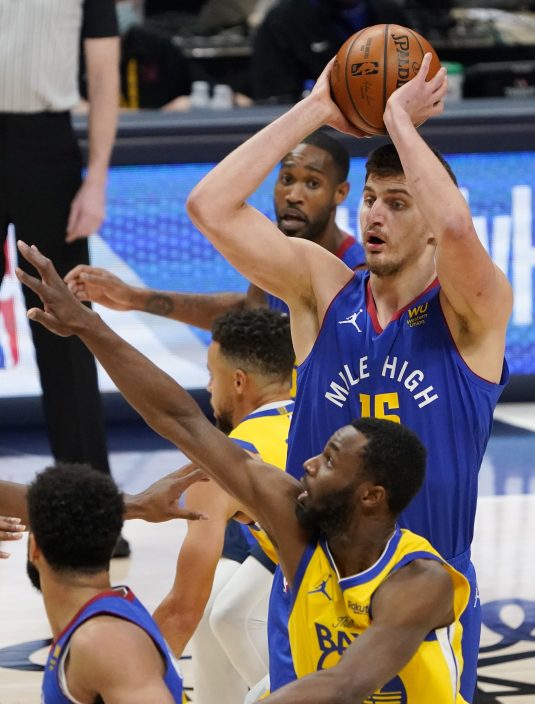 Warriors: Curry played in his 711th regular-season game, tying him with Al Attles for No. 5 on Golden State’s career list. ... Curry had 11 rebounds and seven turnovers. ... Wiseman had 18 points and Andrew Wiggins added 16.

Murray had nine rebounds against Golden State. He had just one total rebound on Denver's recent three-game trip.

“I told Jamal that can’t be,” Malone said. “He responded in a big way.”

Kerr definitely can’t wait for this — back-to-back practice sessions. The Warriors haven’t had that since training camp.

The extra training days opened up after their scheduled game with Phoenix on Friday was postponed because of contact-tracing issues with the Suns.

Now, the plan is for the Warriors to fly home, rest and then hold two straight workouts.

“This should be a good stretch for us,” Kerr said.

Warriors forward Eric Paschall returned following a one-game absence necessitated by a false positive coronavirus test and had eight points. He quarantined for 24 hours and missed a 104-95 loss Tuesday night to Indiana that wrapped up the Warriors’ 4-3 homestand, their longest of the season.

Paschall’s next test was negative.

Malone on defending Curry's deep shots: “I told them, ‘Guys, listen, when he makes his shots, don’t look over at me and say I played good defense when you didn’t,’” Malone said. “This guy is other-worldly, in terms of his talent and shooting ability. You have to guard him with that in mind.”

Warriors: Curry and the Warriors face the Lakers in Los Angeles on Monday.

Nuggets: Host the Utah Jazz on Sunday. It’s a rematch of the first-round playoff series last season inside the NBA bubble when the Nuggets stormed back from a 3-1 deficit to advance.