There will be a bit less mystery to the March Madness bracket now that the NCAA selection committee no longer has to adjust matchups for travel concerns.

With the entire tournament taking place in the Indianapolis area this year because of the coronavirus pandemic, the Division I Men’s Basketball Committee announced Friday that teams will be bracketed more closely to their true seeding, 1-68.

In the past, adjustments were made to keep teams as close as possible to their campuses for the early rounds. 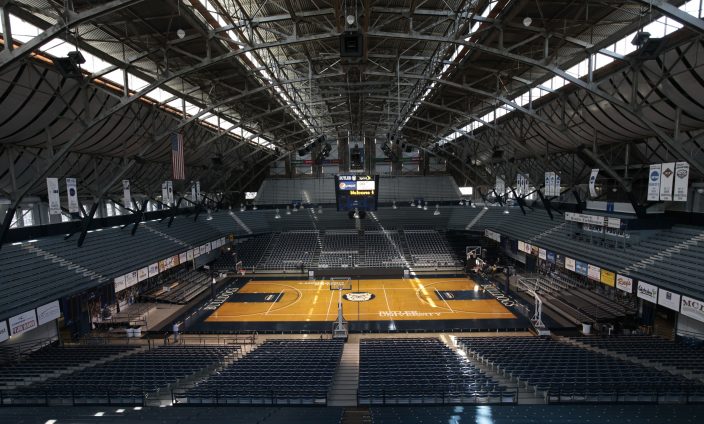 FILE - In this March 30, 2010, file photo, light shines through the windows onto the basketball court at Butler University's Hinkle Fieldhouse in Indianapolis. The NCAA announced Monday, Jan. 4, 2021, that all 67 men's basketball tournament games including the Final Four will be played entirely in Indiana in a bid to keep the marquee event from being called off for a second consecutive year because of the coronavirus pandemic. Games will be played on two courts inside Lucas Oil Stadium as well as at Bankers Life Fieldhouse, Hinkle Fieldhouse, Indiana Farmers Coliseum, Mackey Arena at Purdue and Assembly Hall in Bloomington. Only one game at a time will be played at Lucas Oil Stadium. (AP PhotoAJ Mast, File)

“But this year only, with the entire tournament being played in Indiana, the committee believes this different approach,” said Dan Gavitt the NCAA's senior vice president of basketball.

The same “S-curve’ placement will continue throughout the bracket.

The matchups for the opening-round games will not change, with the four lowest-seeded teams meeting in two games and the last four at-large teams to make the field meeting in the other two.

There will be 37 at-large spots available — one more this year because of the Ivy League's cancellation of its season.

Selection Sunday remains scheduled for March 14, but the NCAA hasn't announced the dates of the tournament yet. With all teams in the same area, there's a chance the schedule could be condensed. The Final Four remains set for April 3 and 5.