Right-hander Reyes Moronta agreed to a $695,000, one-year contract with the San Francisco Giants on Friday to avoid salary arbitration.

The 28-year-old reliever didn’t pitch during the coronavirus-shortened 2020 season as he worked back from shoulder surgery. There had been hope he might get into a game before the end of the season, when the Giants lost on the season’s final day to miss the playoffs. 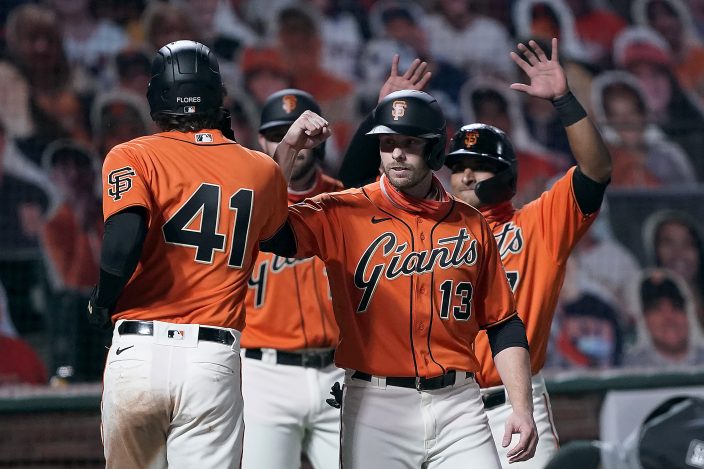 San Francisco Giants' Wilmer Flores (41) is congratulated by Austin Slater (13) and Donovan Solano, right, after hitting a three-run home run against the the San Diego Padres during the sixth inning of the second game of a baseball doubleheader Friday, Sept. 25, 2020, in San Francisco. (AP PhotoTony Avelar)

“We’re certainly hoping we can get those deals wrapped up this week,” Giants executive Farhan Zaidi said last Saturday. 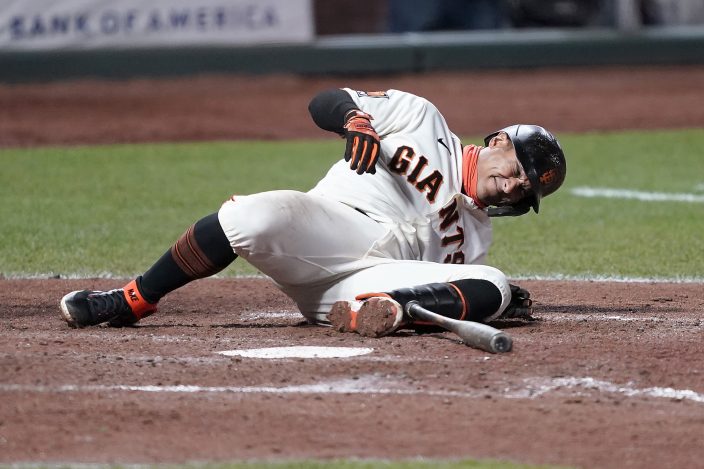 San Francisco Giants' Donovan Solano grimaces after being hit by a pitch against the Colorado Rockies during the seventh inning of a baseball game on Monday, Sept. 21, 2020, in San Francisco. (AP PhotoTony Avelar) 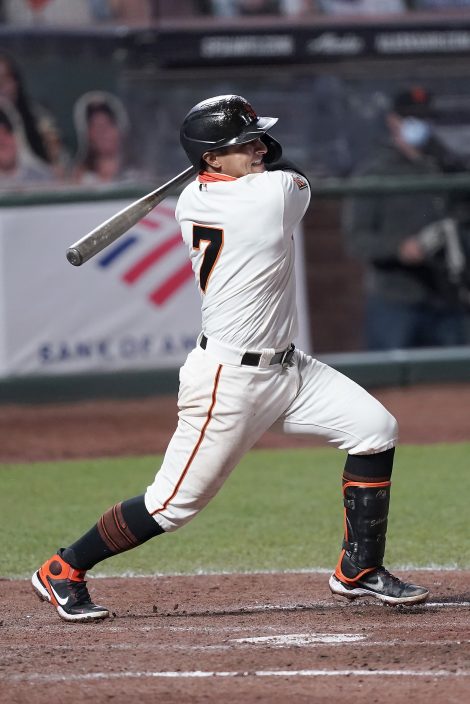 San Francisco Giants' Donovan Solano (7) hits a single to drive in a run against the Colorado Rockies during the fifth inning of a baseball game on Monday, Sept. 21, 2020, in San Francisco. (AP PhotoTony Avelar)