President-elect Joe Biden announced Friday that he has chosen a pioneer in mapping the human genome — the so-called “book of life” — to be his chief science adviser and is elevating the top science job to a Cabinet position.

Biden nominated Eric Lander, founding director of the Broad Institute of MIT and Harvard, who was the lead author of the first paper announcing the details of the human genome, as director of Office of Science and Technology Policy and adviser on science. He is the first life scientist to have that job. His predecessor is a meteorologist.

Saying “science will always be at the forefront of my administration,” Biden said he is boosting the science advisor post to Cabinet level, a first in White House history. 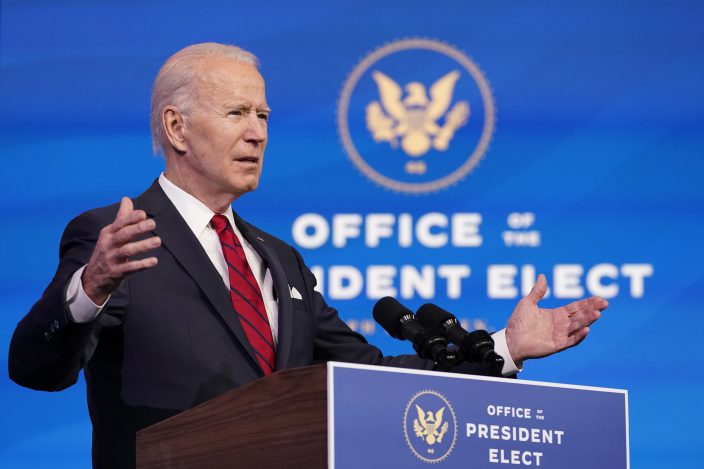 The president-elect also said he is retaining National Institutes of Health Director Dr. Francis Collins, who worked with Lander on the human genome project, and named two prominent female scientists to co-chair the President's Council of Advisors on Science and Technology.

Frances Arnold, a California Institute of Technology chemical engineer who won the 2018 Nobel Prize in chemistry, and MIT vice president for research and geophysics professor Maria Zuber will co-chair the outside science advisory council. Lander held that position during Obama administration.

“I predict he will have a profound transformational effect on American science,” Collins said.

The job as director of science and technology policy requires Senate confirmation.

Science organizations were also quick to praise Lander and the promotion of the science post.

“Elevating (the science adviser) role to member in the President's Cabinet clearly signals the administration's intent to involve scientific expertise in every policy discussion,” said Sudip Parikh, chief executive officer of the American Association for the Advancement of Science, the world's largest general scientific society.

Lander, also a mathematician, is a professor of biology at both Harvard and MIT and his work has been cited nearly half a million times in scientific literature, one of most among scientists. He has won numerous science prizes, including a MacArthur “genius” fellowship and a Breakthrough Prize, and is one of Pope Francis' scientific advisors.

Lander has said in talks that an opportunity to explain science is his “Achilles' heel": “I love teaching and more than that, I firmly believe that no matter what I do in my own scientific career, the most important impact that I could ever have on the world is going to be through my students.”

Raptors will be short-handed when they return to floor