Myles Garrett has only respect for Chiefs quarterback Patrick Mahomes, a generational talent on another level from other players in the NFL.

Reverence aside, Garrett hopes to make Mahomes remember meeting him in the playoffs. 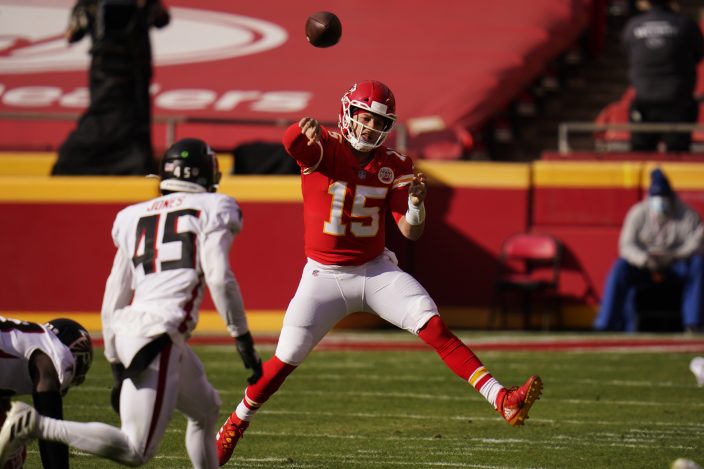 Kansas City Chiefs quarterback Patrick Mahomes throws a pass during the first half of an NFL football game against the Atlanta Falcons, Sunday, Dec. 27, 2020, in Kansas City. (AP PhotoJeff Roberson)

“I want him to be able to go home when he has his kid or kids and tell them that he went against Myles Garrett,” the Browns' star defensive end said Friday after he and his teammates had their last full practice before facing top-seeded Kansas City in Sunday's divisional playoff game.

”It is not just me versus him — it is the Browns versus the Chiefs," Garrett said. "But individually, I like to leave an impression on everybody I go against.”

Garrett's ready to take on the Super Bowl champions, and he believes the Browns (12-5) are as well. 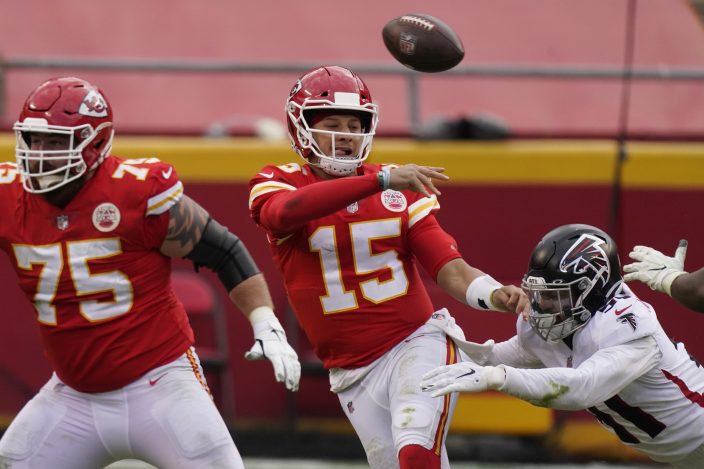 Kansas City Chiefs quarterback Patrick Mahomes throws a pass while being chased down by Atlanta Falcons Jacob Tuioti-Mariner during the second half of an NFL football game, Sunday, Dec. 27, 2020, in Kansas City. (AP PhotoCharlie Riedel)

Cleveland's not being given much of a chance at Arrowhead Stadium, but that was the case a week ago when the Browns went into Heinz Field as underdogs and stunned the Steelers despite missing their coach and two top players because of COVID-19.

The Browns are healthier, and Garrett insists hungrier. Satisfaction hasn't been attained.

“You have to prove what you are worth day in and day out,” Garett said. "Every time those lights are on and we are on the field, we have to show that we are a great team. Here is another opportunity to show that.” 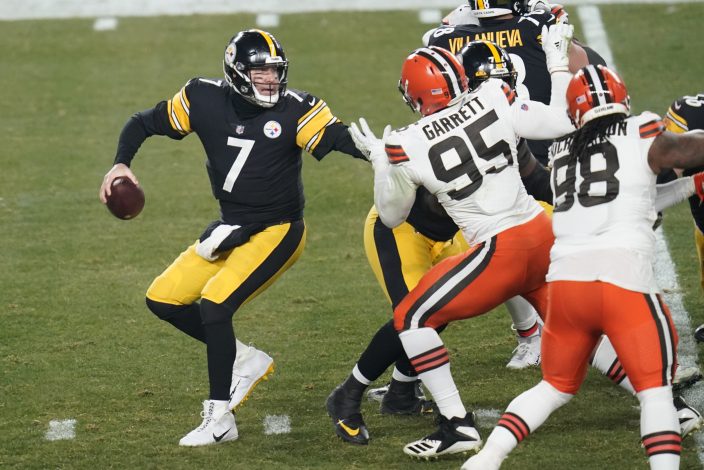 It's a monumental task for the Browns, who will be facing an offense with no weaknesses and a quarterback capable of turning the mundane into magical.

There is no one like Mahomes, who has 38 TD passes this season and can lean on playoff experience Garrett and the Browns lack.

“He is kind of regarded as the face of the league right now,” Garrett said. 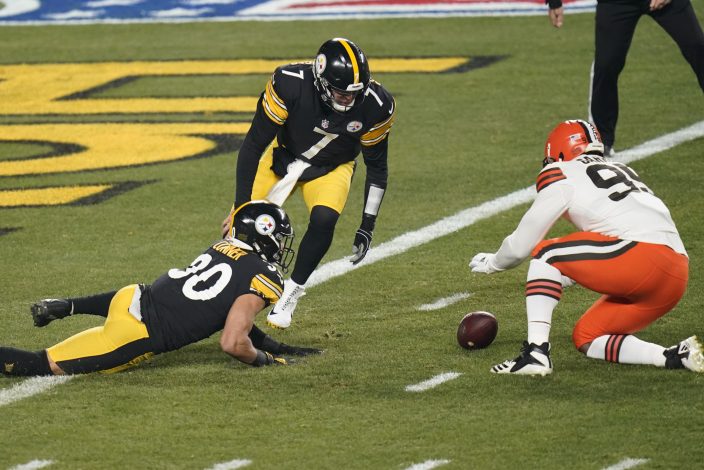 Since coming back after missing two games with COVID-19, Garrett has played well but isn't delivering the same game-swinging plays he did earlier this season, when strip-sacks, fumble recoveries were common place for the All-Pro.

Garrett's been close. He wants to be closer this week against Mahomes.

Is now the time?

Garrett has done plenty of studying on Mahomes, and knows the Browns can't take a play off. None.

The key to stopping the Chiefs is forcing mistakes, and Mahomes rarely makes any.

“The guy is great with his feet and he is great throwing off of the run,” Garrett said. “He can make plays in any part of the field so we have to be prepared for that. Do not jump for those ball fakes. If you take your shot at him, make it clean and try to take the ball away from him.

“The best place to be on the field with Patrick is with the ball in our hands instead of him because he is great with it.”

The Browns have gone further than anyone outside the team expected.

“We are here. We might as well be great,” he said. “Nobody is excited about just getting a ticket to the dance. Like I said, you want to dance with the pretty girl. You want to shoot your shot, and the worst she can say is no.

“As long as you go out there and you take your best shot, you will be proud of the result, but we are not satisfied until we see how far we can get.”