The Kansas City Royals agreed to one-year contracts Friday with right-hander Brad Keller and infielder Adalberto Mondesi and have no further players eligible for salary arbitration.

Keller missed the first part of last season after contracting COVID-19 but returned to go 5-3 with a 2.47 ERA. The 25-year-old right-hander, who made $227,037 last year as a prorated portion of his $613,000 salary, was in his first year of arbitration. Keller is expected to join left-hander Danny Duffy in providing some experience for an otherwise young but talented starting rotation. 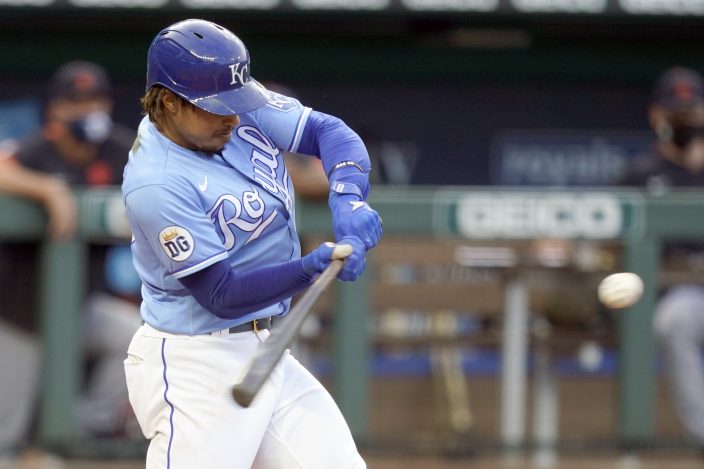 Mondesi has emerged as one of the cornerstones of the rebuilding Royals’ lineup over the past few seasons, playing elite defense at shortstop while batting .256 with six homers and 22 RBIs in 59 games during the abbreviated 2020 season. He also led the American League with 24 stolen bases. Mondesi made $223,889 last season, the prorated portion of his $604,500 contract. 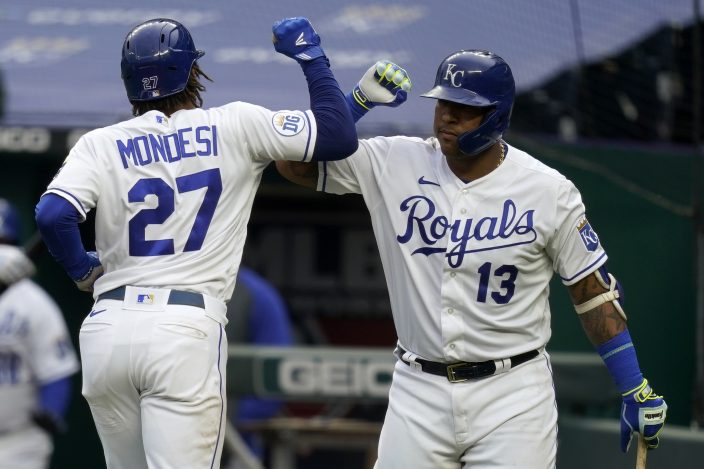 Kansas City Royals Adalberto Mondesi (27) is congratulated by teammate Salvador Perez (13) after his solo home run during the fourth inning of a baseball game against the Detroit Tigers at Kauffman Stadium in Kansas City, Mo., Sunday, Sept. 27, 2020. (AP PhotoOrlin Wagner)