Oklahoma City rallied from 22 points down in the second half. Zach LaVine, who led the Bulls with 35 points, could have won it in overtime but he missed a deep, off-balance 3-pointer in the closing seconds.

Lu Dort scored 21 for the Thunder, who claimed their first home win in six tries this season. 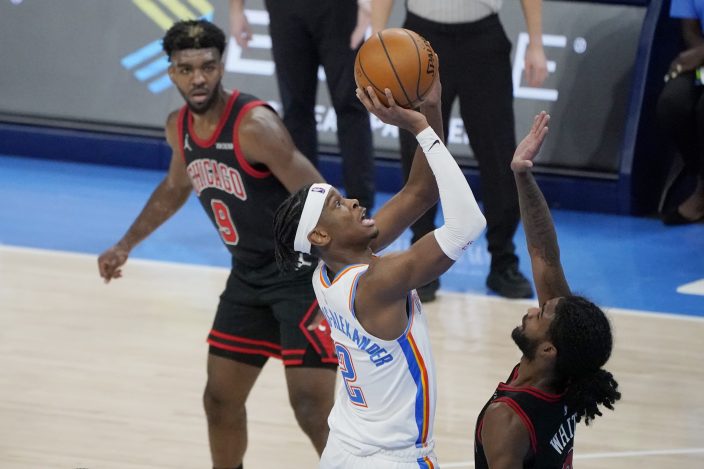 Coby White had 22 points for the Bulls, who lost their fourth straight.

The Bulls led 78-56 early in the second half, but the Thunder responded with a 13-0 run to get back into the game. Dort scored 13 points in a span of 2:33 to help trim the deficit, and Oklahoma City got as close as two points in the period. Chicago took a 95-87 lead into the fourth quarter.

Gilgeous-Alexander scored 12 points in the fourth to help force overtime. LaVine missed a contested 3 in the closing seconds that could have won it for Chicago. 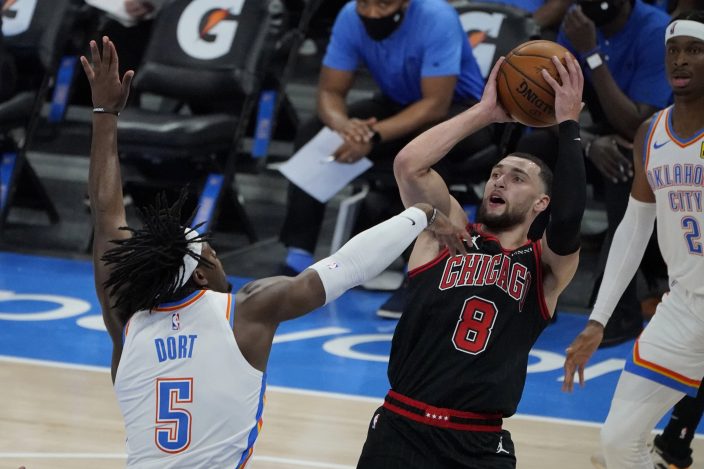 Lavine's 3-pointer with 6.1 seconds to play in overtime cut the Thunder lead to 126-125. Oklahoma City's George Hill was fouled with 5.2 seconds left. He missed the first free throw and made the second to set up LaVine's final attempt.

Thunder: C Al Horford sat out for personal reasons. He missed Wednesday's game against the Los Angeles Lakers to rest in the second game of a back-to-back. ... Oklahoma City shot 56% in the third quarter and outscored the Bulls 37-27. ... Second-year C Isaiah Roby fouled out with 14 points. ... Reserve G/F Kenrich Williams scored 14 points.

The Bulls visit the Mavericks on Sunday.

The Thunder host the 76ers on Sunday.