Weaver got $1.95 million and Kelly's deal is for $1.7 million. Left-hander Caleb Smith was the only other Arizona player still eligible for arbitration.

The 27-year-old Weaver slogged through a rough 2020 season with a 1-9 record and 6.58 ERA. He's still expected to be a big part of the starting rotation next season along with Madison Bumgarner, Zac Gallen and Merrill Kelly. 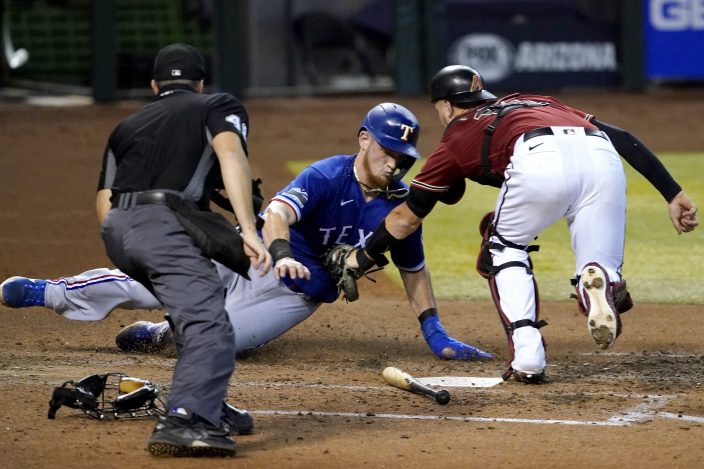 Texas Rangers' Sam Huff is tagged out at the plate by Arizona Diamondbacks catcher Carson Kelly while trying to score on a fielders choice hit by teammate Anderson Tejeda during the sixth inning of a baseball game, Wednesday, Sept. 23, 2020, in Phoenix. (AP PhotoMatt York)

The 29-year-old Smith was acquired in a midseason trade with the Marlins. He missed a big chunk of the year, partly because of a bout with COVID-19. He returned to pitch 11 innings for the Diamondbacks and had a 2.45 ERA. 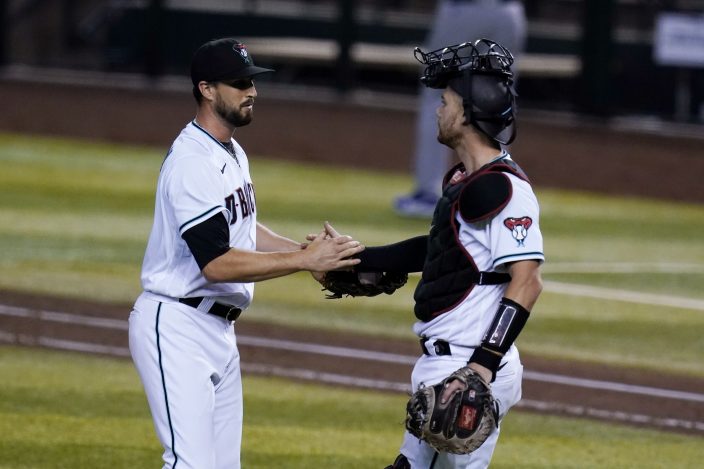