Gabriel Landeskog scored two goals to reach 200 for his career, helping the Colorado Avalanche rebound from an opening-night loss with an 8-0 rout of the St. Louis Blues on Friday. 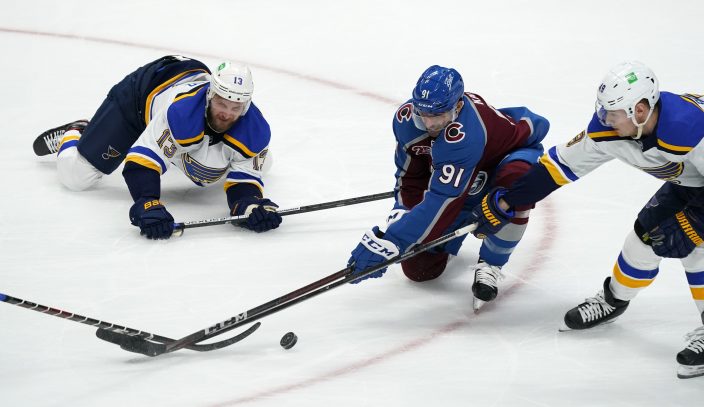 The Avalanche entered the season with title expectations but had a lackluster effort in a 4-1 loss to St. Louis on Wednesday night. After a scoreless first period, their offense broke out in the second and third.

Landeskog got the first goal at 4:03 and his milestone tally 10 minutes later when he cashed in on a pass from Rantanen at 14:34 of the second. Just 2:10 before that, André Burakovsky, who also had an assist, scored for the second straight game.

Rantanen made it 4-0 late in the second with a shot from one knee that beat goalie Jordan Binnington for his 100th goal. 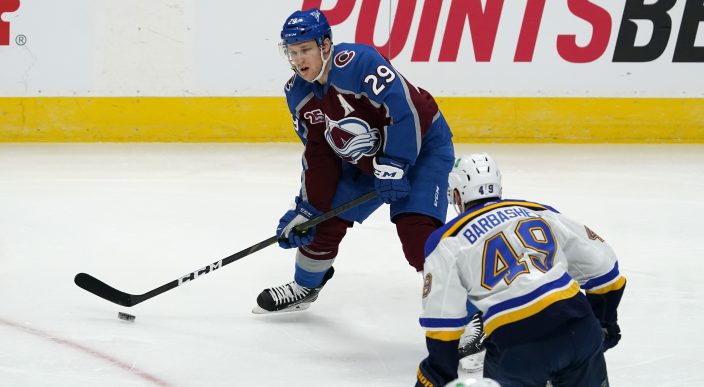 Binnington stopped 20 shots before being replaced by Ville Husso to start the third period. Husso made six saves in his NHL debut.

Husso stopped his first shot of the night, but Kadri knocked in the rebound 1:13 into the third. MacKinnon and Joonas Donskoi scored 33 seconds apart later in the third, and Devon Toews scored on the power play to complete the blowout. 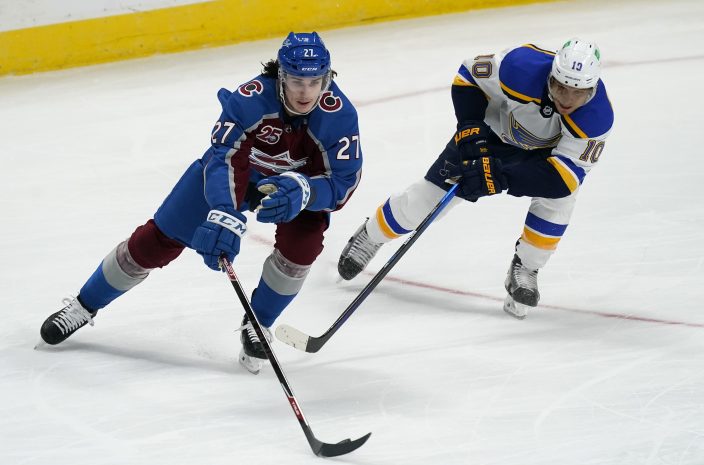 Avalanche defenseman Sam Girard had two assists. ... St. Louis defenseman Robert Bortuzzo sustained an upper-body injury in the first period and did not return. ... Avalanche defenseman Bowen Byram, the fourth overall pick in the 2019 draft, will skate Saturday. Byram had to wait seven days to join the team after arriving from Canada, where he played in the world junior championship tournament. 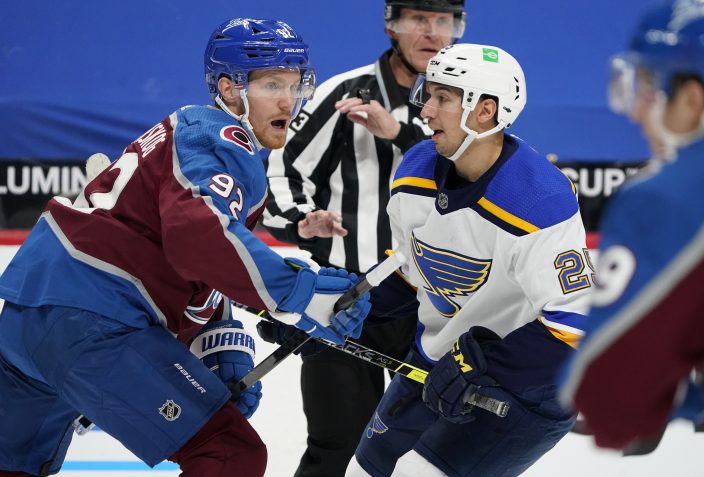 Avalanche: At the Los Angeles Kings on Tuesday to begin a four-game swing through Southern California. 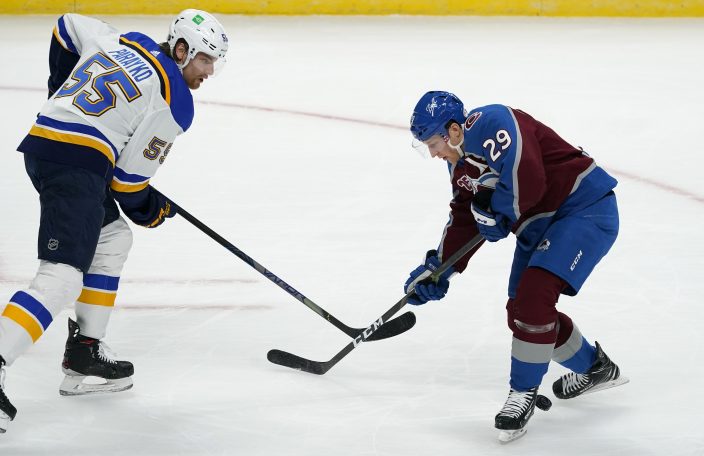 Colorado Avalanche center Nathan MacKinnon, right, has the puck slide between his skates after his shot was blocked by St. Louis Blues defenseman Colton Parayko in the first period of an NHL hockey game Friday, Jan. 15, 2021, in Denver. (AP PhotoDavid Zalubowski)