LeBron James had 21 points, 11 assists and eight rebounds, and Anthony Davis added 17 points against his former team in the Los Angeles Lakers' fifth consecutive victory, 112-95 over the New Orleans Pelicans on Friday night.

Kentavious Caldwell-Pope hit four 3-pointers while scoring 16 points, and Montrezl Harrell also had 16 for the defending NBA champions. The Lakers remained unbeaten in five meetings with the Pelicans since the franchise-altering trade in July 2019 that sent Davis to LA and three starters to New Orleans.

Brandon Ingram scored 17 of his 20 points in the first half against his former team for the Pelicans, who have lost five straight. Zion Williamson had 21 points and 12 rebounds after missing Wednesday's game against the Clippers due to the NBA's health and safety protocols, but New Orleans blew an early 15-point lead on its third stop on a seven-game trip. 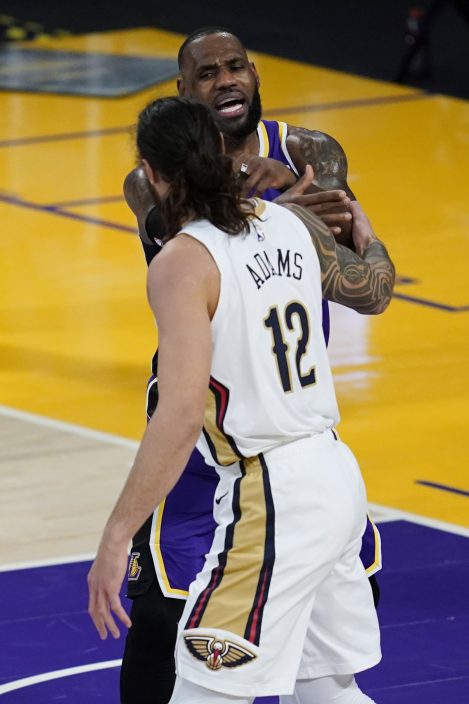 Davis averaged 36 points and 12 rebounds in his three reunions with the Pelicans last season, but he took a complementary role this time in another impressive team win led by James and featuring seven Lakers scoring at least nine points.

Dennis Schröder had 12 points for the Lakers, and Kyle Kuzma added 11 points and 13 rebounds.

Los Angeles broke away with a 15-0 run late in the third while forcing eight straight misses and three turnovers by New Orleans. 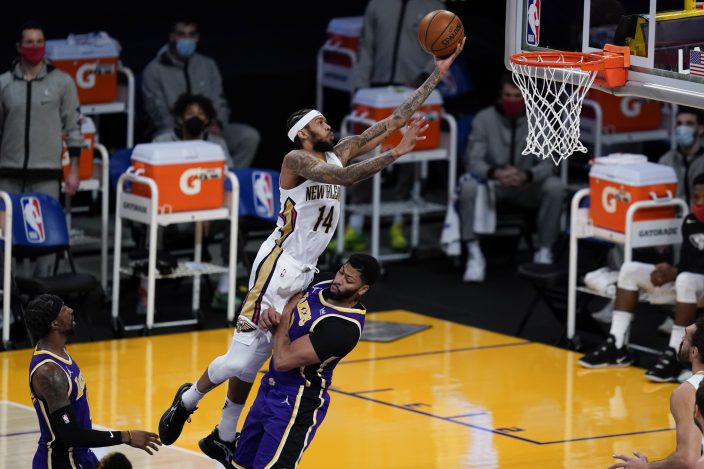 Lakers: Davis played with lower back tightness. ... Alex Caruso had another phenomenal two-way game, hitting three straight 3-pointers and posting a plus-29 in his first 18 minutes of play. 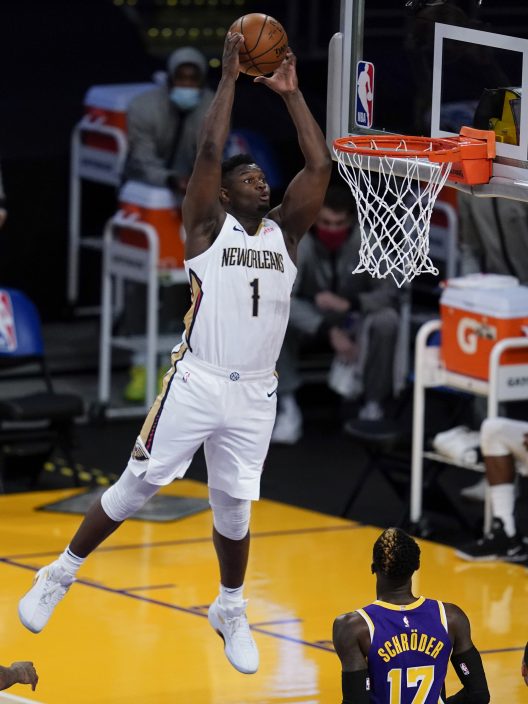 Pelicans: at Kings on Sunday. 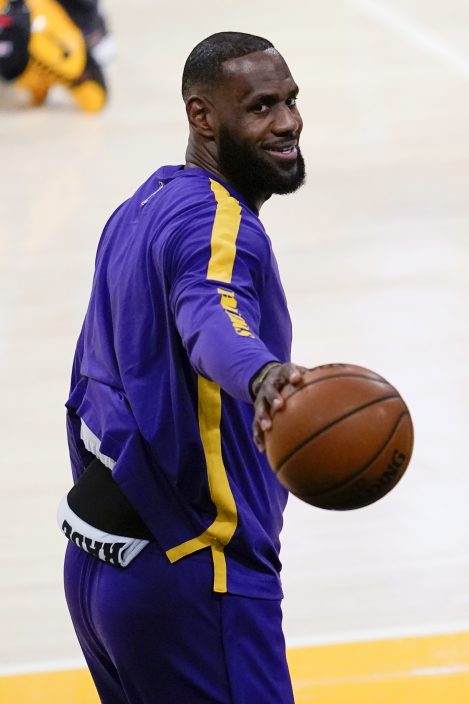 Los Angeles Lakers forward LeBron James points to a person in the stands before the team's NBA basketball game against the New Orleans Pelicans on Friday, Jan. 15, 2021, in Los Angeles. (AP PhotoAshley Landis)

The February storm is unforgiving, ...