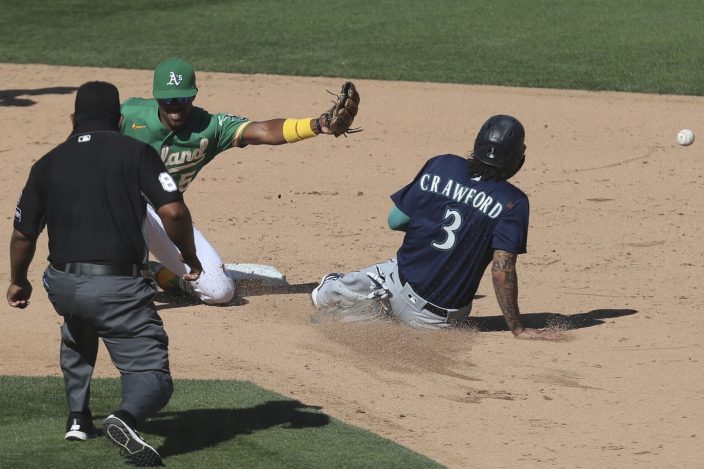 Seattle Mariners' J.P. Crawford (3) steals second base as Oakland Athletics' Tony Kemp waits for the throw during the eighth inning of the first baseball game of a doubleheader in Oakland, Calif., Saturday, Sept. 26, 2020. (AP PhotoJed Jacobsohn)

Murphy was slated to be Seattle’s starting catcher, but injuries from summer camp led to him missing the entire season. Murphy broke a bone in his left foot and had setbacks in his recovery. He made a prorated $213,815 on a salary of $577,300.

Montero was one of Seattle’s biggest offseason acquisitions in the hopes of improving a bullpen that was among the worst in baseball. The 30-year-old right-hander was the Rangers' closer for most of last season after Jose Leclerc was sidelined due to a shoulder injury after just two appearances. Montero converted all eight of his save opportunities. He earned a prorated $290,741 on a salary of $785,000. 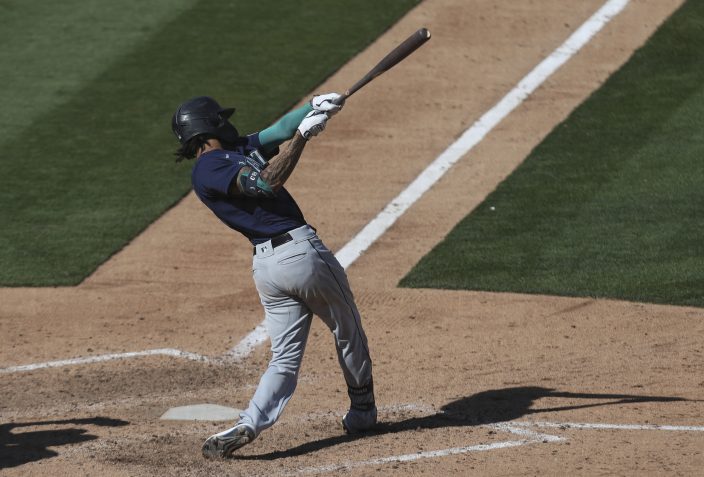 Seattle Mariners' J.P. Crawford hits an RBI-single against the Oakland Athletics during the eighth inning of the first baseball game of a doubleheader in Oakland, Calif., Saturday, Sept. 26, 2020. (AP PhotoJed Jacobsohn) 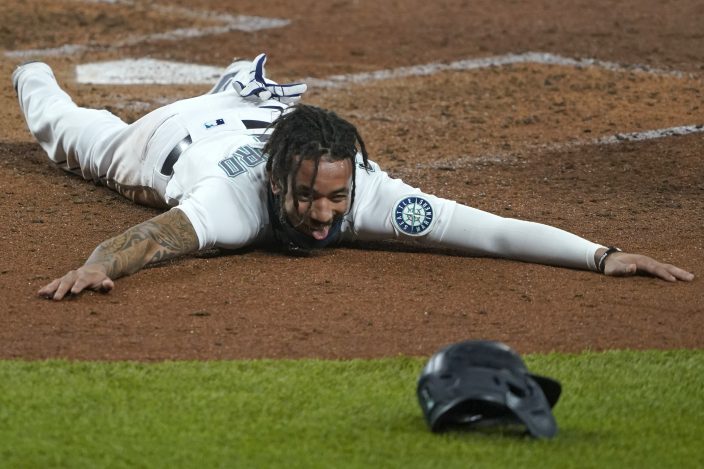 Seattle Mariners shortstop J.P. Crawford sprawls on the dirt and reacts after sliding safely home during the fifth inning of a baseball game against the Houston Astros, Wednesday, Sept. 23, 2020, in Seattle. Crawford scored on a double hit by Kyle Seager. (AP PhotoTed S. Warren)