UNITED NATIONS — A new U.N. report estimates that the COVID-19 pandemic reduced the number of international migrants by 2 million by the middle of 2020 because of border closings and a halt to travel worldwide — an estimated 27% decrease in expected growth.

Clare Menozzi, principal author of the report by the U.N. Department of Economic and Social Affairs’ Population Division, told a news conference Friday that for the second half of 2020 “we have a sense that it will be probably comparable, if not more so.”

She said international migration had been projected to grow by 7 to 8 million between mid-2019 and mid-2020. 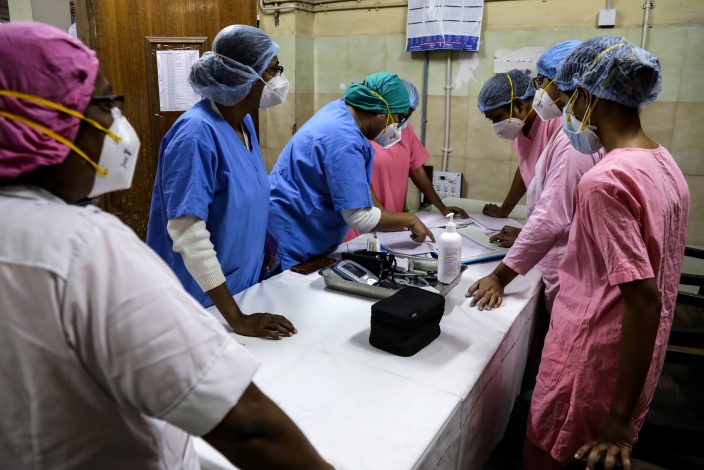 Hospital staff goes through the documents prior to COVID-19 vaccination drive at a hospital in Kolkata, India, Saturday, Jan. 16, 2021. India started inoculating health workers Saturday in what is likely the world's largest COVID-19 vaccination campaign, joining the ranks of wealthier nations where the effort is already well underway. (AP PhotoBikas Das)

But the border closures and travel clampdown starting in March, as the pandemic circled the globe, meant zero growth for four months, and an estimated 2 million reduction in the expected number of international migrants, Menozzi said.

By August 2020, Population Division Director John Wilmoth noted, “there had been more than 80,000 travel restrictions imposed by 219 countries or territories across the world.”

Over the last two decades, growth in the number of international migrants has been robust. 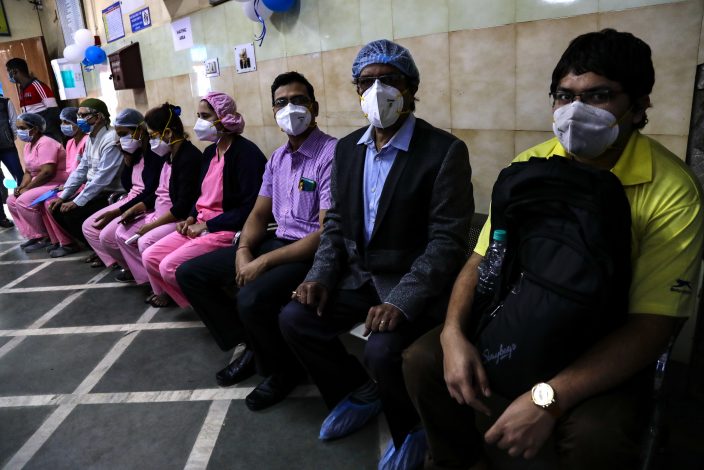 First batch of health workers wait for their turn to get vaccinated at a hospital in Kolkata, India, Saturday, Jan. 16, 2021. India started inoculating health workers Saturday in what is likely the world's largest COVID-19 vaccination campaign, joining the ranks of wealthier nations where the effort is already well underway. (AP PhotoBikas Das)

Wilmoth said that according to the latest estimates, “the number of international migrants worldwide reached 281 million persons in 2020, up from 173 million in 2000,” They account for just 3.6% of the total global population, he said. 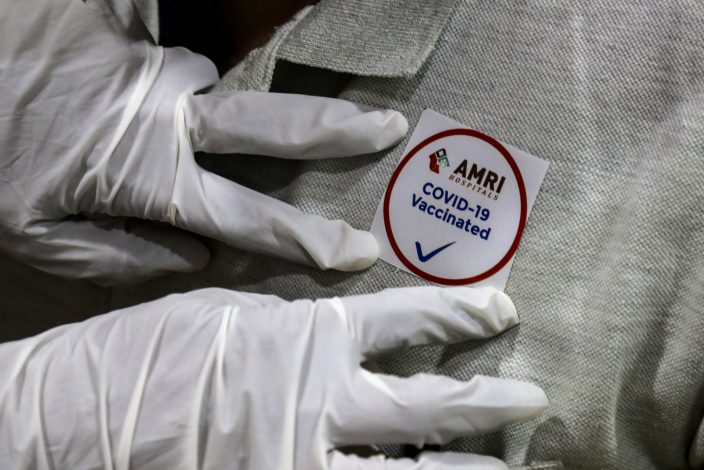 A hospital staff puts a badge on the chest of a colleague after being administered COVID-19 vaccine at a hospital in Kolkata, India, Saturday, Jan. 16, 2021. India started inoculating health workers Saturday in what is likely the world's largest COVID-19 vaccination campaign, joining the ranks of wealthier nations where the effort is already well underway. (AP PhotoBikas Das)

— Biden: We’ll ‘manage the hell’ out of feds’ COVID response

— China builds hospital in 5 days after surge in virus cases

Mexico posted a record spike in coronavirus cases on Friday, with 21,366 newly confirmed infections, about double the daily rate of increase just a week ago. The country also recorded 1,106 more deaths.

It was unclear if the spike was due to the presence of the U.K. virus variant, of which only one case has so far been confirmed in a visiting British citizen.

The country has now seen almost 1.61 million total infections and has seen registered over 139,000 deaths so far in the pandemic.

The country’s extremely low testing rate means that is an undercount, and official estimates suggest the real death toll is closer to 195,000. So little testing is done that 8% of all those who got a test later died during recent weeks; normally, only people with severe symptoms are tested.

The National Health Commission said 90 of those confirmed cases were in Hebei province, adjacent to Beijing, where the country’s biggest recent outbreak occurred.

Another 23 cases were in Heilongjiang province in the northeast, the commission said.

There were 15 infections that were determined to have been contracted abroad.

SALEM, Ore. - Gov. Kate Brown said Friday that plans to vaccinate Oregon residents over 65 starting next week would have to be delayed and scaled back substantially as she accused the Trump administration of backtracking on a promise of more than 100,000 additional doses of the COVID-19 vaccine from the federal reserve.

State health officials announced this week that vaccine eligibility would be expanded to educators and seniors beginning Jan. 23. However, following news that there is “no federal reserve” of doses, Brown said she has limited vaccinations to educators beginning Jan. 25 and to people 80 or older on Feb. 8 — with a 12-week rollout to reach all seniors who are 65 and over.

“I am shocked and appalled that the federal government would set an expectation with the American people, on which they knew they could not deliver, with such grave consequences,” Brown said.

The governor said Friday that she was told late Thursday by Gen. Gustave F. Perna, the leader of the “Operation Warp Speed” federal vaccine effort, that states will not be receiving increased shipments of vaccines from the national stockpile next week “because there is no federal reserve of doses.”

MADISON, Wis. — Gov. Tony Evers blasted federal officials Friday for promising to release the remainder of their COVID-19 vaccine stockpile when it apparently was already exhausted, calling the pledge a “slap in the face.”

Evers has been taking pointed criticism from Republican legislators for weeks over the slow pace of Wisconsin’s vaccine rollout. He told reporters on a conference call on Friday that Vice President Mike Pence and U.S. Health Services Secretary Alex Azar told governors this week that they planned to release whatever vaccines the federal government had been holding in reserve to speed inoculations.

But federal officials have since said the stockpile was exhausted when those promises were made and governors can’t expect any windfall shipments. The news has escalated tensions and uncertainty about the sluggish pace of inoculations and who’s responsible for it. Evers accused Pence and Azar of misleading governors.

“It was just plain old obfuscation,” Evers said. “I was told by the vice president, a couple days ago, and the secretary of health services that they’re opening the gates, we’re going to send you the remainder of what was stockpiled. I guess they may have been telling the truth because it’s zero.”

A total of 213,056 people had been vaccinated in the state as of Friday, the Wisconsin Department of Health Services said. That’s about 0.036% of the state’s population.

BISMARCK, N.D. — North Dakota Gov. Doug Burgum on Friday said he will drop a statewide mask requirement as well as limits on the number of people who gather in restaurants, bars and event venues, citing a dramatic drop in active COVID-19 cases and hospitalizations due to the coronavirus.

The Republican governor said he will allow an executive order to expire on Monday, as scheduled.

“The fight is far from over but we can certainly see the light of the end of the tunnel from here,” he said.

Burgum issued the executive order on Nov. 13 and had extended it once.

Burgum earlier this month had eased restrictions on food service establishments that let them operate at 65% capacity.

North Dakota ranked among the worst states in the nation for coronavirus spread for several weeks this fall, but cases have been in decline for weeks.

WASHINGTON — President-elect Joe Biden issued a rebuke of Republican lawmakers who refused to wear masks while sheltering in crowded rooms during last week’s violent insurrection on the Capitol.

“What the hell’s the matter with them?” Biden asked, adding that “it’s time to grow up.”

Dozens of lawmakers were ushered off the House floor to an undisclosed location as a mob of Donald Trump supporters descended on the Capitol last week to protest Biden’s election win. Democrats say Republicans refused to wear masks, with some even resisting when Delaware Democratic Rep. Lisa Blunt Rochester tried to pass them out to the crowd.

Five members of Congress announced they tested positive for the coronavirus after being taken to a safe space when the riot began.