Republicans are worried that a corporate backlash stirred by the deadly Capitol insurrection could crimp a vital stream of campaign cash, complicating the party’s prospects of retaking the Senate in the next election.

The GOP already faces a difficult Senate map in 2022, when 14 Democratic-held seats and 20 Republican ones will be on the ballot. That includes at least two open seats that Republicans will be defending because of the retirements of GOP Sens. Pat Toomey of Pennsylvania and Richard Burr of North Carolina.

But some in the party say the problem may be bigger than the map. Eight Republican senators voted to reject Electoral College votes for President-elect Joe Biden, even after the ransacking of the Capitol by a mob of Donald Trump supporters who were exhorted by the president to stop Congress from certifying Biden's victory. Five people died in the mayhem, including a Capitol Police officer. 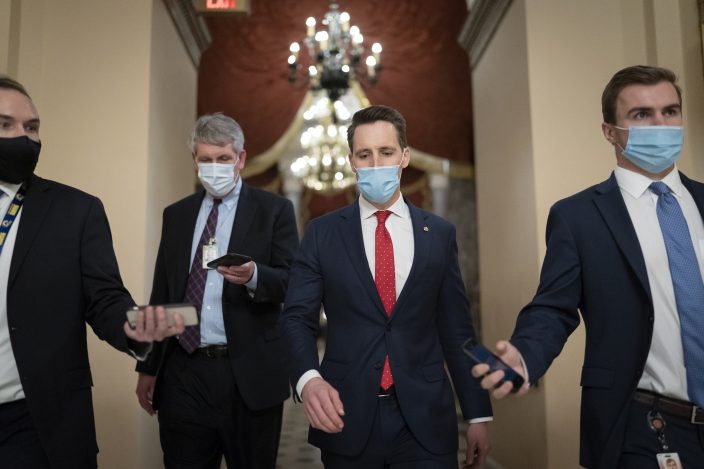 FILE - In this Jan. 6, 2021, file photo after violent protesters loyal to President Donald Trump stormed the U.S. Capitol today, Sen. Josh Hawley, R-Mo., walks to the House chamber to challenge the results of the presidential election in Pennsylvania during the joint session of the House and Senate to count the Electoral College votes cast in November's election, at the Capitol in Washington. (AP PhotoJ. Scott Applewhite, File)

Recriminations were swift, with more than a dozen corporate giants — including AT&T, Nike, Comcast, Dow, Marriott, Walmart and Verizon — pledging to withhold donations to Republican lawmakers who voted to reject the outcome of the election in Arizona or Pennsylvania. One of those lawmakers, Florida Sen. Rick Scott, is the new chair of the National Republican Senatorial Committee, a post that makes him the public face of the Senate Republican fundraising efforts.

“That’s the crux of the issue: Is this a storm that will blow over, or is ... challenging (Biden's) Electoral College certification a scarlet 'A'?” said Republican donor Dan Eberhart, who has contributed at least $115,000 to Senate Republican efforts in recent years.

The lost contributions aren't disastrous on their own. Political action committees controlled by corporations and industry groups are limited to giving $5,000 to a candidate per year, a sliver of the typical fundraising haul for most Senate candidates. 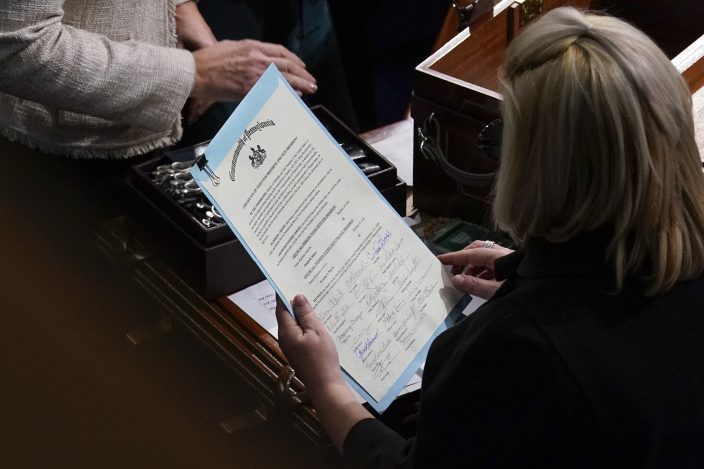 But two senior Republican strategists involved in Senate races say the cumulative effect of the companies' decisions could have a bigger impact.

Both of the strategists, who spoke on the condition of anonymity to discuss internal party deliberations, say companies that suspended political giving are also sending a powerful signal to their executives, board members and employees about whom they should donate to. And with Scott at the helm of the NRSC, that could affect the committee's cash flow, they said.

Adding to the worries, other pillars of GOP fundraising — including the U.S. Chamber of Commerce, the National Rifle Association and groups tied to the Koch brothers — can no longer be counted on for robust financial support. 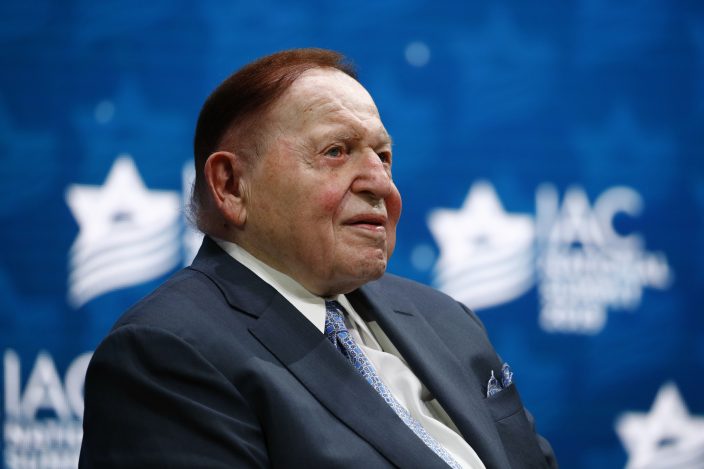 The NRA announced Friday that it had filed for bankruptcy after years of profligate spending and insider dealing by top leaders. The Chamber of Commerce, which angered some Republicans when it recently started donating to Democrats, announced this week that it will withhold contributions from some Republicans over their actions. And the Koch network, too, announced it will scrutinize whom it gives to following the insurrection, as first reported by The Wall Street Journal.

“There are some members who by their actions will have forfeited the support of the U.S. Chamber of Commerce,” Neil Bradley, the chamber’s chief policy officer, said this week. “Our PAC will continue to support those candidates who demonstrate that type of commitment to governing and democratic norms and our priorities.”

More concerning still, one of the most influential Republican megadonors, Sheldon Adelson, died in recent days. That puts more pressure on the NRSC and the leading Senate Republican outside group, Senate Leadership Fund, to cover the difference.

Even before the last week's violence, Republican Sens. Ted Cruz of Texas and Josh Hawley of Missouri drew widespread ire for leading efforts to challenge Biden's win. Since the assault on the Capitol, both have come under even harsher criticism from editorial boards and influential donors, including calls to resign. Both are seen as likely 2024 White House contenders.

Then there's Scott, a wealthy businessman and former Florida governor. He also voted to object to Biden's win.

“Daily reminder, Senate Republicans have chosen one of the handful of Senators who supported the big lie AFTER death and destruction in the Capitol to be their political leader,” tweeted former Missouri Sen. Claire McCaskill, a Democrat who was ousted by Hawley. “Rick Scott is in charge of the organization that tries to elect R’s.”

Scott's new position as NRSC chair is widely viewed as a prelude to a potential 2024 run and one that will bring him into close contact with a national network of the Republican Party's biggest donors.

On Wednesday, Scott released a video message after taking over the NRSC that was heavy on his biography and light on his plan to help Republicans win. That irked some Republicans, who believe Scott took over the NRSC to help build a national donor network for an expected presidential bid, according to three Republican strategists.

“I’ve won four statewide elections. All the races were close. In the process, I’ve raised a lot of money and spent a fortune of my own,” Scott said in the video. “I can say this with confidence: I will never ask a potential donor to contribute more than I have already given.”

In a statement, Chris Hartline, an NRSC spokesperson and aide to the senator, said Scott was the party's “best fundraiser” and the committee had “no interest in engaging with nonsense from D.C. consultants who have no idea what they’re talking about.”

“Senator Scott has been clear that if folks want higher taxes, more regulation, bigger government and nationalized health care, they should feel free to give to Democrats," Hartline said.

Some say it's too early to tell if the corporate backlash will truly hurt Republicans. They note that with elections just held this is a period when there is typically little fundraising activity. And some are confident that, as Washington comes under unified Democratic control, business groups will find common cause with Republicans once again.

“A lot of this talk is premature and shortsighted,” said Scott Reed, a longtime Republican strategist. "A re-regulation crowd is taking over Congress and the White House. This is a decision many will regret by midsummer."

The eight GOP senators who voted to uphold objections to the Electoral College count were Cruz, Hawley, Scott, Cindy Hyde Smith of Mississippi, John Kennedy of Louisiana, Roger Marshall of Kansas, Tommy Tuberville of Alabama and Cynthia Lummis of Wyoming.

The NHL has suspended Vancouver Ca ...