Florian Thauvin fluffed a penalty and Marseille paid the price as it was stunned at home by struggling Nimes 2-1 in the French league on Saturday.

Thauvin sent goalkeeper Baptiste Reynet the wrong way from the spot but his shot went over the crossbar in the 35th minute. Moments later, Reynet saved striker Dario Benedetto’s tame shot from close range with his foot.

Marseille was punished for those misses when Swedish midfielder Niclas Eliasson struck twice in quick succession early in the second half for Nimes to move off the bottom and into 18th place. 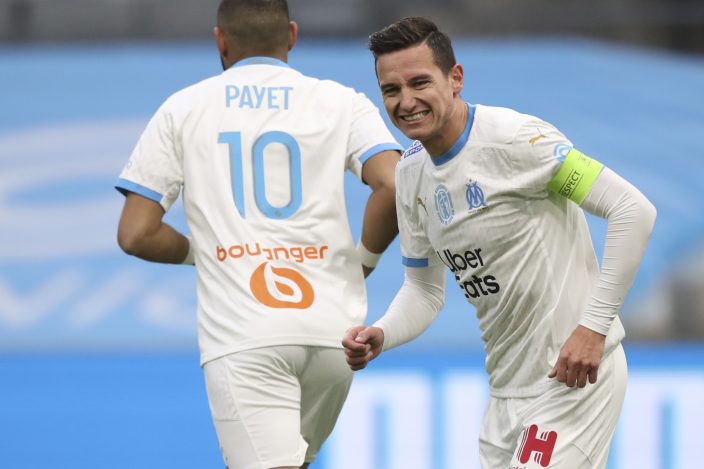 Benedetto pulled a goal back with five minutes left.

Right back Pol Lirola started his first game for Marseille since joining on loan from Italian side Fiorentina but the home side's defense looked shaky without injured goalie Steve Mandanda.

Later Saturday, PSG was without coach Mauricio Pochettino for the trip to Angers after he tested positive for the coronavirus. A win would move PSG into first place ahead of Lyon, which hosts midtable Metz on Sunday. 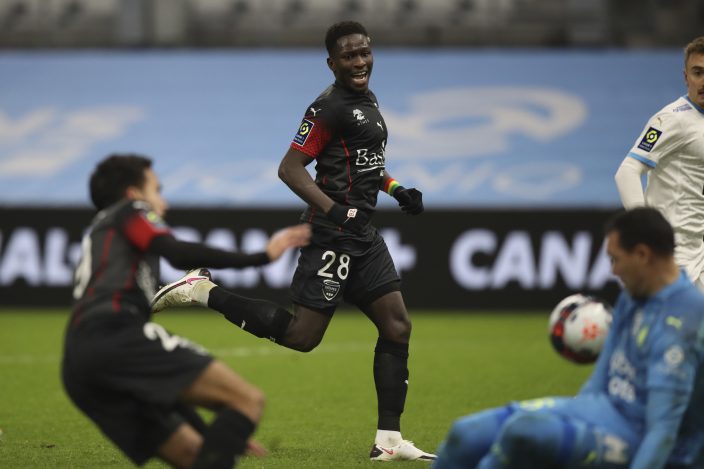 Nimes' Moussa Kone, center, looks on as Nimes' Niclas Eleasson, not seen, scores his side's second goal during the French League One soccer match between Marseille and Nimes at the Veledrome stadium in Marseille, France, Saturday, Jan.16, 2021. (AP PhotoDaniel Cole)

Weah, David score for leader Lille in 3-0 win at Bordeaux

Lens the only winner as league postpones Marseille vs Rennes