Arizona got off to a slow start before coming to life late in a shootout loss to San Jose on Thursday night. The Coyotes pressured the Sharks from the start Saturday, scoring four goals in the opening two periods.

Kessel, who struggled with injuries in his first season in the desert, scored the tying goal in the closing seconds of the opener and had goals in each of the first two periods Saturday. 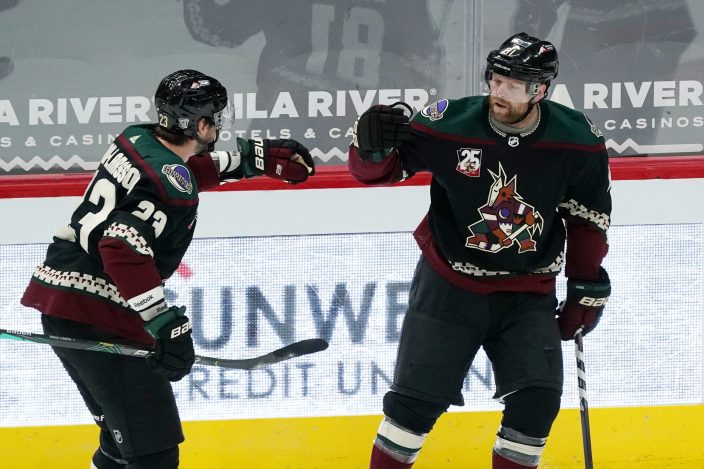 Timo Meier had a goal and an assist, and Martin Jones allowed five goals on 24 shots for the Sharks. Ryan Donato and Tomas Hertl also scored.

Egor Sharangovich scored his first NHL goal in the final seconds of overtime to lift New Jersey past Boston for coach Lindy Ruff's first victory with the Devils.

Damon Severson made a backhand pass at the edge of the offensive zone to set up the 22-year-old Sharangovich with 1.7 seconds remaining in overtime.

Miles Wood scored for the second consecutive game, and MacKenzie Blackwood made 27 saves for his first victory of the season.

Patrice Bergeron scored for Boston, and Jaroslav Halak made 29 saves.

Flyers' Elliott gets shutout in 3-0 win at Buffalo