As the Los Angeles Rams’ fate became distressingly clear in the final minutes of Saturday’s game, cameras showed a tearful Aaron Donald on the sideline.

The unanimous All-Pro defensive tackle had worked tirelessly to play after a rib injury knocked him out of a playoff victory at Seattle a week earlier, but he clearly wasn’t himself and had just one assisted tackle.

Without Donald in peak form, the NFL’s top defense simply couldn’t slow down the league’s highest-scoring offense. The Green Bay Packers scored on their first five series and beat the Rams 32-18 in the NFC divisional playoffs. 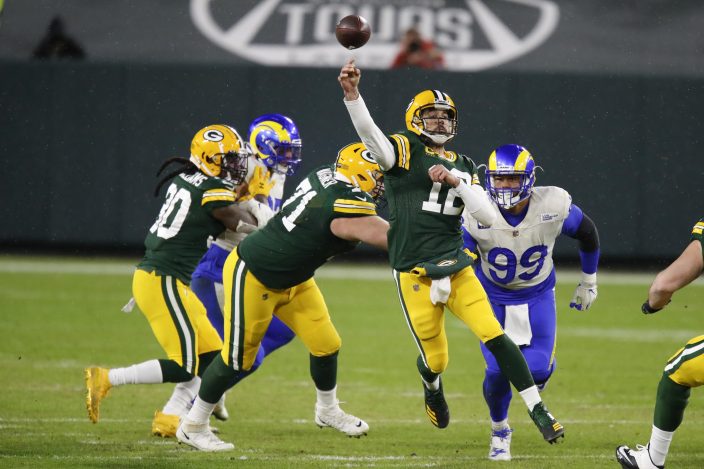 “I love Aaron Donald,” Rams coach Sean McVay said. “It means a lot to him. It’s unfortunate that he wasn’t at full strength today.”

Green Bay scored an NFL-leading 31.8 points per game during the regular season, while the Rams ranked atop the league in most defensive categories. This marked the first time the No. 1 scoring offense and No. 1 scoring defense from the regular season matched up in the postseason since New England’s defense stifled Atlanta’s high-powered offense down the stretch in the Super Bowl on Feb. 5, 2017.

Yet this heavyweight matchup between the Packers’ offense and the Rams’ defense was more like a mismatch for much of the day. 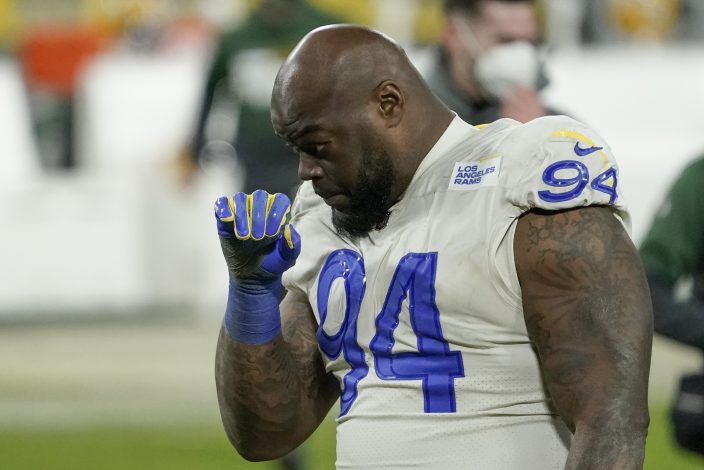 The Rams hadn’t allowed a single run from scrimmage of over 27 yards all season. Green Bay’s Aaron Jones burst through the middle for a 60-yard gain on the first play of the second half.

Los Angeles hadn’t given up more than 390 total yards or 136 yards rushing all season. The Packers gained 484 yards overall and ran for 188. 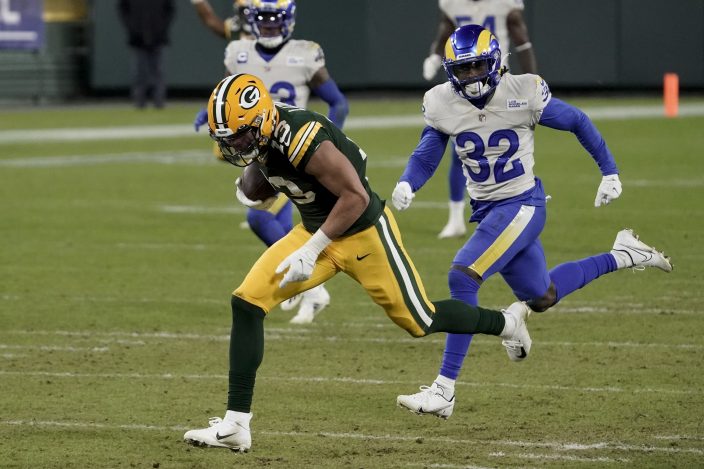 The Rams also had some uncharacteristic mistakes on defense to help Green Bay out.

Green Bay’s first touchdown drive included a personal foul on Donald, who grabbed left guard Elgton Jenkins’ face mask as the two of them tangled after the whistle. Troy Hill couldn’t hang onto a potential interception in the end zone that would have prevented the Packers from adding a field goal just before halftime. 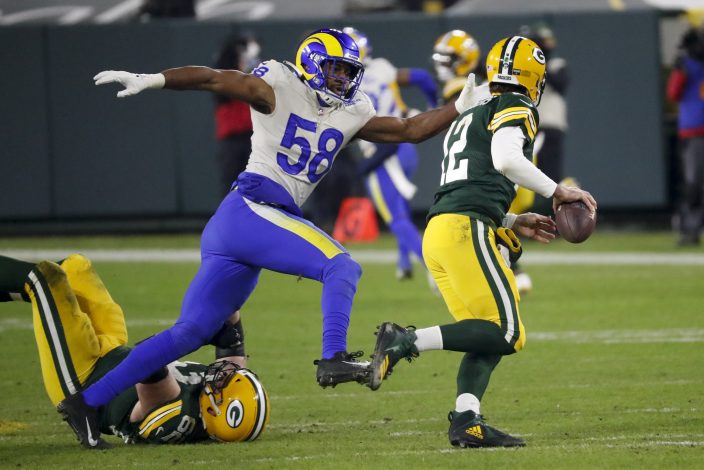 Those errors proved costly on a day when the Rams had no margin for error.

“I feel like it was a perfect storm,” Rams safety John Johnson said. “Every week, you have a plan. You trust in it. You believe in it 100% by the time you get to Saturday or Sunday. And sometimes it just doesn’t work out. We didn’t execute to a high enough level that we needed to.”

The Rams needed a big day from their defense because their offense was missing injured receiver Cooper Kupp and left guard David Edwards. Goff went 21 of 27 for 174 yards and a touchdown less than three weeks after undergoing thumb surgery, while Cam Akers closed his productive rookie season by rushing for 90 yards and a touchdown.

Los Angeles’ defense did settle down enough to give the Rams a chance to tie it late. The Rams got the ball at their own 6-yard line trailing 25-18 early in the fourth quarter, but they couldn’t move it beyond their 32 before punting.

That touchdown made it clear the Rams’ bid for a second Super Bowl appearance in three seasons would fall short. The disappointment was apparent from Donald’s tearful reaction.

“I promise you with this injury, he’ll be working out next week,” Brockers said. “I promise you he’ll be doing something next week. But for him to just feel like he gave everything he had, and he almost felt like he was hindered a little bit with the injury and stuff like that.