One day after Mexico angered U.S. officials by publishing an entire 751-page U.S. case file against former Defense Secretary Salvador Cienfuegos, the Mexican prosecutors who exonerated him released their own version — but with so many pages wholly blacked out it was almost impossible to tell what they'd found.

The report released Sunday by the Mexican Attorney General's Office included a 226-page stretch with every page blacked out, followed shortly thereafter by a 275-page stretch of blacked-out pages.

In the few sections with less redacting, all names and images were blacked out. 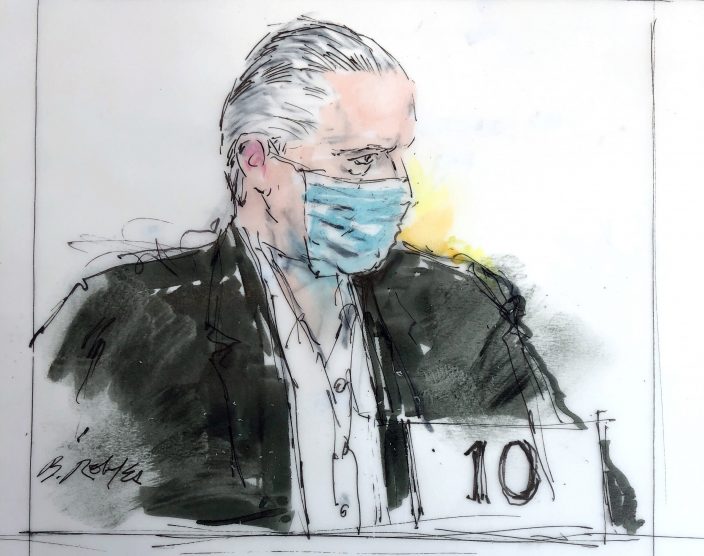 The officials appeared to be struggling to control the damage to the reputation of the justice system after prosecutors took just five days to completely absolve retired Gen. Cienfuegos of U.S. allegations, backed by years of investigation, that he aided drug traffickers in return for bribes.

President Andrés Manuel López Obrador on Saturday dismissed the U.S. case as “fabricated” and his government released the documentation U.S. prosecutors sent when they released Cienfuegos as a diplomatic concession to Mexico and sent him to face investigation at home.

The U.S. Department of Justice said releasing the full report of evidence violated a legal assistance treaty and called into question whether the U.S. can continue to share information. 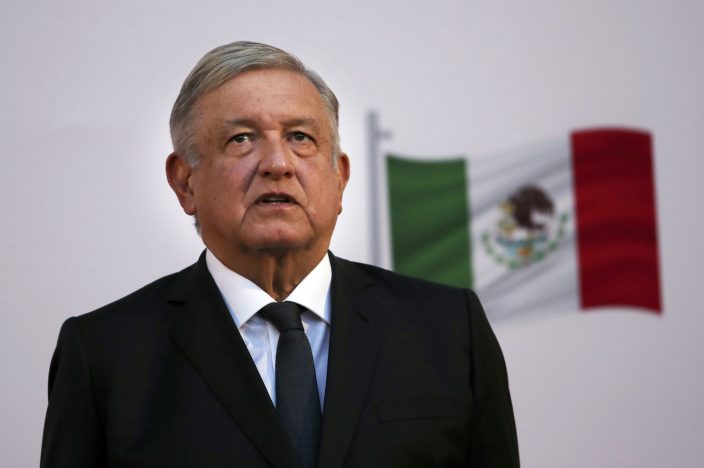 That further embittered security relations strained by the Mexican government’s decision to restrict U.S. agents and remove their immunity even after Cienfuegos was returned home rather than facing trial in the U.S.

The president said that while many Mexicans see U.S. courts as “the good judges, flawless ... in this case, with all respect, those that did this investigation did not act with professionalism.”

In the newly released Mexican report, what little was visible appeared to have involved asking the army to investigate whether the accusations were credible, and relying on what Cienfuegos officially declared in income.

For example, one of the few legible documents is a report by an army communications officer (name redacted) saying that no Army BlackBerries had been officially assigned to Cienfuegos or anyone else.

The 751-page file that U.S. authorities shared with Mexico consists largely of intercepted BlackBerry messenger exchanges between since-slain traffickers describing dealings with a person they identify as Cienfuegos, often referring to him by the nickname “The Godfather.”

López Obrador has leaned heavily on the military for a wide range of projects well beyond security and his government apparently reacted to military outrage at Cienfuegos’ arrest, complaining they had not been briefed adequately on the case by U.S. officials beforehand.

Cienfuegos was arrested in Los Angeles in October, but the U.S. government dropped its charges against him in November after Mexican officials threatened to restrict U.S. agents.

The released U.S. documents include purported intercepted text messages between the leader of the H-2 cartel based in the Pacific coast state of Nayarit and a top aide, who allegedly served as go-between with the general.

In one exchange, Daniel Silva Garate told his boss, Juan Francisco Patrón Sánchez, that he’d been picked up by men with short, military-style haircuts and was taken to Defense Department headquarters in Mexico City for a meeting with “The Godfather.”

Silva-Garate tells his boss the “The Godfather” told him “Now we are going to do big things with you … that what you have done is small-time.”

Patrón Sanchez says he wants unmolested routes to ship drugs from Colombia and Silva Garate texts back, “He says that as long as he is here, you will be free … that they will never carry out strong operations,” or raids.

Silva Garate tells his boss the “The Godfather” told him that, “You can sleep peacefully, no operation will touch you.”

Other exchanges describe The Godfather purportedly offering to arrange a boat to help transport drugs, introducing the traffickers to other officials and acknowledging helping other traffickers in the past.

Mexico clears general, publishes US evidence against him

Mexico clears ex-defense secretary of all US accusations

Mexico charges ex-security chief who faces trial in US

Mexican president: US should probe its ties to ex top cop