Natalie Geisenberger of Germany claimed the 50th World Cup women’s luge win of her career on Sunday, her first since returning to the circuit following a one-year break for the birth of her first child.

Geisenberger was the fastest in both runs and finished about a quarter-second ahead of Austria’s Madeleine Egle. Anna Berreiter of Germany was third.

Geisenberger — who had finished second in each of the season’s first eight races — extended her World Cup points lead over fellow German slider Julia Taubitz to 74 points with three races left. Geisenberger could clinch her eighth overall season title as soon as next weekend’s stop in Innsbruck, Austria. 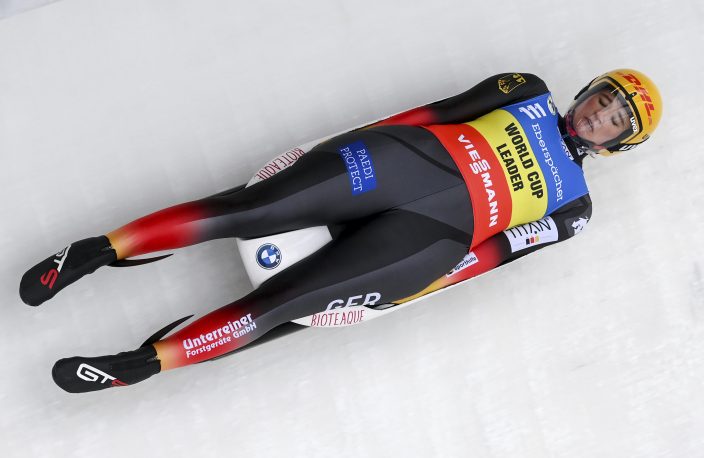 Geisenberger won seven consecutive titles before missing last season, when Taubitz won the crown. A German woman has won the points championship in 22 consecutive seasons, a streak that is almost certain to be extended this season. 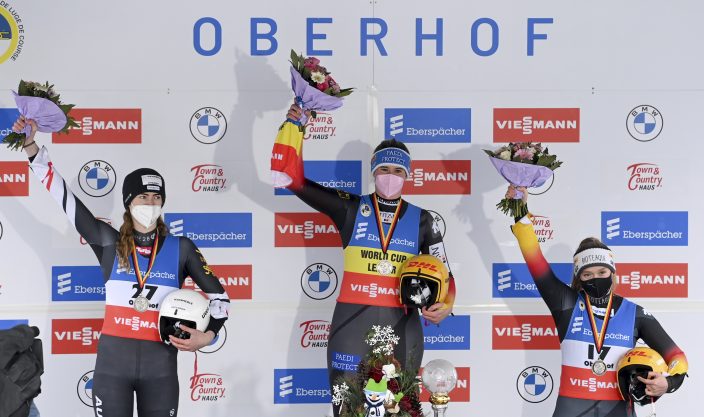 Madeleine Egle from Austria is happy about her second place next to winner Natalie Geisenberger from Germany and third-placed Anna Berreiter from Germany, from left, after the luge World Cup in Oberhof, Germany, Sunday, Jan. 17, 2021. (Hendrik Schmidtdpa via AP)

Mexico City has launched the first ...