Jake Guentzel beat Ilya Samsonov in the fourth round of a shootout and the Pittsburgh Penguins picked up their first win of the season with a 4-3 victory over Washington on Sunday.

Casey DeSmith turned aside 20 shots in regulation and overtime then turned aside T.J. Oshie, Nicklas Backstrom, Evgeny Kuznetsov and Alex Ovechkin in the shootout as the Penguins avoided their first 0-3 start since 2015-16.

Evan Rodrigues, Colton Sceviour and Marcus Pettersson all scored their first goals of the season for Pittsburgh. 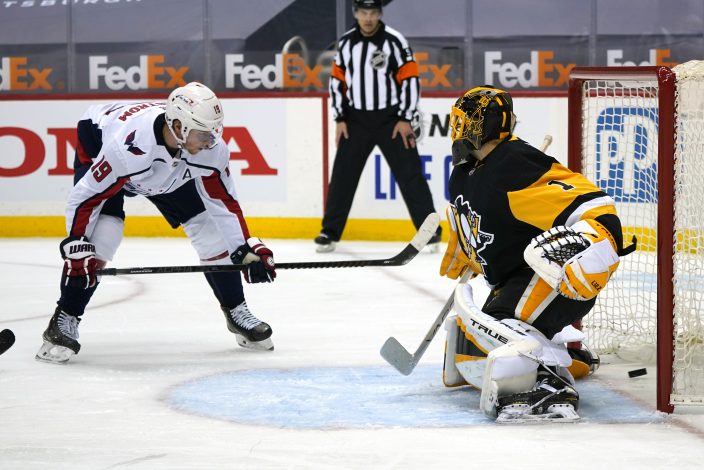 Ovechkin got his 707th career goal to move within one of Hall of Famer Mike Gartner for seventh on the all-time list. Backstrom and Nic Dowd also scored for Washington, which was looking to begin the season 3-0 for the first time since 2011-12. Samsonov finished with 24 saves and turned aside Sidney Crosby, Kris Letang and Evgeni Malkin in the shootout but let Guentzel's wrister slip between his legs and the Penguins poured over the bench after a successful return to PPG Paints Arena after 316 days away.

Pittsburgh came in reeling after opening the truncated season by getting swept in Philadelphia. Tristan Jarry, elevated to the team's No. 1 goaltender following the offseason trade of two-time Stanley Cup winner Matt Murray, allowed nine goals on the first 31 shots he faced. While coach Mike Sullivan remains confident Jarry will be fine, he turned to DeSmith to help Pittsburgh avoid the 0-3 start.

Rodrigues beat Samsonov 19 seconds into the game to give the Penguins an early lead and DeSmith a little boost. Washington responded to move in front by the end of the period thanks in part to Tom Wilson, who helped set up Ovechkin's goal by knocking the stick out of Crosby's hands then forcing Pittsburgh defenseman John Marino into a turnover that eventually found its way to a streaking Ovechkin. 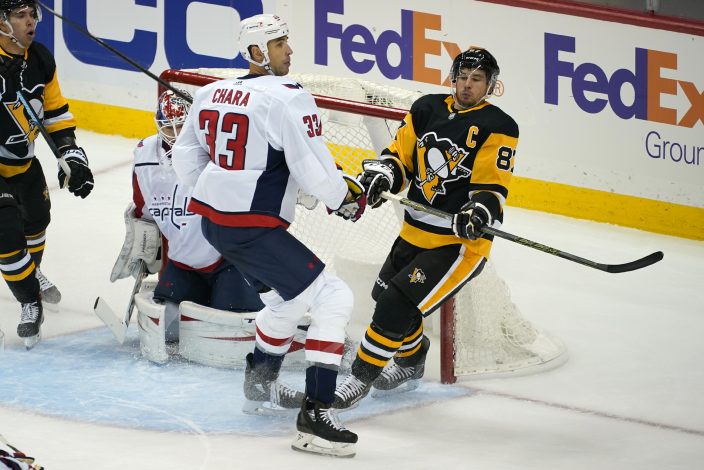 Pittsburgh scrambled to tie it twice in the second. Sceviour took advantage when Samonsov got caught loafing after playing the puck behind the net. Teddy Blueger picked off the pass and fed it to a wide-open Sceviour in front for his first goal with the Penguins. Backstrom's tap-in power-play goal just past game's midway point restored Washington's advantage, but Pettersson uncharacteristically jumped into the play and hammered one home from the slot less than three minutes later to pull the Penguins even.

The teams tightened up in the third period, though each missed opportunities during a wide-open three-on-three overtime. 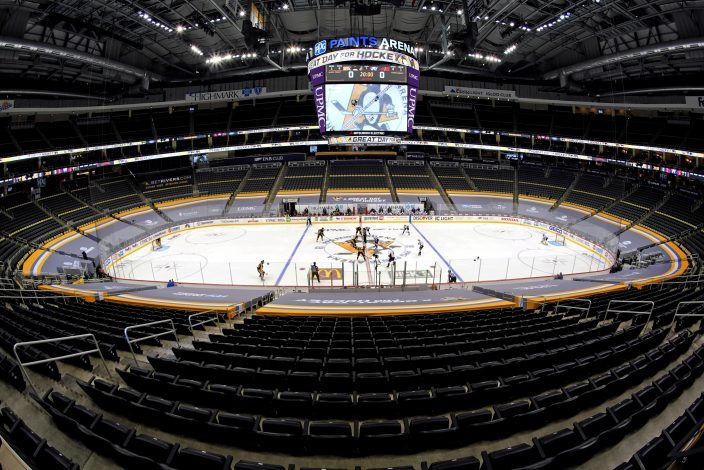 The Pittsburgh Penguins face off in the first period of an NHL hockey game against the Washington Capitals with no fans in attendance at PPG Paints Arena in Pittsburgh, Sunday, Jan. 17, 2021. It is the season home opener for the Penguins. (AP PhotoGene J. Puskar)

The teams finish their early two-game set on Tuesday. Their next games after that are on Feb. 14 and Feb. 16 in Pittsburgh. 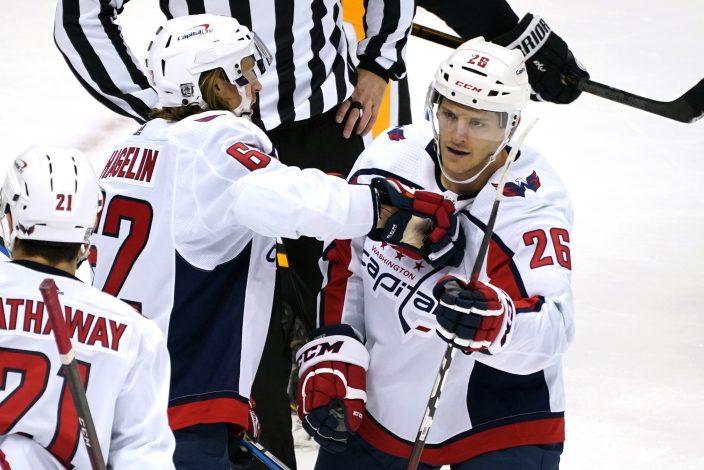 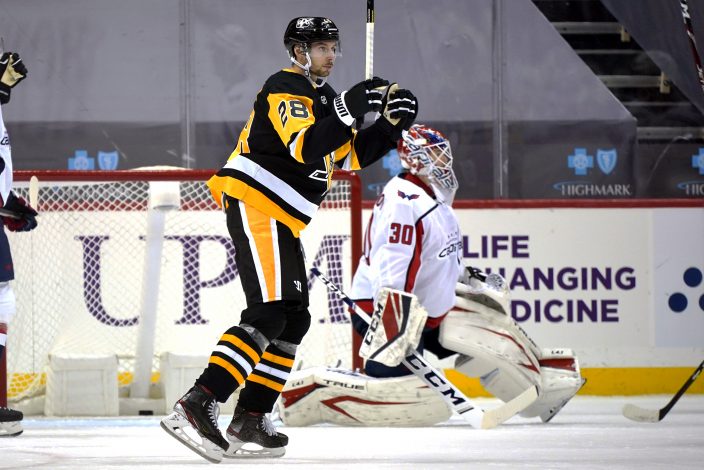 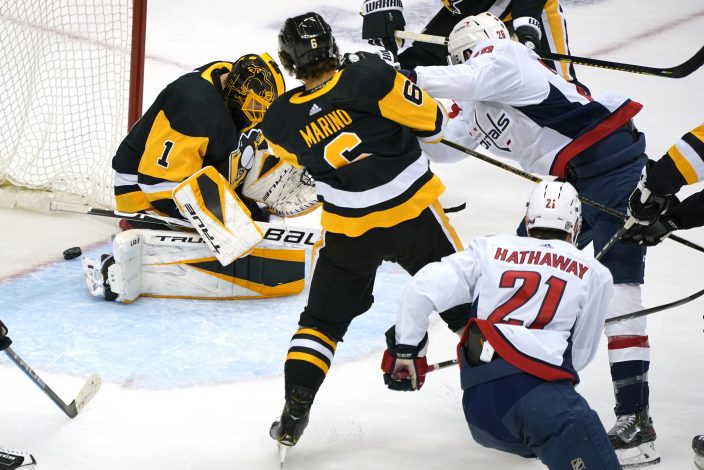 No. 1 Gonzaga 2 wins away from joining rare NCAA compan ...

In the aftermath of completing the ...