Julius Randle scored 20 points with 12 rebounds and RJ Barrett had 19 and 11 on Sunday to help the New York Knicks snap a five-game losing streak and beat the Boston Celtics 105-75.

Jaylen Brown scored 25 for Boston, which had won five in a row but suffered its biggest blowout and lowest-scoring output of the season.

All-Star point guard Kemba Walker made his season debut after missing the first 11 games with a left knee injury but left in the third quarter after hurting his ribs. Fellow Boston All-Star Jayson Tatum missed his second straight game with COVID-19. 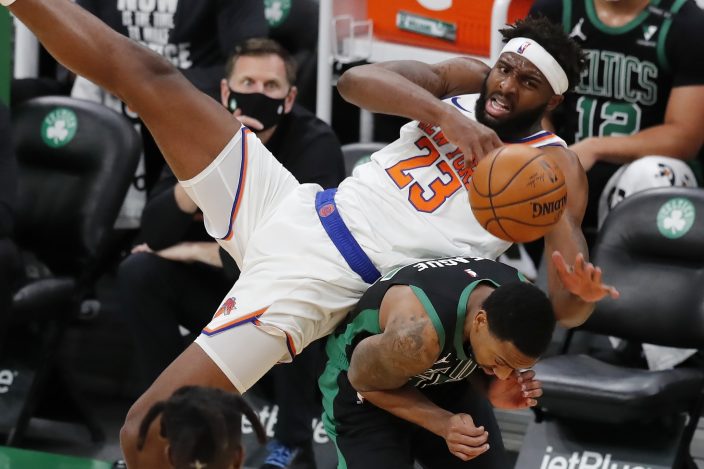 The Knicks led by as many as 11 in the first quarter and made it 15 in the second before scoring the first 10 points in the third quarter to open a 58-35 lead. The Celtics never got closer than 18 after that.

Walker went down after taking a shot to the ribs in the third quarter and headed to the locker room. There was no immediate update on his condition, but he already had played 20 minutes, which was his limit. 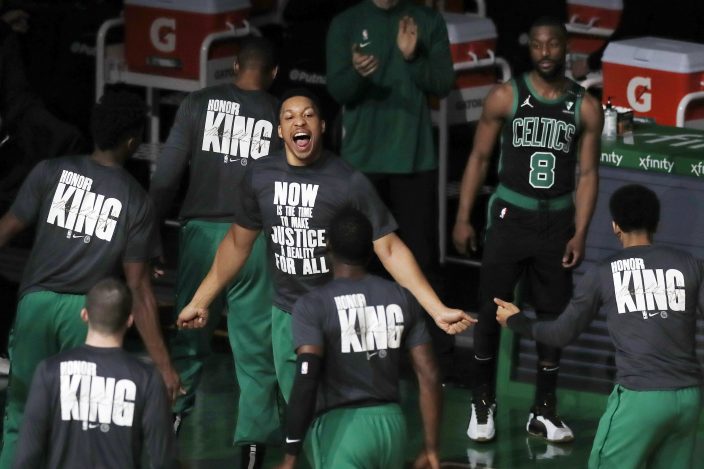 He scored nine points on 3-of-13 shooting, adding three rebounds, four assists and three steals but committing five turnovers. He was 1 for 8 from 3-point range.

Knicks: Coach Tom Thibodeau, who was an assistant on the Celtics team that won the 2008 NBA title, celebrated his 63rd birthday. ... Mitchell Robinson, who entered the game with a right heel bruise, left in the first quarter when he landed badly after being undercut by Jeff Teague. Robinson needed help getting up and limped off the court, but he returned in the second quarter. 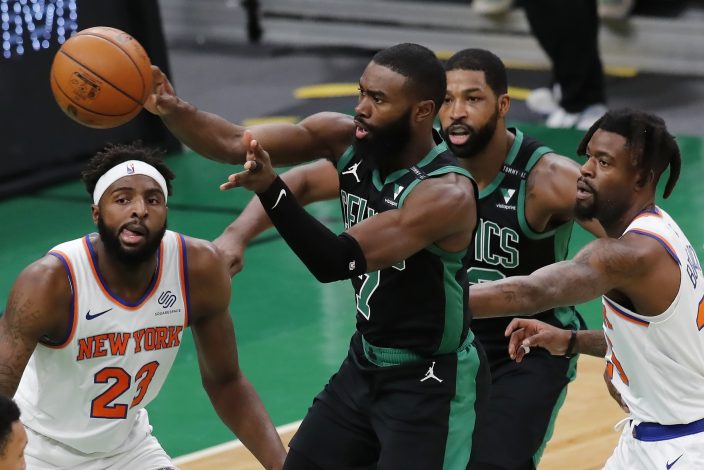 Celtics: The 35 points was the Celtics' lowest-scoring half of the season. Boston's previous lowest scoring game was 93 points against Detroit on New Year's Day. The biggest blowout was a 28-point loss to the Nets on Christmas. ... Tatum has not played since Jan. 8. He has missed two games and three others were postponed because one or both teams didn’t have enough healthy players. ... Marcus Smart was 4 for 15 from the field, missing all seven 3-point attempts.

Knicks: Return home to face the Magic on Monday before a four-game West Coast swing. 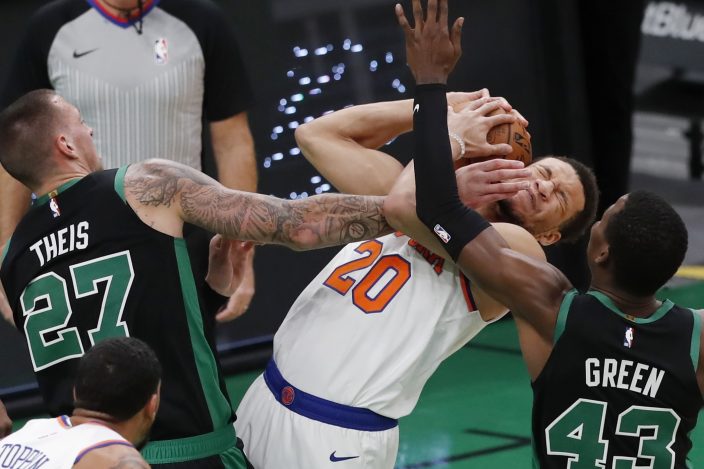 Celtics: At 76ers on Wednesday for the first of two successive games in Philadelphia. 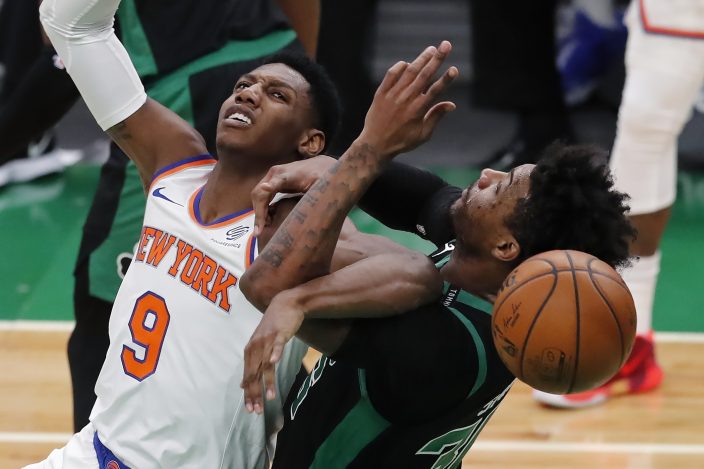 New York Knicks' RJ Barrett (9) and Boston Celtics' Marcus Smart (36) battle for the ball during the first half of an NBA basketball game, Sunday, Jan. 17, 2021, in Boston. (AP PhotoMichael Dwyer) 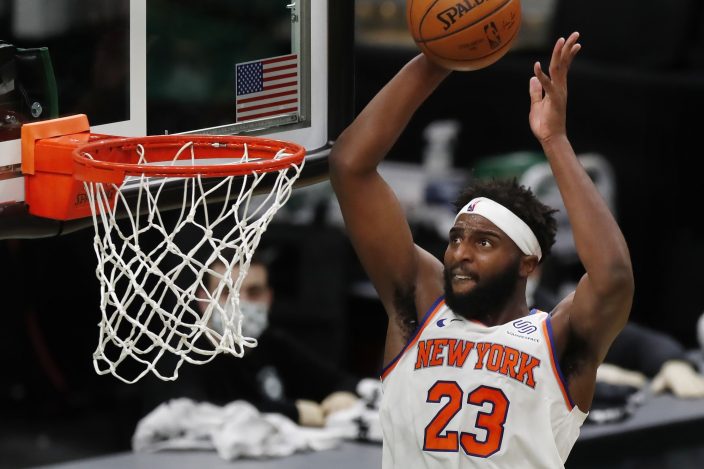 New York Knicks' Mitchell Robinson dunks during the second half of an NBA basketball game against the Boston Celtics, Sunday, Jan. 17, 2021, in Boston. (AP PhotoMichael Dwyer)

Mets' Lugo on track to resume throwing around open ...

Kevin Love's devotion to raising a ...