James Harden forced his way out of Houston without bringing the Rockets an NBA title.

Now that he’s in Brooklyn, the Rockets hope the huge haul of draft picks they received in the trade will allow them to chase championships in the future. 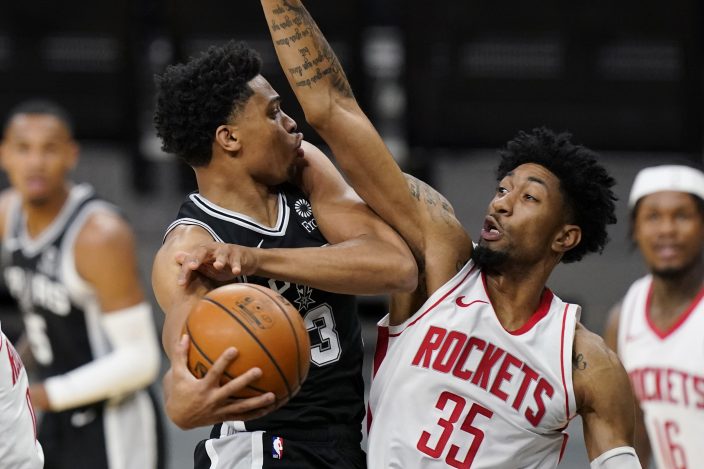 Houston dealt Harden to the Nets last week, a day after he said the Rockets weren't “good enough,” in a four-team trade that also involved Cleveland and Indiana. The Rockets didn’t receive a franchise cornerstone in the deal but got many draft picks that should position them to build a talented roster.

Houston acquired three players in the deal, getting Victor Oladipo from the Pacers, Dante Exum from the Cavaliers and Rodions Kurucs from the Nets. 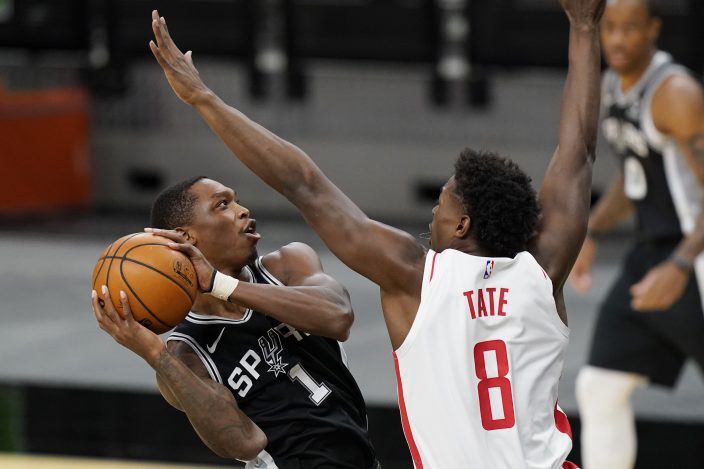 While the trade should benefit the Rockets in the long run, it doesn’t leave them in a great position this season. In eight full seasons with Harden, the Rockets never missed the playoffs and reached the Western Conference finals twice. Houston hasn’t won a championship since winning consecutives titles in 1994 and ’95 with Hall of Famer Hakeem Olajuwon.

This season, the Rockets don’t have a realistic chance of contending for a title and it might be a stretch for them to continue their postseason streak. Houston entered Sunday tied with New Orleans for the second-worst record in the West at 4-7. 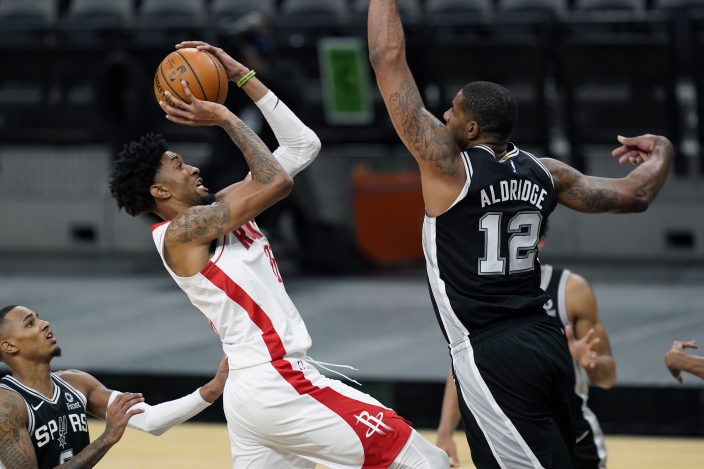 With Harden gone, the Rockets are led by five-time All-Star point guard John Wall, who was acquired from Washington for Russell Westbrook just before the season. Houston also has veterans P.J. Tucker, Eric Gordon and DeMarcus Cousins and the team is excited about the potential of Christian Wood, Jae’Sean Tate and Sterling Brown.

“We have a really interesting crew,” Stone said. “And our goal is to compete and really put a fun team on the court that that really gets after it.”

First-year coach Stephen Silas has been particularly impressed with Wood's performance. The 25-year-old center has played for six teams in five seasons but seems to have found his groove with the Rockets. 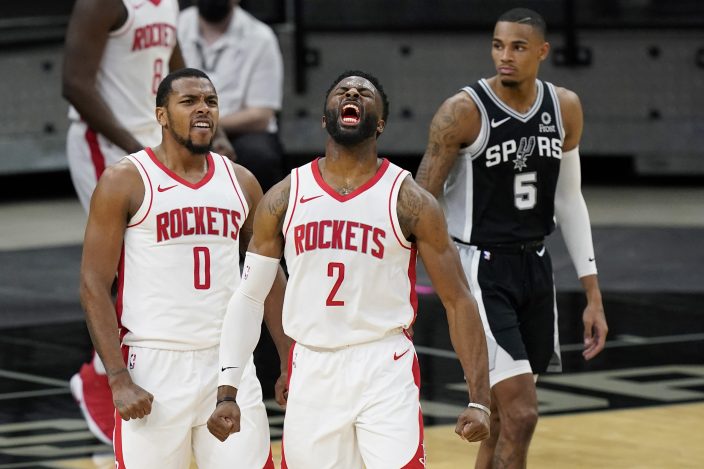 Wood leads the team by averaging a career-high 23.2 points and 10.9 rebounds. He’s also first on the Rockets and fourth in the NBA in blocks per game at 1.9.

Harden's desire to get out of Houston had been a dark cloud hanging over the team. Now that the situation is resolved, the Rockets hope things will improve on and off the court.

“I think it just gives us a chance for a real direction ... so we can just move forward with what each player needs to do,” Gordon said.

Silas, who was an NBA assistant for two decades before being hired in Houston, has had a turbulent start to his tenure while dealing with the Harden situation and the league's COVID-19 protocols.

He was asked to grade his performance so far.

“If I had to give myself a grade, I would maybe say ‘incomplete’ just because we haven’t had a complete full roster and practice time and all of the things that you need in order to put your stamp on a team,” he said. “But I’m doing the best that I can and I think it has been pretty good.”

Oladipo practiced Sunday for the first time since the trade and is expected to make his debut on Monday when the Rockets visit Chicago. In the last year of a four-year, $85 million contract, Oladipo is focused on the present.

Mexico City has launched the first ...