John Stones scored his first Premier League goals for Manchester City in a 4-0 victory over Crystal Palace to help his team leap up to second in the Premier League on Sunday.

The defender netted twice and Ilkay Gundogan and Raheem Sterling also scored fine goals as City claimed a fifth successive win by overpowering a Palace side missing Wilfried Zaha at the Etihad Stadium.

City moved above Liverpool after the champions drew 0-0 with Manchester United, which has played a game more than its neighbor. 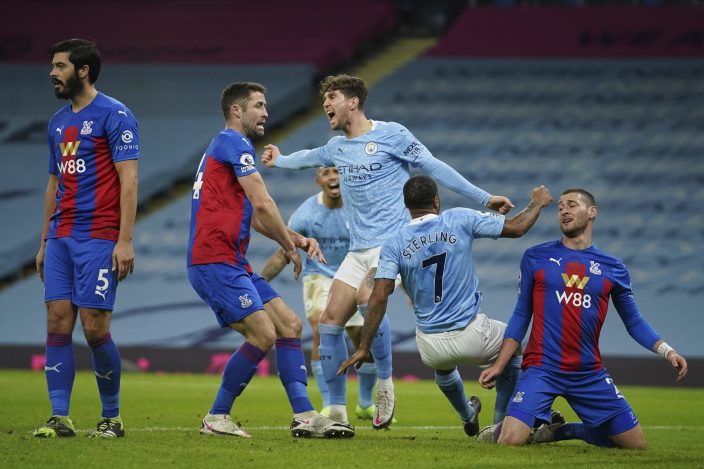 After taking time to warm up, City began to threaten midway through the first half as Kevin De Bruyne had a curling effort deflected wide. Sterling, Gundogan and De Bruyne then all had powerful efforts blocked in quick succession following the resulting corner.

The opening goal came after some De Bruyne brilliance in the 26th minute. The Belgian brilliantly controlled a cross-field pass from Sterling on the left and instinctively curled a cross into the area with the outside of his right boot.

Stones, in his fifth season at City, read it perfectly and rose to head home his first of the night. He temporarily forgot the new protocols regarding goal celebrations as he ran off toward the corner flag and accepted a hug from Ruben Dias and Gabriel Jesus. De Bruyne showed more restraint as he fist-bumped Kyle Walker in recognition of what was his 100th assist for City. 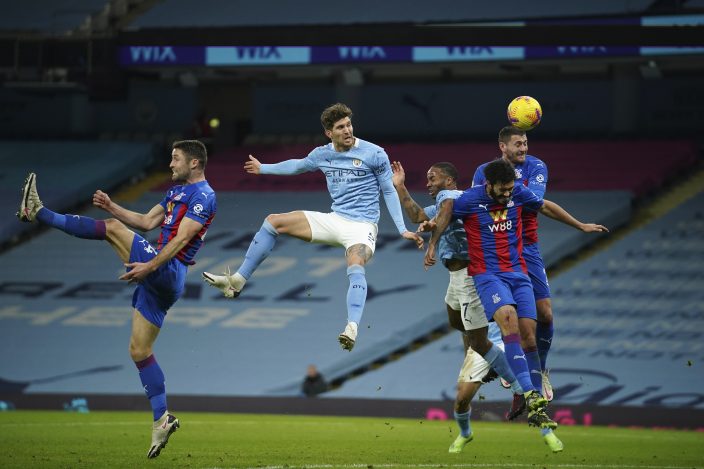 Gabriel Jesus threatened soon after from Gundogan's flick-on but his header was easily saved by Vicente Guaita.

The second goal arrived 11 minutes into second half. It was all Gundogan’s own work as he won the ball from Andros Townsend and then curled a shot into the top corner from the edge of the area.

This time there was a comic element to the celebrations as Gundogan accepted congratulatory hugs from his teammates only for Fernandinho to come along and remind of the need to keep their distance. After that, fist-bumps seemed to suffice. 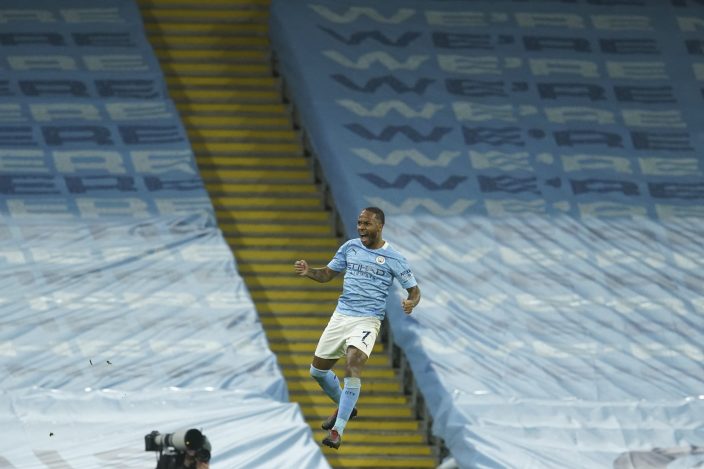 De Bruyne fired another shot narrowly wide before City got its third in the 68th. Guaita did well to keep out a firm header from Dias but the ball rebounded to Stones, who lashed it back into the net almost instinctively.

Sterling, making up for the frustration of a missed penalty in midweek, wrapped up a fine night’s work for City when he curled home a free kick from the edge of the area in the 88th.

Palace is 13th in the 20-team standings.