Coronavirus infections in the Philippines have surged past 500,000 in a new bleak milestone with the government facing criticism for failing to immediately launch a vaccination program amid a global scramble for COVID-19 vaccines.

The Department of Health reported 1,895 new infections Sunday, bringing confirmed coronavirus cases in the country to 500,577, the second highest in Southeast Asia. There have been at least 9,895 deaths.

The Philippines has been negotiating with seven Western and Chinese companies to secure 148 million doses of COVID-19 vaccine but the effort has been fraught with uncertainties and confusion. About 50,000 doses from China-based Sinovac Biotech Ltd. may arrive later next month followed by much larger shipments, according to the government, but concerns have been raised over its efficacy. 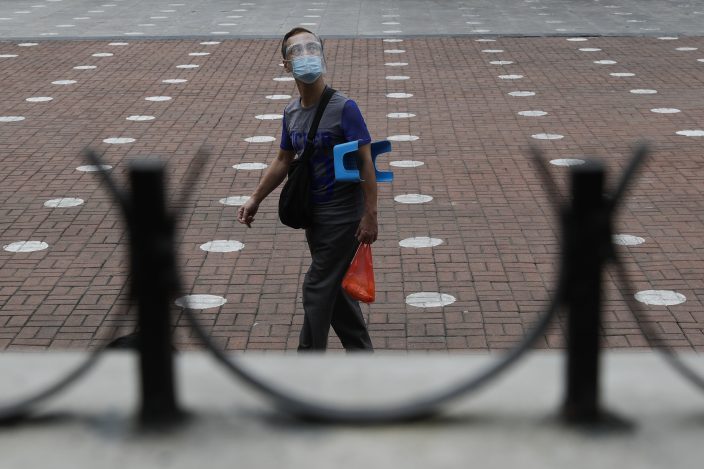 A man wearing protective mask and shield walks past social distance markers placed outside the Santo Nino Parish at Tondo district, Manila, Philippines on Friday, Jan. 15, 2021. The Manila city government said that the usual festivities are prohibited during the upcoming feast day of Santo Nino or Baby Jesus in Tondo and Pandacan to curb the spread of COVID-19 infections. Masses will be held at the church under strict health protocols this weekend. (AP PhotoAaron Favila)

President Rodrigo Duterte says securing the vaccines has been difficult because wealthy nations have secured massive doses for their citizens first.

Duterte’s elite guards have acknowledged they have been inoculated with a still-unauthorized COVID-19 vaccine partly to ensure that they would not infect the 75-year-old president. The disclosure set off a flurry of criticism, including from senators, who moved to investigate the illegal vaccinations of the presidential guards, but Duterte ordered his guards not to appear before the Senate. 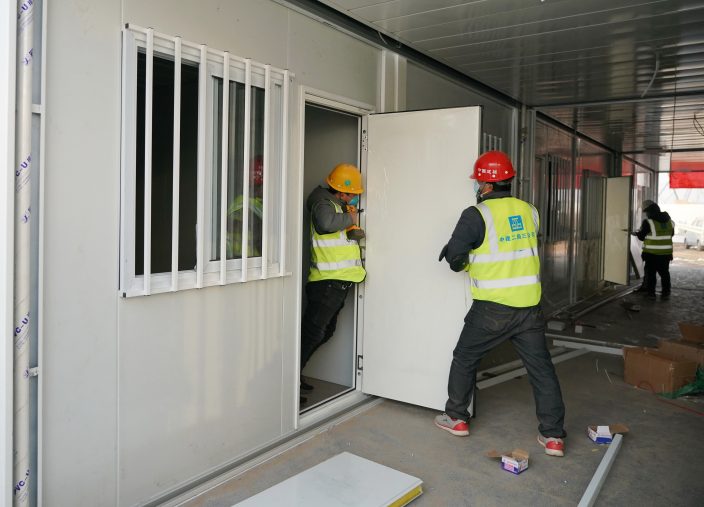 In this photo released by China's Xinhua News Agency, workers install doors at a large centralized quarantine facility capable of holding several thousand people in Shijiazhuang in northern China's Hebei Province, Saturday, Jan. 16, 2021. China on Saturday finished building a 1,500-room hospital for COVID-19 patients in Nangong, south of Beijing in Hebei Province, to fight a surge in infections the government said are harder to contain and that it blamed on infected people or goods from abroad. (Yang ShiyaoXinhua via AP)

— A Chinese province grappling with a spike in coronavirus cases is reinstating tight restrictions on weddings, funerals and other family gatherings, threatening violators with criminal charges. The notice from the high court in Hebei province did not give specifics, but said all types of social gatherings were now being regulated to prevent further spread of the virus. Hebei has had one of China’s most serious outbreaks in months that comes amid measures to curb the further spread during February’s Lunar New Year holiday. Authorities have called on citizens not to travel, ordered schools closed a week early and conducted testing on a massive scale. Hebei recorded another 54 cases over the previous 24 hours, the National Health Commission said on Monday, while the northern province of Jilin reported 30 cases and Heilongjiang further north reported seven. Beijing had two new cases and most buildings and housing compounds now require proof of a negative coronavirus test for entry.