Nearly two hours after the New Orleans Saints' season had ended, Drew Brees stood on the Superdome field in street clothes, throwing passes to his children while his wife, Brittany, captured images of those moments with her cell phone.

Brees routinely throws the ball around with his kids after home games, but after a 30-20 playoff loss to the Tampa Bay Buccaneers on Sunday night, he lingered longer than usual — and there was no telling whether that familiar postgame scene would play out again. 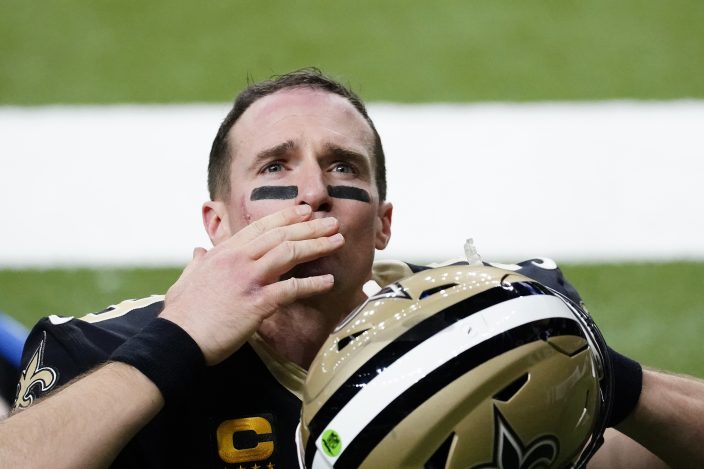 Brees threw three interceptions, his most in 18 postseason appearances. His 134 yards passing were a career-playoff low. And because of COVID-19 restrictions, there were fewer than 4,000 fans in the 73,000-seat Superdome to bid him farewell — if indeed it was his final game in a Saints uniform.

For now, Brees won't say. But he's also said nothing that would lead one to believe he's prepared to play next season, his last under contract.

“I’ll answer this question one time and that is that I”m going to give myself an opportunity to think about the season, think about a lot of things just like I did last year and make a decision,” Brees said. 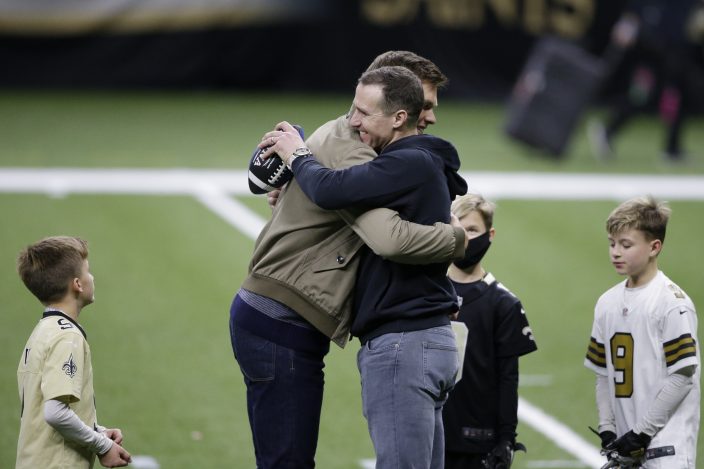 That decision for the NFL's all-time leader in yards passing will come after a fourth straight season that saw the Saints (13-5) win 11 or more games and go to the playoffs, only to come up short of the Super Bowl.

This season, Brees missed four games with multiple broken ribs and a punctured lung, but came back in time to see New Orleans through to its fourth straight NFC South crown and a convincing playoff victory over Chicago in the wild-card round.

“I would never regret it. Never. No complaints, no regrets," Brees said. "I’ve always tried to play this game with a great respect and a great reverence for it, and I appreciate all that this game has given to me. 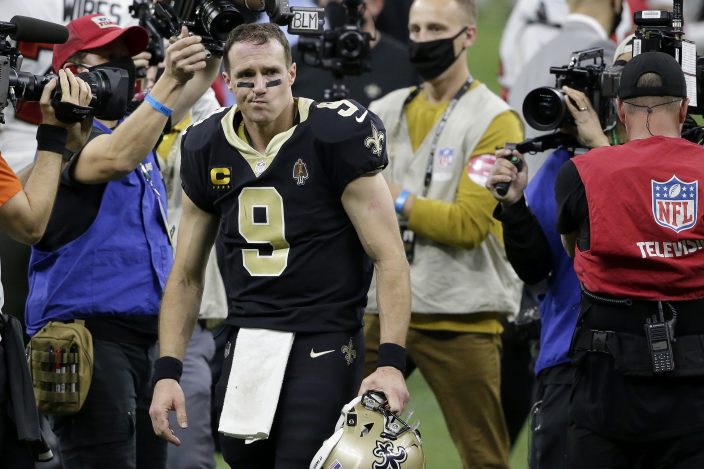 “There are obviously so many incredible memories and so many incredible relationships that have come as a result of playing this game,” Brees continued. "You find out so much about yourself and you have to fight through so much when you play this game. And I’d say this season I probably had to fight through more than I’ve ever had to in any other season in my career, from injury to all the COVID stuff, to just crazy circumstances. And it was worth every moment of it. Absolutely.”

Brees said the way this season ended “won't have anything to do” with his decision on whether to retire.

As for what will go into the decision, Brees said, “I’ll keep that to myself right now.” 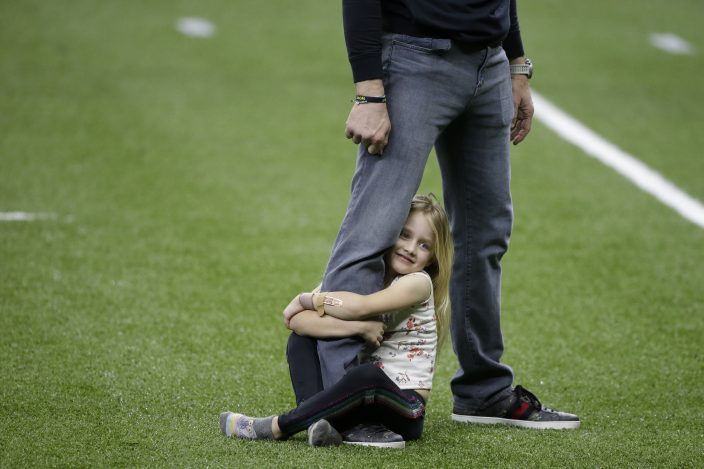 Saints coach Sean Payton seemed to be taking his cue from Brees when he, too, sidestepped a question about what his decade-and-a-half relationship with Brees has meant to him.

“That's probably for another press conference,” Payton said. “Obviously he's been tremendous for this team, this city. I could go on and on, but let's wait and answer that at the right time.”

Other teammates didn't wait, though.

“He’s been everything you could imagine a leader could be,” said Saints defensive end Cameron Jordan, Brees' teammate since 2011. "He’s the first one in, the last one out. Every stereotypical leadership core value you think of, Drew has. He exemplifies everything that he does in terms of wanting to be a better teammate.”

Veteran linebacker Demario Davis said playing with Brees has meant “everything” to him.

“When I came to New Orleans, I wanted to help Drew Brees win another Super Bowl because I feel like he deserves it for the accomplishments that he’s had,” Davis said. "I wanted him to have some more championship trophies on the mantle.

“He’s a great teammate, a great leader, a great man, a great husband and a great father,” Davis added. “He’s just an example for all us to try to emulate.”

Brees, who brought the Saints their only Super Bowl appearance and win in the 2009 season, is not only the all-time leader in yards passing with 80,358, but also completions 7,142. He began this season first in touchdowns, but is now second with 571, behind the 581 of Tampa Bay's Tom Brady, who is moving on to his 14th conference title game at age 43.

When the game ended, Brees greeted a couple of Bucs players, including Brady, who he's known since college, and then pointed to the stands and blew kisses as he jogged to the tunnel leading to the Saints locker room. When he first emerged from the locker room back onto the field in street clothes, he shared a long embrace with Brittany while his three sons and daughter played nearby.

“I always soak in the moment and I’m looking up at my family and blowing kisses to my wife and my daughter and fist-pumping my boys,” Brees said. "They’ve become so much a part of this as my kids have gotten older, and they are so invested in this as well. That’s what makes the moment special, to be able to share it all together.”