An auction house trying to raise money for a youth charity by soliciting bids to blow up a former casino once owned by President Donald Trump called off the effort Monday after receiving a cease-and-desist letter from conservative billionaire Carl Icahn.

Icahn told The Associated Press his philanthropic arm will donate $175,000 to the Boys and Girls Club of Atlantic City to replace money that would have been raised by a charity auction of the right to press the button to demolish the former Trump Plaza casino.

He owns the former casino, which has been in the process of demolition for months. 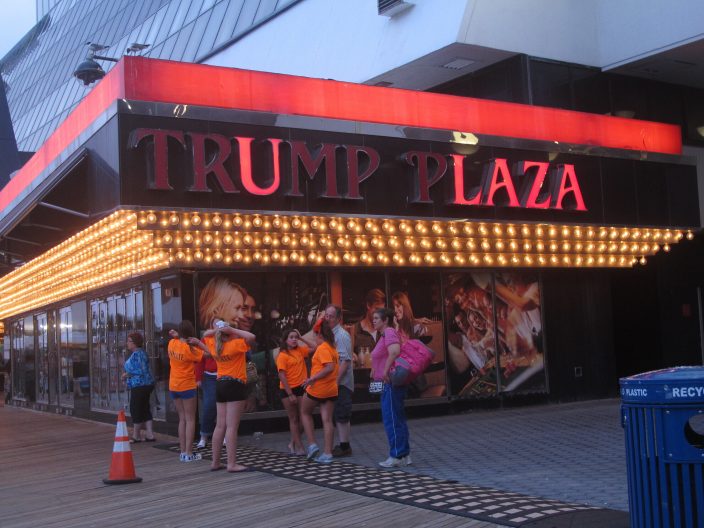 This July 24, 2014 photo shows a partially burnt-out sign on the exterior of the Trump Plaza casino in Atlantic City, N.J. On Jan. 18, 2021, an auction house soliciting bids for the right to press the button to implode the shuttered casino stopped the effort after receiving a cease-and-desist letter from billionaire Carl Icahn, who owns the property. Icahn says the auction would have promoted something her considered to be a safety risk, and said he will replace the $175,000 that would have gone to the Boys Girls Club of Atlantic City. (AP PhotoWayne Parry)

Icahn's decision came shortly after Bodnar's Auction canceled its solicitation of bids, citing a letter from Icahn's company instructing it not to proceed with the auction because it considered the public “spectacle” to be a safety risk, with the possibility of flying debris injuring the person pressing the demolition button, or others gathered nearby.

“From the beginning, we thought the auction and any other related spectacle presented a safety risk, and we were always clear that we would not participate in any way,” a spokesman for Icahn said in a statement.

Last month, Atlantic City Mayor Marty Small announced the auction as a fundraising mechanism he hoped would raise in excess of $1 million for the organization.

Opened in 1984, Trump’s former casino was closed in 2014 and has fallen into such a state of disrepair that demolition work began last year. The remainder of the structure was to have been dynamited on Jan. 29, but that date has been pushed back.

Small said he will announce the new demolition date on Thursday.

The auction house said Monday it had no choice but to cancel the auction after hearing from Icahn's company.

“After exhausting every avenue to bring the parties together to make this exciting event happen, we received the final decision from (Icahn) that we must cease and desist," Bodnar Auctions wrote in a post on its website.

Company owner Joseph Bodnar told The Associated Press Monday he is working with Small to come up with a future auction “if possible.”

Small acknowledged the auction's cancellation and praised Icahn for replacing the money it would have raised.

“We agree with Mr. Icahn that public safety is paramount,” he said. “It is very important that we maintain a positive relationship with Mr. Icahn because the next conversation we need to have is what should be developed there."

Trump, then a real-estate developer, opened the casino in a prime spot at the center of Atlantic City’s Boardwalk where the Atlantic City Expressway deposited cars entering the resort. It was the site of many high-profile boxing matches, which Trump would regularly attend.

Trump cut most ties with Atlantic City in 2009 aside from a 10% fee for the use of his name on what were then three casinos in the city. That stake was extinguished when Icahn took ownership of the company out of bankruptcy court in February 2016.